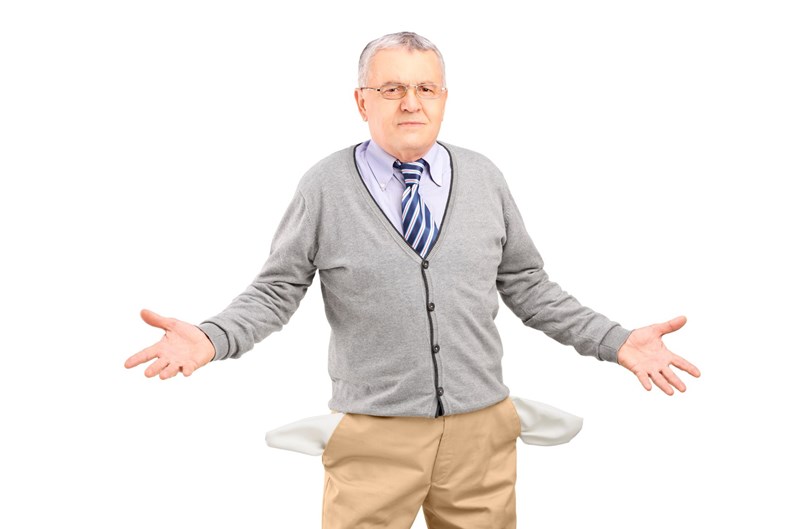 The majority of co-op and condo residents pay their monthly maintenance fees on time and in full with no problem. The recent recession, however, changed the picture drastically for residents who found themselves laid off, under-employed, or with reduced work hours and could not afford to keep up with the payments. Even absent a major national economic upheaval, other life changes—such as an illness, divorce, or death of a loved one—can also cause unit owners to fall behind.

Albert M. Kushnirov, CPA and president of Greenberg & Brennan, CPAs, PC in New York City says that co-ops handle arrears a little differently. “When it comes to collection, a co-op comes before a bank. So a co-op can push for the sale of an apartment and collect any arrears first; the balance would then be applied to pay the mortgage.”

What’s interesting is that every few years the main reasons for being delinquent on maintenance fees seem to change,” says Ralph C. Ruocco, Esq. an attorney with Florida-based Glazer & Associates, P.A. “Recently, I have seen unit owners on fixed incomes struggling to pay monthly assessments that are naturally increasing due to the increase in the cost of living.”

Ruocco says that some unit owners who do not pay fall into arrears because they're already past the point of foreclosure proceedings and are simply in a waiting game. “They're upside-down on their mortgages and are simply living out their final months in the community assessment-free,” he says. “While it varies in severity, if you show me a random community of over 50 units, odds are that their receivables are in the thousands of dollars—and more likely the tens of thousands.”

When in tough financial straits, most condo owners will pay their mortgage first, believing that their condo building or homeowners association does not have the ability to foreclose on their home. Actually, says Ruocco, “They could not be more misguided. In fact, if you have to make a choice between paying your mortgage or your association fees, you should pay your association. Association foreclosures are much faster, and definitely have fewer defenses available. Essentially, if you hold title and you do not pay your assessments, you can lose your home.”

Then there's the matter of late fees charged by the building or HOA itself. Once residents fall behind, late charges make the problem even worse. “Usually late fees start at $25-$50 per month and sometimes increase each month that an owner’s account is delinquent,” says Stephen M. Lasser, a managing partner with Lasser Law Group PLLC in New York City. That may not seem like big bucks, but Lasser cautions that: “Courts will not uphold a late fee that is deemed to be confiscatory, so boards should try to impose late fees that are reasonable compared to the amount of base monthly charges and assessments owed by an owner.”

All this is not to say that a condo or co-op board must be pitiless when it comes to collecting past-due common charges. Life isn't always smooth, and sometimes all a resident needs is a little help getting back on his or her feet. Take Mr. Smith, for example. This hypothetical condo resident has been working as a real estate agent for the last 10 years, but when the recession hit, sellers couldn’t sell, and buyers stopped buying. Like many who rode high on the housing bubble at first, Mr. Smith didn’t plan for such a drop in income, and when the bottom fell out of the housing market, he fell behind on his common charges. Fortunately, he had the presence of mind to reach out to his board before things got too out of hand, and was able to explain his situation rather than just not paying without offering any explanation. Now that the market has turned around a bit, Mr. Smith can see the light at the end of the tunnel. By alerting the board to his situation and working with them in good faith to get caught up, he has avoided compounding financial difficulties into a real catastrophe and his condo association has recouped the income it lost when he wasn't paying.

“If a person has a hardship situation, such as becoming unemployed, for example, a board has discretion to offer a repayment plan that allows an owner to pay his or her arrears over time,” says Lasser. “However, any such payment plan should require the owner to pay current charges as well as a portion of his or her arrears balance, so that the balance becomes smaller each month.”

The repayment plan can also waive late fees or interest on the back end, subject to all payments being timely made under the agreement.“This provides the delinquent owner with a financial incentive and benefit to follow his or her repayment plan strictly,” says Lasser.

It takes a team to make sure that the residents are making their payments and paying back what they owe. “Management’s role would be diligently trying to collect arrears, sometimes setting a payment plan (with late fee still being charged) and to make sure the fees are charged accurately and according to the late fee policy of the building,” says Kushnirov. “Management also engages attorneys to go after the non-payers. The attorney’s fees are charged back to the non-paying shareholder or unit owner.” As for a building or HOA's own financial advisors, Kushnirov says that “Accountants are not very involved in this process. As auditors, we just make sure management charges late fees, and does so according to policy.”

Mr. Smith’s situation was only temporary and ultimately worked out well, but unfortunately, not every resident has such an amicable board, or such an easily-resolved situation.

If a voluntary repayment plan cannot be arranged, then a board can take matters to the next level. “It's prudent operating procedure for boards to initiate collections proceedings if an owner is more than 60 days in arrears—two months of charges, in other words” says Ruocco. “A co-op has a first lien against its shareholders’ stock certificates and leases, as well as a landlord-tenant relationship. Condo associations have a second lien priority and no landlord-tenant relationship with its unit owners. The collection process is generally easier for co-ops due to these differences between them and condo associations.”

Consider Mrs. Jones, another hypothetical resident. She might have been frustrated when she overheard that Mr. Smith was late in his payments, she had no reason for concern, yet. “Boards usually plan their budgets based on the assumption that owners will pay their monthly charges,” says Lasser. “However, if there is not sufficient cushion in the building’s budget, ultimately the other owners will face maintenance increases to make up the shortfall. The impact of non-paying owners is usually felt more severely in buildings with fewer apartments.”

Multiple arrears adversely affect both co-ops and condos. “In theory, the owners in a co-op would be worse off as a result of multiple arrears because co-op owners jointly pay real estate taxes, as well as any underlying mortgage encumbering their buildin,g so their finances are more interdependent than condominium owners,” says Lasser.

However, Lasser says that, in reality, multiple arrears are more common in condos because the collection methods available to co-ops are more effective and the financial screening process prior to purchasing in co-ops is more stringent.

If the unit owner had owned a condo, not a co-op the situation changes. “A first mortgage has priority over a condo association’s lien for unpaid common charges,” says Lasser. “In these situations, a condo board can conduct a sheriff sale of the condo unit if it's not owner-occupied, or complete a lien foreclosure of the unit. A condo board cannot begin an eviction proceeding against a unit owner until the unit owner’s interest in a unit is extinguished via a sheriff sale or foreclosure sale.”

Either way, says Ruocco, “I tell every client that they should set the parameters as a board and when the units fall into those parameters, the file gets sent to an attorney.” He goes on to say that hardship cases are not the ones that the board needs to crack down hard on. “It's the ones that have abandoned the community and simply refuse to pay,” he says. “Unfortunately, it seems that the latter group comprises about 80 percent of a given community’s delinquency problems.”

When going after a unit owner to recoup the charges, the law firm must follow the Fair Debt Collection Practices Act (FDCPA), a federal statute that regulates the behavior and practices of debt collectors.“A law firm is bound by the FDCPA,” says Ruocco. Individual states may also have statues spelling out—or limiting—how and by what means an association can recoup arrears. For instance, Ruocco continues, “Florida has its own version known as the Florida Consumer Collection Practices Act.”

Many management companies send residents in arrears a stern letter or two before turning the case over to legal counsel in hopes that the threat of getting an attorney involved will compel the delinquent owners pay up. “The role of the association’s attorney is to collect the outstanding amounts owed to the association,” says Ruocco. “There is a statutory process that needs to be followed by the attorney which includes an intent to lien letter, a claim of lien and accompanying intent to foreclose letter, and ultimately a foreclosure action. The association’s attorney may be in contact with the delinquent owners and be the go-between between them and the board in order to stop the process and enter into a reasonable agreement acceptable to both parties.”

An effective collection attorney is also there to diffuse a potential problem with an owner. “They may not be paying simply because they are unhappy about something as simple as trash collection, or some other community issue,” says Ruocco. “When an owner hears certain truths from their association’s attorney, it tends to resonate more,” which can have an almost miraculous effect on a formerly recalcitrant resident.

The bottom line is just that: the bottom line. Monthly common charges need to be paid in order to ensure that the building and its amenities are kept accessible and in good repair, reserves are funded, and that any minor repairs can be covered without leveling assessments on everyone. Not only do the residents need to keep on top of their payments, but boards and management companies need to be diligent in collection and, if necessary, take the actions they need to take—including foreclosure—to insure the future financial solvency of their community.