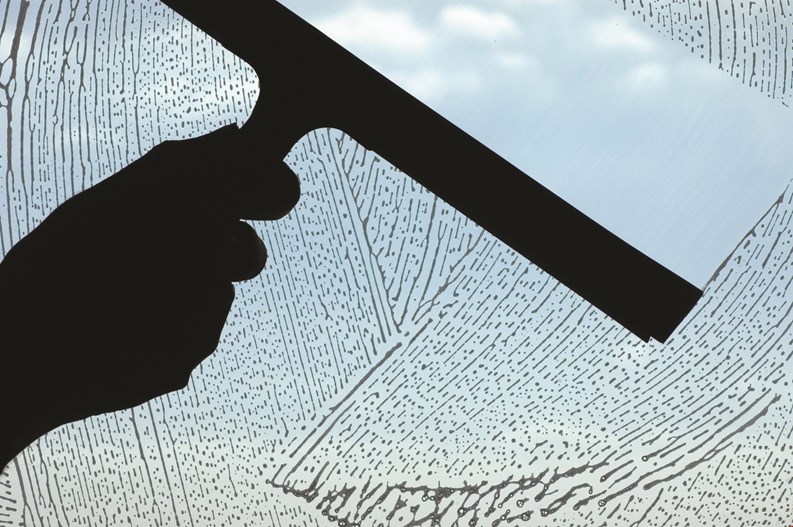 Even after the rain is gone, you may still not be able to see clearly—if your windows haven’t been washed lately, that is. Even if you have the greatest views in the entire complex and your windows are dirty, your views might as well be a brick wall.

Though the air quality in different areas of the country varies widely depending on climate, traffic congestion, weather, and other variables, grit, grime, and dirt are always a reality—a reality that winds up onto windowpanes, making co-op, condo and HOA buildings look unmaintained.

There are various means and methods for cleaning windows on multifamily buildings, regardless of height. It’s essential that boards and managers become familiar with the techniques and fundamentals of window washing in order to take care of their buildings properly.

The DNA of Dirt

The first step to getting grime off of windows—particularly in an urban high-rise building—is to know what exactly that grime consists of.

Anything that hits the side of a building will roll down and stick to the windows, says Bruce Lapham, general manager of Valcourt Building Services in Elizabeth, New Jersey which offers waterproofing, window cleaning and restoration services throughout the region. “On a microscopic level, glass is porous,” he says. “Things do stick on there, and when they dry, it builds up over time.”

Also, Lapham says, there are pollutants in the air—and average rainwater isn’t pure water. When droplets hit buildings, or trees, or signage, or anything else en route to the ground, it collects the dirt from whatever it touched—and that dirt and crud winds up on the windows, too. That's bad enough but dirt is just part of the problem. Left on long enough, particles and pollutants can stain a building permanently.

“Windows often get stained if they are in large urban settings and if they are only cleaned once or twice per year,” Lapham says, explaining for optimal stain resistance, the ideal cleaning schedule is about six times a year.

Of course, that's not exactly cheap. Before the recession, Lapham says that lots of new buildings sprang for quarterly cleanings to keep their facades shiny, but it is rare for older buildings to have this done this frequently. Most get them done once or twice a year—and for buildings that are watching their wallet, that's usually enough for basic maintenance. “There are some fairly new, large high rises that already have staining,” Lapham says, adding that every building is different, and every building will accumulate stains differently.

“Residential exterior windows should be washed at least once a year, but it also depends on your area, and what your preference is,” says Mitchell Hardin, Jr., owner and CEO of Hi-Lite Enterprises Inc., based in California, which does window cleaning, blind cleaning, flood cleaning and power washing. “Some people like their windows washed more often, and certain areas will simply need to be cleaned more often. If you live more inland, you’ll need your windows to be cleaned more often.”

Surprisingly, most window cleaners don’t use any fancy soaps or cleaners to wash the windows. Lapham says his company uses basic dish-washing detergent plus water.

“That’s standard,” he says. These simple products are as safe to use on historical or landmarked buildings as they are on modern high-rises.

But while cleaning products may be basic, the training for the professional window-washers should not be, says Robin Domanski, office manager of Chelsea Window Cleaners in Manhattan. Safety training is essential, Domanski says. It’s literally a matter of life and death. “They also need to learn how to work with the tools,” Domanski says. “But most of all, it’s safety.”

To that end, a group called the International Window Cleaning Association (IWCA) aims to properly train window cleaners—but according to Lapham, it’s not a widespread organization yet. The IWCA's mission is to educate and help members develop the professionalism, ethics and standards of safety in the industry. The organization hosts conventions and trade shows geared around window washing throughout the United States, and they even have window washing contests.

Most importantly, the group has drafted cleaning and safety training standards that they promote industry-wide. Their Safety Certification Program consists of four workbooks, and to pass it, candidates must pass three online tests plus one final exam. The cost is $300 for IWCA members and $750 for non-members. The exam is designed for those who have been working in the window cleaning industry for a while. According to the IWCA, it takes at least three months of studying the testing materials to really be prepared to pass the final exam.

The safety training courses and the certification program is not a requirement for those in the window cleaning industry—but the association suggests that everyone who washes windows gets certified as a matter of professional commitment and safety.

“It is something that they are trying to propagate,” Lapham says. “Everyone must be properly and formally trained. We work in a high-risk situation, so we believe in rigorous training.”

According to Lapham, one of the big issues that continues to be a problem, even for the best trained window washers—is that many of the high rises, especially the older ones, don’t have designed anchors on their roofs. “That makes them dangerous,” he says, adding that it poses a real liability risk for any building lacking proper anchorage. “You can be in a situation where you’re getting your windows washed, and if you don’t have any kind of certified anchorage system, and there’s an accident, the cleaning contractor can say to the building, ‘What did you do to provide a safe workplace?’ Building owners have been sued before for this.”

In fact, building associations can and have been sued for many window-washing-related falls. In January 2015, window washer Faby Del Orbe received an $8 million settlement after falling from a Manhattan office building in September 2012. Del Orbe, who suffered serious injuries and a coma in the accident, dropped four stories when the exterior anchors to which he'd clipped his safety harness came loose—and the judge decided that the building had an obligation to inspect all safety devices on its exterior so that the workers would be properly protected.

In Denver, two window washers fell nearly 12 stories after the boom securing their platform to the building broke, sending the platform swinging in the air, removed from the building. The men were able to hold on until someone came to rescue them, and fortunately only suffered minor injuries.  In another case, in San Francisco, a window washing company failed to properly train their employees, leading to an accident where a 58-year-old window washer fell 130 feet, and was injured. The company was fined $12,000 in May 2015. Window washing accidents can hurt passers-by too, as many incidents have shown.

In 1996, scaffolding in New York collapsed, and killed one worker and injured another. The man cleaning the decorative window mullions died after stones and bricks struck him in the head and upper body. A co-worker was injured by the debris, and a garment center saleswoman pushed her 9-year-old daughter out of the way before the falling bricks hit her back and leg. The company that hired the workers would later be sued for the faulty scaffolding.

Even when safety rules are followed and employees are properly trained, accidents can still happen, which is why it’s essential that buildings make sure that anyone who works on their windows carries insurance, Domanski says.

“The less responsible cleaning companies may not have great insurance,” she says. Her company carries $11 million in liability coverage, but, she says, it's crucial to find out that the firm you choose A.) has current coverage, and B.) has enough coverage for your comfort, should the unthinkable happen.

Some may even say that they have insurance but they don’t—which is why it’s important Domanski says that if you have a really big window washing job, you can request bonding, as well, which is the guarantee that the company will actually finish the job once they start. In New York City, for example, window washers are also required to have workmen’s compensation and disability coverage.

Once all of that is squared away, boards and building administrators will need to discuss cost. If you’re living in a co-op or condo, there may be rules about regular cleanings or cleaning fees that are already built into your maintenance. Of course the cost of a full cleaning will vary, depending on the size of the building and how much glass is involved, but Domanski says that in New York, she charges $18 to clean a basic double-hung window. The price stays the same year-round, even though spring is usually the busiest time of the year, with buildings wanting to spruce up after the long winter. For an entire association complex, most companies will quote a bulk price.

Many people assume that the window washers can’t work in the winter, but it really is a year-round business. “As long as it’s above freezing and the winds are below 25 mph, you can do window washing,” Lapham says.

But since the spring is the busiest time of the year, Domanski suggests that you call at least a week in advance to arrange for the windows to be washed. In the winter, a few days’ notice should be fine, she says.

Once all is done, you’ll be able to see clearly again. And all will be transparent. At least for a few months. 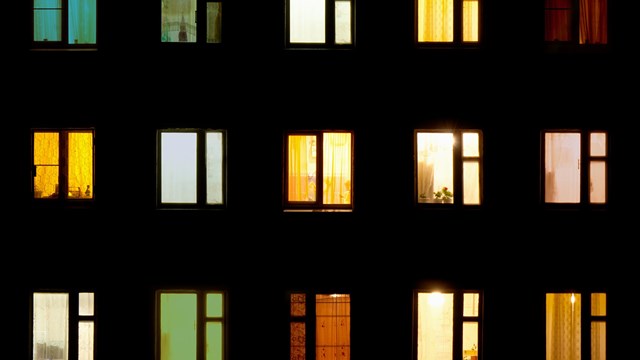 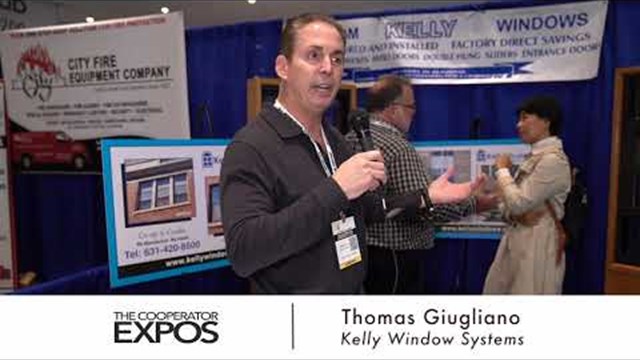