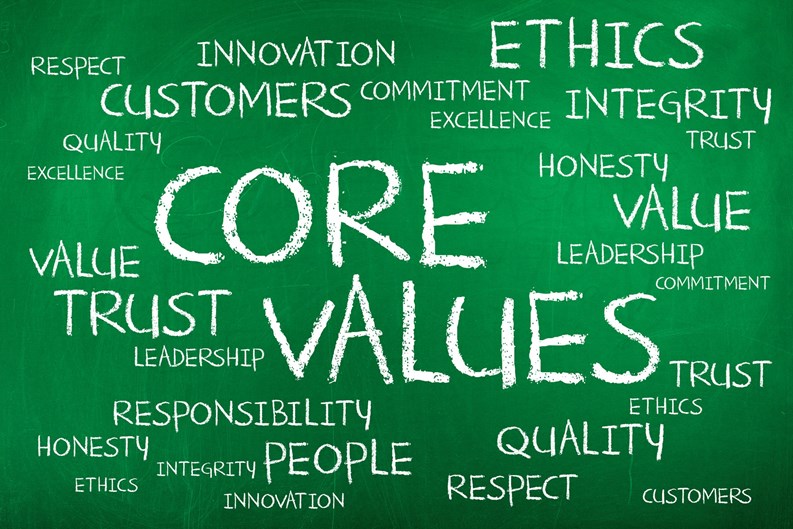 Community living – the very basis of co-op, condo and HOA life — is based on the idea of trust. In a community of potentially hundreds or thousands of residents, every resident can’t be involved in the making of every decision. Too many cooks can potentially spoil the proverbial broth. No decision would ever get made in a timely manner.

To make those decisions in a timely and efficient manner, communities elect a board of directors to represent them, and vests that board with the responsibility to make decisions that will affect the entire community. Election to the board is an example of representative democracy, not elevation to tyranny.

The Importance of Transparency

Administrative transparency, says Sima Kirsch, a co-op and condo attorney based in Chicago, “is one of the elemental building blocks that helps create a successful association.” The negative impact of an opaque, inaccessible board, she adds, “is anarchy, infighting, ill will, unbecoming behavior by board members, lawsuits, and sometimes even fear of physical reprisal.”

“It’s important for boards and shareholders to be able to communicate,” says Julie F. Schechter, an associate attorney specializing in co-op representation with Montgomery McCracken Walker & Rhoads LLP, a law firm that has offices in New York, New Jersey, Pennsylvania, and Delaware. Communication enables shareholders “to express whether there are issues or suggestions which they might have, because without hearing from the residents, how would board members know what needs to be done?”

David Ramsey, a shareholder in the Morristown, New Jersey office of law firm Becker & Poliakoff, suggests a most practical reason why transparency is vital to the interests of those not serving on the board: “A regular method of communication provides residents with the comfort that they know what is going on with their homes, what potential ‘disasters’ the association may be facing in the future, and how the owners might best prepare.”

Kenneth S. Direktor, a condo and HOA attorney also with Becker & Poliakoff  in Fort Lauderdale, Florida, represents over 300 associations and teaches community association law at Nova Southeastern University College of Law. “The importance of board transparency,” he says, “falls into three categories: legal, practical and political, though not necessarily in that order of importance. As an attorney, I need to advise my clients as to how to do things in accordance with applicable law and governing documents, which require a certain level of transparency in terms of notice required for meetings. In order to comply with the law, that notice also requires disclosure of what will be discussed, that the meeting be open, and that board members not truncate the meetings. Noncompliance can mean that later, the decisions taken can be attacked on procedural grounds.

“On the practical level,” he continues, “the reality is that transparency eliminates or reduces the backlash that can result when a board does something unpopular. Levying an assessment is never popular. Having a proper reserve study done and attaching the study to your budget, or otherwise making it available to the owners so they know what’s coming up, when, and for how much can eliminate at least some of the backlash.

“Politically, a board that is open, accessible and transparent is good politics. Real transparency makes it less likely that misinformation will make an impact. Misinformation can only survive in the absence of correct information.”

Not all information is necessarily to be treated in the same fashion. Obviously, information directly affecting all shareholders or association members should be freely and quickly provided to residents to maintain transparency. But what about more specific information? The status of litigation between the association and a resident or the ongoing bids for an upcoming repair project, for example?

Marc Schneider, an attorney and managing partner with Schneider Buchel, a law firm with offices in New York City and Long Island, says, “It is important to strike a balance between transparency and confidentiality. There are many times when it is not appropriate for a board to disclose certain information. For example, we never recommend advising residents about the names and balances of units in arrears. The reason for this is if a mistake was make, you could wind up with liability from the resident who was disparaged. Similarly, if there is a lawsuit pending against or by the association, boards need to be careful about what and how much information they disclose, because you don’t want that information to get into the wrong hands. While residents often want to know everything that is going on, it is not always the best to inform them of what the board is doing, or of information and advice given by the association’s counsel.”

Kirsch suggests that boards must be careful with what they say, do, and put in writing. “Words are powerful,” she says. “Libel and slander are becoming more prevalent in associations. Written or spoken, they can lead an association into conflict with and owner against the board, or vice versa. The slip of a tongue or casual cursing in an email can be the fodder for a lawsuit. Words in an email may innocently become the foundation of a lawsuit or evidence supporting an owner’s claim against a board. The board is not authorized to discuss matters involving a lawsuit, an owner or an employee,” with the members.

In New York, with respect specifically to co-op properties, “The law mandates the corporation release only the minutes of shareholder meetings and the record of shareholders,” says Schechter. “Whether or not a shareholder will be entitled to review additional documents depends on whether the shareholders are given additional rights in the corporate documents – or if the board, in its discretion, decides it should do so. As a general rule though, if a shareholder asks to see a contract that was entered into with a contractor for instance, our answer is no. There’s no reason why a shareholder needs to see all of the terms that were agreed upon between the corporation and the contractor. If they want to know how much money was spent, which directly affects them, they have the right to know that. It’s available in the financial statements.”

Schechter notes that in New York, “Condominium law doesn’t necessarily speak to all of this. As a general rule under corporate law, which governs co-ops, a shareholder is entitled by statute to access the shareholder list, but the same law does not exist for condominiums. The only way a unit owner in a condo would be entitled to a unit list is if the bylaws specifically granted such a right.” However there was one case, she says, in which “The court held there was no harm in a condo board allowing the unit owners to access such a list, because the property records are public. The unit owners can obtain that information themselves from public record.”

What’s a Resident to Do?

The relative commonality of board opacity varies depending on many factors, including where the property is located, what the building population is like, and the size of the association. The propensity toward secrecy seems to be higher in Chicago and especially in New York, while Florida, New Jersey, and New England tend to be more open, according to the attorneys and managing agents The Cooperator spoke with.

What rights and remedies do shareholders have? The can complain, make suggestions, and ultimately, “vote them out,” says Direktor. “Typically, owners can voice complaints and make suggestions,” says Ramsey. “Some boards will have a Facebook page or a place on their own website where owners voice complaints. But problems with those can make the cure worse than the disease. The manager should be the clearinghouse for complaints, recommendations, and so forth. Frankly, the greatest problem I see is boards that are overly defensive when criticized. Even when the complaint is not legitimate, boards with good leadership abilities will thank the owner for his/her concern and agree that they will consider those concerns going forward. If the complaint is legitimate, they will acknowledge it and agree to undertake action, or will study it and get back to the owner—and they do it. I’ve seen communities that went from highly contentious to reasonably harmonious just by taking those steps.”

The power of the ballot box is probably the strongest and most effective way to change a non-responsive or secretive board. As Schechter says, “Shareholders should never feel like their concerns are not being addressed. It’s also difficult from a board’s perspective to be continually updating shareholders. Shareholders are not entitled to that level of information. It’s too complicated. If someone wants to be involved, they should run for and join the board.” Schneider makes a similar point. “The most powerful tool shareholders/unit owners have if the board is not functioning properly is an election.”

In today’s co-op, condo and HOA world there are more means of communication than ever before; Facebook, blogs, website, and newsletters just to start. Schneider suggests the following: “Don’t allow blogs, websites or Facebook pages on behalf of the association, which permits everyone to see what is written by other residents. This is one surefire way to exacerbate any complaints, as other members will jump on the bandwagon.”

Schechter suggests using one of a myriad of third-party online building software platforms that are becoming more and more popular, and which her own buildings uses (the company Schechter’s building uses is BuildingLink). These services form a database for residents that provides information and a channel for contact. Most cover everything from package deliveries left with doormen to complaints, and can also be used to pay monthly maintenance or assessment charges, publicize meetings or other community events, and even buy and sell used furniture and other items.

Finally, as is the case in all human communication and organization, the key to success is in being human. Perhaps Direktor says it best: “I encourage clients to operate with harmony, efficiency, and transparency.” Honesty is the best policy.