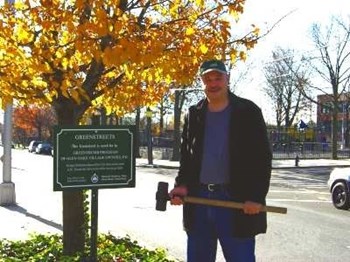 Getting elected to a building's board can be a big job in and of itself—but the truth is that winning a seat is only the beginning. After making the decision to campaign for a seat, and then winning it, new board members can find themselves failing to understand exactly what they've gotten themselves into.

"Most people who come onto a board have no clue as to what they're getting involved in, what their job responsibilities are or [what their] function or performance or contribution is going to be," says Irwin H. Cohen, president of A. Michael Tyler Realty Corp. in Manhattan.

The biggest sacrifice a board member makes is his or her time. Not only by attending meetings, but also by staying informed of the building's business and addressing the needs and concerns of owners and shareholders.

Not that this should scare anyone off. Someone who thinks life in their building could be improved probably should run, and boards often benefit when new members join them. But before making a decision that will affect their lives, as well as those of their fellow residents, new board members need to take a few things into consideration.

Board sizes vary from building to building. Cohen says most boards he works with consist of three to seven members. He adds that some larger buildings (those with 2,500 units and up) can have up to 15 members.

"Once the directors or members are elected, it's up to that group, the board itself, to divvy up the pot as to who is going to be an officer," Cohen says. "The shareholders, or owners in a condominium, do not select who's the president, secretary, treasurer, vice president—that's done by the board."

First and foremost, board members are elected to make decisions in the best interest of the co-op or condo they serve. This is especially true when it comes to fiduciary issues. "Every board member has a fiduciary responsibility for the co-op at large," says Bob Friedrich, the president of Glen Oaks Village in Queens. "My board members understand that. If we ever see one board member just concerned with him- or herself, the other eight board members will put that person in his or her place."

While board members are individuals with roles and responsibilities to uphold, the volunteer position can be time-consuming. "It's based on the person—their personality and the amount of time they want to devote," Cohen says. "Some people who are extremely busy in their professional life will take an inordinate amount of time to micromanage a building. Then there are board members who delegate everything."

Cohen says neither way is right or wrong, but going to the extreme in either direction isn't good. He's heard of board members who get overly involved in simple things like fixing a doorknob, while others will turn over huge sums of money to managing agents and just tell them to do "whatever they think is best" with it, without so much as a discussion.

Next to the board president, the role of treasurer is usually the most time-consuming position on a board. According to Cohen, the treasurer will receive detailed management reports and invoices, and he or she will also review financial matters and the budget with the building's accountant and manager. Because of this, board members with a financial background are often asked to serve as treasurer.

"Treasurer is oftentimes the hardest position to fill on the board," says Michael Schenker, a senior property manager at Andrews Building Corporation in Manhattan, and a board member (and former board president) at 116 West 14th St., an 18-unit condominium. "It requires quite a bit of involvement of daily operation of how the building is spending money and working on budgets and so forth."

Cohen says the treasurer takes on true money management responsibilities, and reviews where the building is financially. "They'll make sure there are sufficient operating funds, that monies are deposited or placed in the proper accounts and earning sufficient interest," Cohen says. "They make sure proper financial decisions are being made [in regards] to how things are going to be paid."

Depending on what particular issue is being handled, board members - especially the president - may want to work with the building's professionals, such as contractors, designers or the attorney. It's usually not a formal requirement, though.

"The managing agent is the one who deals with the professionals, but there could be projects where a board member works with a designer or an attorney," says Margie Russell, executive director of the New York Association of Realty Managers (NYARM). "It could go many ways, but it depends on the dynamic of the higher, more active people on the board and the managing agent."

Boards may also have other positions, such as an assistant secretary or an assistant treasurer. Russell says these members may sign documents that the treasurer or secretary would normally sign if they're unavailable.

Greg Carlson, executive director of the Federation of New York Housing Cooperatives and Condominiums (FNYHC) says new board members aren't likely to be asked to hold an officer position.

"There are some small boards where every board member has to be an officer," Carlson says. "But generally speaking, I would say [new board members] come in and are pretty quiet because they're trying to get a read on the other board members."

See How They Run

Serving on a building's board can be pretty thankless at times. Do something that even a few owners and shareholders disagree with and you're bound to hear it. Do a good job and the reward is that you won't hear a lot of complaints—but don't necessarily expect pats on the back for a job well done.

So why run at all? Among the reasons Cohen cites is someone being unhappy with what's happening in the building. "They're unhappy with a particular board member or a group of board members," he says, or there may be a particular issue they want to address, or they may be friends with people on the board.

Schenker says he decided to run for his board when his building was first being converted in 1997. Like many conversions, problems developed—such as the elevators not working, poor heat and an unresponsive super.

"The managing agent was a bit overwhelmed trying to get it all fixed, and I had the time and the interest to try to get the building quickly up to speed," says Schenker. He had no experience in building management at the time. Getting involved in his building piqued his interest enough that he later went into building management.

Most of the buildings Schenker manages are downtown, though he works with buildings in other parts of Manhattan. He says finding people to run for the board can be difficult.

"Speaking as a board member and as a property manager, I would like to see more interest in shareholders/unit owners getting involved in buildings and running for their boards," he says. "I find a little bit of apathy in trying to get people interested in how their building is run."

When asked why that is, Schenker responds, "I think people see the newspaper is delivered, the lights are on, the building is clean, their heating and [air conditioning] are working, and they take it for granted."

He adds that on existing boards where few residents want to be board members because they're busy, or because of apathy, new residents are often recruited to take a seat on the board.

"Oftentimes the newer owners will be enlisted to serve on the board because everyone else feels they've done their time and they want to have fresh blood on the board anyway," Schenker says.

Experience may not be a prerequisite for being an effective board member, but Cohen says once someone does join up, learning some basics about the building is essential.

Candidates should know what kind of commitment they're going to have to make. For example, how often does your board meet? Most boards meet once a month, but Schenker says buildings with a smaller staff, or which aren't undergoing capital improvements, may meet just two or three times a year. Summer can also be a time when things slow down because of people taking vacations.

It's also important to know how long meetings last. Cohen says the average is about an hour and a half, but he's heard of buildings where meetings regularly last three to four hours. This happens when board members micromanage everything.

"A perfect meeting, as far as I'm concerned, would be done in one hour," Cohen says. "With a pre-set agenda and you don't discuss Mrs. Jones' leaking toilet."

Not that a leaky toilet should be ignored. An important part of being a board member is being available to shareholders and owners, and listening to their concerns.

"You would hope… that there would be an open line of communication," Carlson says. "That doesn't mean the door is open for anybody for any reason 24/7. But that they would publish newsletters, have information meetings and a general openness for communications."

"It's your most basic form of elected official," Russell says. "They should be open and available to their shareholders within reason and respect. But if you're going to be on a board you have to know your life is going to be different in the building. You're there for the needs of the people."

That can mean being stopped in the elevator or lobby. Cohen says the normal course of action will be to pass the individual's concern to the managing agent and tell the individual to get in touch if the issue isn't resolved.

Schenker says the biggest complaint expressed by shareholders and owners at annual meetings is that they don't get feedback from the board. This can lead to criticism about all sorts of decisions, from the color of the rug to the super's schedule.

"That's probably in and of itself one of the deterrents for people interested in [running for the board], because they know they're going to suddenly be a point person for complaints in the building," Schenker says.

With so many buildings and so many boards out there, it's inevitable that there are going to be people who join a board, only to regret it. Cohen says it's rare for someone to quit in the middle of a term. Usually, they'll stick it out and not run for reelection.

In order to avoid having a miserable board member, Cohen recommends planning for replacements by inviting them to work on committees and to attend some meetings.

"It's like training your next in command," Cohen says. "You need to develop somebody so that you have a smooth transition into the future, with people who are knowledgeable. And you also get to know who that person is too, so you know whether they'll be a good president or a good treasurer."

They'll also be well-prepared, which should keep things running smoothly, for years to come.