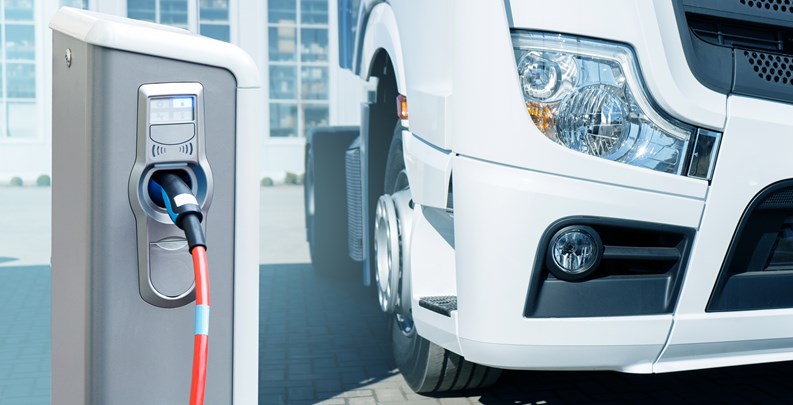 New York Governor Kathy Hochul’s Labor Day signing of four pieces of new legislation protecting and supporting workers gave those laws a lot of visibility. (Readers of CooperatorNews can find a summary of two of those four pieces of legislation—one addressing the prevailing wage law for co-ops and condos receiving the 421-a tax abatement, and the other a shared work benefits extension—in the Pulse section of our October issue.)

Perhaps less noticed by the state’s co-op and condo community was another piece of legislation that Governor Hochul signed a few days later, banning the sale of internal combustion engine passenger cars and light trucks by 2035. On its face, this new law doesn’t seem to have much to do with the multifamily housing industry...until you consider the fact that many of the state’s residents—and a vast majority of New York City dwellers—live in multifamily apartments, condos, and co-ops. Few of these residents have either the space or the authority to install the charging stations they’ll need to power non-internal-combustion vehicles. As laws like these shift the momentum toward an electric vehicle (EV) future, providing ready access to charging is one of the biggest issues facing New Yorkers during the transition.

Happily, New York City may be on the verge of solving that issue. CleanTechnica reports that the nation’s most populous city (8.8 million people in 2020) plans to create one of the country’s largest electric vehicle charging networks over the next 10 years in an effort to reduce the city’s greenhouse gas emissions and combat climate change. The plan was released the day after the governor’s announcement about the internal combustion engine ban, and is another important component of the city’s goal of carbon neutrality by 2050.

Department of Transportation (DOT) head Hank Gutman said in a statement: “With the climate crisis upon us, it’s time to plan bigger about how New York City can dramatically accelerate the adoption of electric vehicles. With major federal investments in EV charging on the horizon, our plan lays the groundwork for a network of tens of thousands of public EV chargers equitably distributed across the city, enabling many more car owners to go electric.” (It should be noted that the federal investments to which Gutman refers are part of President Joe Biden’s $1 trillion bipartisan infrastructure bill that has yet to pass through Congress.)

CleanTechnica estimates that New York City will need 400,000 electric vehicles on the city’s streets by 2030 to meet the 2050 carbon neutrality goal. To make that happen, all those EV drivers need to have access to enough chargers to meet their needs. To get there, says the outlet, the city plans to install 40,000 public Level 2 (L2) chargers and 6,000 DC fast chargers throughout the city by 2030. All municipal parking lots and garages will have 20% of their parking spots equipped with L2 chargers by 2025, and 40% by 2030. In addition, the DOT will install 1,000 curbside charging stations throughout the five boroughs by 2025, with that number increasing to 10,000 curbside charging stations by 2030.

As the plan stands now, New York City will limit charges to 60 minutes per vehicle at $0.30 per kW from 8 a.m. to 10 p.m. weekdays and $0.25 all other times, with payment handled by EV infrastructure company ChargePoint using its smartphone app. Consolidated Edison will provide the electricity.

“The Electrifying New York plan, including its ambitious vision for a new network of public EV chargers, will play a key role in reducing climate changing greenhouse gases, lowering the risk of respiratory illnesses, reducing noise, and ending our reliance on fossil fuels,” says Ben Furnas, director of the mayor’s Office of Climate and Sustainability.

If you still drive a gas-guzzler (or don’t drive at all, as is the case with many in the city), you might be wondering what the difference is between all these charging levels. According to website ChargePoint, Level 1 is a regular 120-volt connection on a 20-amp circuit; electric car manufacturers include a Level 1 charger with their vehicles to connect to a regular home outlet. This clearly isn’t a permanent solution for anyone who lives in a high-rise or who parks somewhere other than their own property. Moreover, L1 supplies only 1.4 kW to a vehicle, giving it about 4 miles worth of power per hour of charge. The average L1 EV charger will take between 11 and 20 hours to charge a vehicle fully—not a practical option for anyone without a permanent parking space (e.g., most New York City residents) or anyone who needs to drive a lot (e.g., the city’s fleet of taxis, liveries, and ride-share vehicles, which will also need to comply with city and state regulations around carbon emissions reduction).

A Level 2 charger requires a 208- to 240-volt, 40-amp circuit—the type that you might see in the home dedicated for a window AC unit or oven—and delivers 6.2 to 7.4 kW. This power output allows an EV a driving range of 18 to 28 miles per hour of charge. The average EV can go from fully depleted to fully charged in 8 hours or less on an L2, according to charger manufacturer FreeWire. This is the type of charger that is set up in gas stations, hotels, and commercial parking lots across the country for EV drivers to use. It requires purchase of an L2 connector, and charges for charging (no pun intended) vary, but generally do not exceed $5.00 per hour of charging.

The other benefit to the L2 is that it can be networked—meaning that 1) one charger can charge multiple vehicles, whereas L1 can charge only one at a time, and 2) the network can be connected virtually, with users being able to locate and pay for a charging station via an app. The New York City plan includes installation of both L1 and L2 chargers available to the public, plus a system of Direct Current Fast Chargers (DCFCs), which are designed to charge an empty EV battery 80% in 20 to 40 minutes and 100% in 60 to 90 minutes, according to FreeWire.

With a maximum output of 350 kW, a DCFC can provide over 100 miles of driving range in 15 minutes; however, for the maximum charge possibilities, the EV acceptance rate needs to be high as well. The average EV currently on the market charges at a maximum of 50 kW; some top-of-the-line EV models can charge over 200 kW, says FreeWire, but few public charging stations out there currently can deliver that type of power. DCFCs are also very expensive, limiting their uptake by commercial businesses and individual homeowners. The thought is that over time, EVs will evolve to accept higher charge capacities, and EV chargers will evolve to meet that demand.

At the end of 2019, New York State enacted an amendment to its Real Property Law, which governs condominiums in the state. The amendment prohibits boards from outright prohibiting, or imposing unreasonable restrictions on, the installation or use of EV charging stations on a unit owner’s own property or deeded parking space, or in a space in a common element that is specifically assigned to or designated for a particular owner. The amendment stipulates that the owner, including any successive owner, is responsible for all installation costs, fees, insurance, maintenance, and costs of utilities for the charging station.

It remains to be seen how these new laws and the ascendant push toward an electric future will affect or be applied to garages or parking lots in co-ops and other accessory parking facilities. Boards that are looking to be proactive in their policies and capital projects that can beneficially impact the planet, the local environment, and the value of their homes would be well advised to look into EV charging possibilities in and around their property. 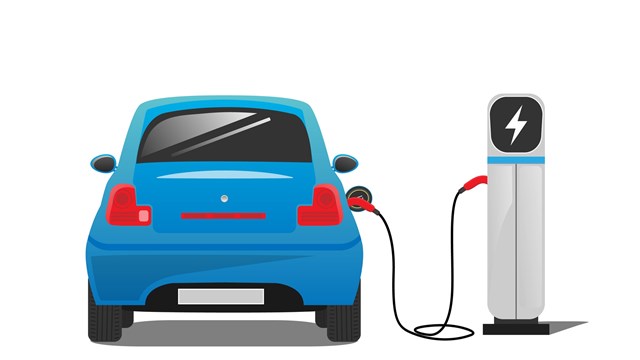 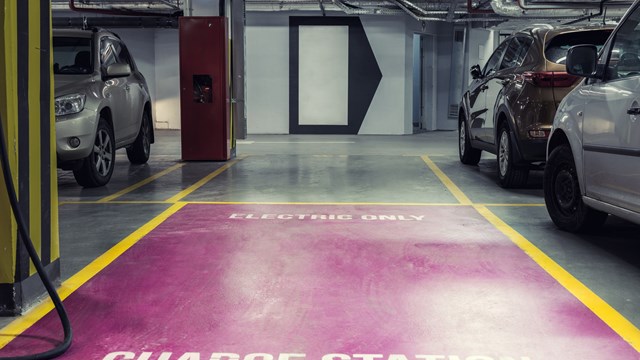 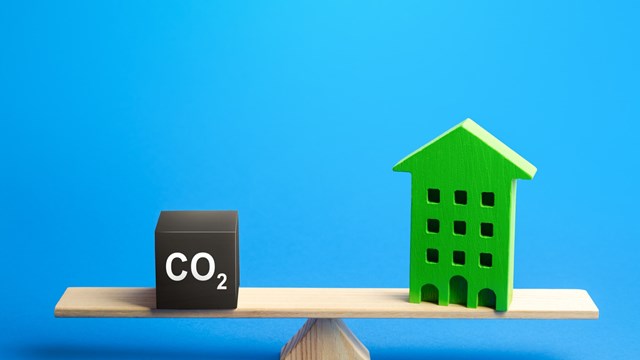 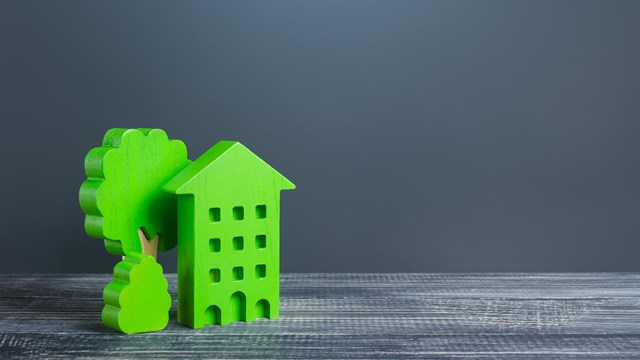