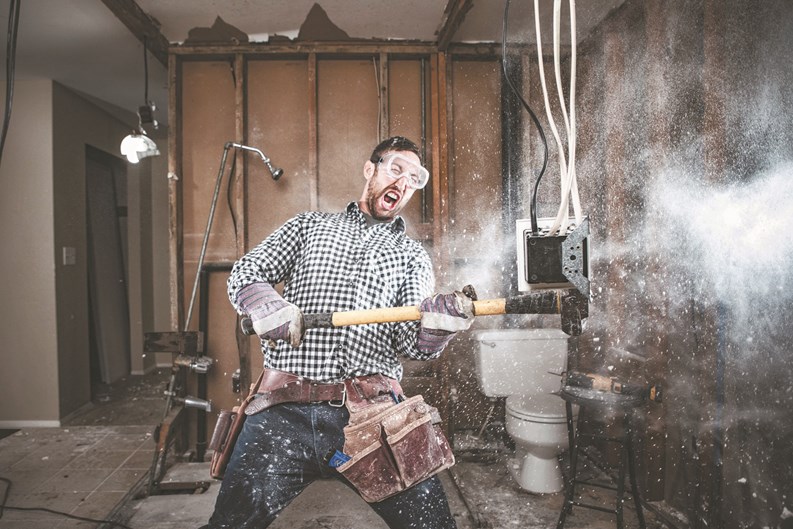 So, you want to renovate your kitchen.  You’ve chosen your tile, cabinetry, and fixtures. You’ve gotten bids from several contractors, and are ready to dig in and overhaul the whole space.

But not so fast. You live in a co-op.  You need board approval before the first hammer falls. The same goes for you if you own a condo. The first step is what is known in the world of community living as an alteration agreement.

“An alteration agreement,” says Phyllis Weisberg, a partner at Armstrong Teasdale, a law firm located in Manhattan, “is the document that signifies the board’s consent to a particular alteration by a shareholder or unit owner, and sets forth the terms and conditions under which consent is given.” Weisberg goes on to explain that “Without such an agreement, the responsibilities of the person performing the alteration would never be spelled out.  These include, among other things, providing insurance coverage as specified by the board, and the necessary indemnities of the co-op/condo and others.  Without such an agreement, the board’s right to shut down a job would also not be spelled out.  This is of particular importance if the job goes bad; if a contractor is creating issues in the building, such as by causing damage or excessive and unreasonable noise; if the work exceeds the permissible scope; or if the job runs over the time allotted for the project.”

Kristopher Kasten, an associate attorney with Chicago-based law firm Michael C. Kim & Associates, explains that the term ‘alteration agreement’ as such isn’t used for condominium buildings in Illinois. However, there are documents, rules, and regulations that govern the same issues. “When a unit owner wants to do some kind of remodeling or construction work within their unit,” he says, “the first thing they must look toward is the declaration and bylaws of the association to determine what those governing documents say.  The next step would be to review the association’s rules and regulations.  What you commonly see is that unit owners have a right to make changes to their units without board consent, but those changes or remodels can’t adversely impact the common elements.”

William Chatt, a partner at Cervantes Chatt & Prince, a law firm with offices in Chicago and Burr Ridge, Illinois, adds that in the condominium documents, “there will be some boilerplate language indicating that in the event a unit owner is going to have work performed by a contractor. Before that happens, the owner must submit the proposed work, along with information on the contractor and an insurance certificate with the association named as an insured,” to the association.  For all intents and purposes, these requirements mirror what is requested in an alteration agreement by a co-op board.

How It Works in Real Life and Real Time

Meryl Sacks, President of Sacks Real Estate Management in New York City, has managed co-op and condominium buildings for over 30 years.  “An alteration agreement,” she says, “is basically a contract between a shareholder in a co-op or a unit owner in a condominium—and yes, in New York, condominiums do use alteration agreements and refer to them as such.  What it entails is the scope of the work to be done in the apartment, and it often includes the policies and procedures that are currently in place by the co-op or condo by which shareholders must abide.”

Building policies may include many different considerations.  One example is ‘no wet over dry.’  In other words, in many (if not most) buildings, apartments are built on a common footprint.  All the units in a particular vertical stack or ‘line’ have the same layout.  Bathrooms are always over bathrooms, kitchens over kitchens, bedrooms over bedrooms, and so forth. ‘No wet over dry’ means that in the course of a renovation project, you can’t move your kitchen over someone else’s bedroom.  Another typical policy is a prohibition against ‘channeling,’ which is removing the floor and cutting into the concrete underneath it to extend plumbing, electrical or other lines. Or there could be a policy that does not permit Jacuzzi tubs or clothes washer/dryers, for example.  “Agreements and policies,” says Sacks, “can and do change and evolve over time.”

Hope Kaye, a resident in a 54-unit co-op in Upper Manhattan, says that when she moved into her apartment approximately 15 years ago, in-unit washer/dryers were prohibited.  She learned from her neighbors that when the building was originally converted to co-op from rental, washer/dryers were permitted.  Word at the time was that they had caused problems with narrow-gauge plumbing lines dating back to when the building was built in the 1930s. Then about two years ago, without any major change to the plumbing lines, washer/dryers mysteriously were once again permissible.  Kaye attributes the change to a shift in building demographics toward young families, rather than a sudden miraculous change in the ability of the building’s plumbing to handle the additional wear and tear of in-unit laundry.

“Residents should be able to do their own work, if they’re handy,” Sacks says.  “But not if they imperil their neighbors, themselves or the property.  Alteration agreements protect everybody, and are meant to keep the building safe.”

Regardless of what you call them, documents in multifamily communities governing how alterations are made, as well as when and by whom, are critical.  “It sets out the rights and obligations of both sides and avoids any ambiguity,” says Weisberg.  “Without the agreement, the co-op or condominium would be unable to properly control the job.  For example, how can you claim the job has run over the allotted time if the time limits are not set forth in an agreement?  How can you say that the work hours are 9 a.m. to 5 p.m., if those are not set forth in an agreement?  Most importantly, for the insurance to properly protect the co-op or condo, there must be a written agreement to indemnify.  The mere delivery of an insurance certificate naming someone as an additional insured, without prior written agreement to indemnify, is not sufficient to protect the corporation or association.”

While the abstractions of alteration agreements may seem like a what-if scenario to many owners, they can become a reality very quickly.  Kasten relays the story of a condominium association he represented in Chicago where one of the unit owners – without board approval – built an enclosure in the hallway out front of his apartment door, creating a private storage area for himself.  Being a small, friendly association, the board didn’t make a fuss about it or insist that he take it down.  They did try to figure out how the change affected the proportional ownership share of the unit to increase the unit owner’s assessment, but never came to a final conclusion.  This went unresolved for several years; then the unit owner died.  His estate wanted to sell the unit, but his unauthorized extension of the unit perimeter became a serious problem as to who should be responsible for the cost of removing it.  The problem wouldn’t have existed at all if the association had taken steps to halt the owner’s improper project or, failing that, acted promptly to resolve the proportional share issue when the now-deceased owner’s unauthorized project had changed the building’s percentage ownership. Regardless, the unit was unsaleable until the issue was cleared up.

Chatt offers another tale of caution: a condo board allowed the combination of two adjacent units into one without any legal changes to the unit status, proportional share, etc.  The owner died.  It turns out she had two mortgages – one on each unit.  A foreclosure ensued.  There were actually two separate foreclosure actions, but since the space was one unit, there was no clear priority of lien.  The case remained in the courts for a very long time due to the refusal of the two lenders to come to some sort of accommodation to resolve the problem.

Though as an owner you may view alteration agreements as one more hassle imposed by your meddlesome co-op or condo board, always remember that the document is there to protect you as much as the association or corporation, and sign on the dotted line.