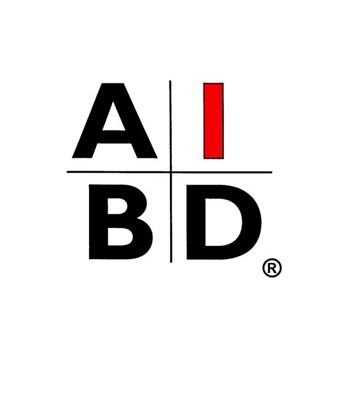 Despite well-intended laws and protocols enacted in respective states, co-op and  condo homeowners, organizations and associations are often faced with  complicated, sometimes confusing issues related to building codes, zoning  ordinances, designers, vendors and contractors. Too often, they are left to  negotiate the maze without adequate guidance and oversight.

While New York and New Jersey are among five states requiring residential  building designers to present their clients with licensed architectural  renderings of proposed projects, the rest of the country has no such  requirement. Builders in the other 45 states can essentially build “as they see fit.”

This divide gave rise to the American Institute of Building Design (AIBD) nearly  60 years ago. The organization was founded in 1950 to provide its members with  professional and educational resources, as well as to develop nationwide design  standards and a code of ethics for the building design profession, explains  AIBD’s Executive Director Steve Mickley.

“When a new home or addition is in your future, a specialist in the discipline of  residential design is your best choice to guide you through the design/building  experience,” says Mickley. “It makes sense to secure design services from a qualified, experienced source.”

And while Mickley concedes that AIBD’s New York and New Jersey chapters have fewer members than chapters in states  with less stringent laws, many designers, architects and builders operating in  the tri-state area have joined AIBD because of the extra measure of comfort and  security their membership gives clients.

Headquartered in Washington, D.C. and founded as a not-for-profit, AIBD remains  focused on its initial mission: dedication to the development, recognition, and  enhancement of the profession of building design.

Mickley explains that AIBD’s number-one goal is to protect the ability of its estimated 1,200 members to  practice their profession, an approach that in turn ensures that homeowners and  HOAs, who hire AIBD affiliated companies are receiving the best possible end  product.

The aforementioned is achieved, in part, by guaranteeing that members remain  current with technology, materials and building codes. “In order to gain membership, we require five years’ experience, which can include two years of education, three completed projects,  and three letters of recommendation,” explains Mickley. “In addition, we require at least eight hours of continuing education each year.”

Mickley explains that AIBD is also committed to establishing and maintaining  professional relationships with other trade, business, and professional  organizations within the design and construction industry.

“AIBD holds itself to the highest standards of ethics and professionalism as  specified by our institute’s by laws and code of ethics,” he says, “and we will uphold the protection of the health, welfare, and safety of the  general public.”

After its inception, AIBD developed a testing program designed to evaluate the  expertise of its prospective professional members. At that time, each state  chapter wrote and administered its own respective examination, which was first  evaluated and approved by AIBD’s governing board.

In an attempt to streamline the process, AIBD’s bylaws were revised in 1991. Exam administration responsibilities were  consolidated with a single national source or council, says Mickley, and a  standardized national exam was created.

Two years later, the bylaws were further revised establishing the council as a  separate, self-governing body whose sole purpose is to maintain and administer  the national certification examination. This gave rise to the National Council  of Building Design Certification, which to date is the country’s only nationally recognized Building Design certification program. The  certification process is available to all qualified building designers.

Mickley explains that builders who successfully complete the 11-part exam, which  includes nine written and two design sections, are given the title “Certified Professional Building Designer” or CPBD.

A CPBD is required to follow the principles of the Code of Ethics and conduct.  Disciplinary action resulting from violation of the bylaws, book of rules and  code of ethics may vary. Disciplinary action includes loss of certification,  fines, letters of reprimand, probation, and suspension, explains Mickley.

“The certification program provides an accepted standard,” he says. “Many times homeowner associations, for example, face big challenges when  developing and creating projects. These plans are usually authored by an  attorney, but they have to be created by an architect….there needs to be oversight. We want to provide consumers with standards and  ethics that are supported by our certification process,” he continues.

In an effort to include all sides of various issues, the AIBD’s governing council is composed of one representative from each state. This  professional is required to have at least three certified professional building  designers practicing in that state. According to the AIBD website, “The council’s commitment is to manage and administer the certification process. This  includes writing and approving the bylaws and book of rules of the council;  electing the examiners; reviewing and approving the certification examination  and its administration and correlating changes in the profession in every state  in the union.”

In addition, the council elects 12 examiners: two from each of the six districts  throughout the United States. These examiners are responsible for conducting  the group’s examination within their districts, providing the necessary proctors,  arranging for test sites, grading the exams, and overseeing the exam and its  administration, explains Mickley.

“We don’t do a lot of national lobbying, but keep up on important issues such as the  stimulus package,” he says. “We do continually watch the legislative process in all states because laws are  always changing.”

This year, AIBD’s annual National Convention will be held at the Portland Marriott Downtown  Waterfront in Portland, Oregon. Among meet-and-greets, seminars, and speeches,  the coveted Designers’ Choice Award will be voted on by attendees. The winner is announced at the end  of the convention during its formal dinner gala.

As noted earlier, Mickley says that buildings or HOAs considering an addition to  an existing footprint or are in the process of creating a new project are faced—more often that not—with cumbersome plans that are often hard to decipher. Without a trained eye,  oversights and costly mistakes can easily happen.

Interested potential members and boards can contact Mickley or a Certified  Professional Building Designer in their respective state by visiting AIBD’s website (www.aibd.org). “This allows homeowners to be more efficient when entering into this process,” says Mickley.

As an additional resource, AIBD publishes a quarterly magazine called Design  Lines. The publication focuses on “issues, education, and events as they happen in the building design industry.”

Topics include fine design, technology, the “business” of design, and green initiatives. The latter is a topical subject but one the  AIBD has focused on the last few years. Mickley explains that AIBD is  continually investigating materials, trends, and technology that assist in the  creation of more sustainable projects.

“The summer issue looks at the growing popularity of green design, with tips and  tools for designing homes in an environmentally sustainable way,” notes Mickley. AIBD is taking the green movement seriously, and plans to build  a sustainable green home to be featured a next year’s Green Expo in Las Vegas.

Not unlike it involvement in the green movement, AIBD has continually been  proactive and progressive within the industry. For Mickley, who worked as a  design builder in Florida before assuming his current post, the AIBD is getting  stronger in both numbers and influence each year.

“I’m the first one with a technology background to come into the CEO position— I’m glad [AIBD] adopted me,” says Mickley with a laugh. As the organization approaches its 60th anniversary,  Mickley says that it will “build” on its celebrated history. And despite a failing housing market and economy, he  remains positive about the future of the industry AIBD proudly serves. 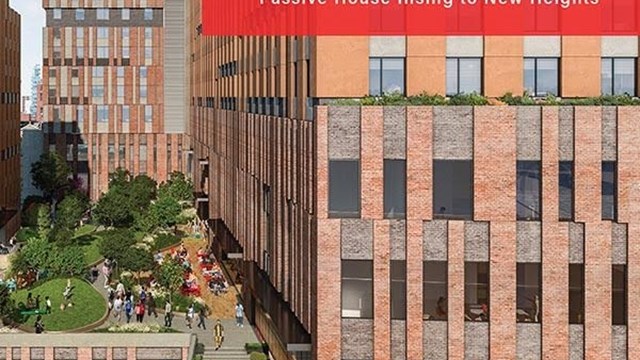