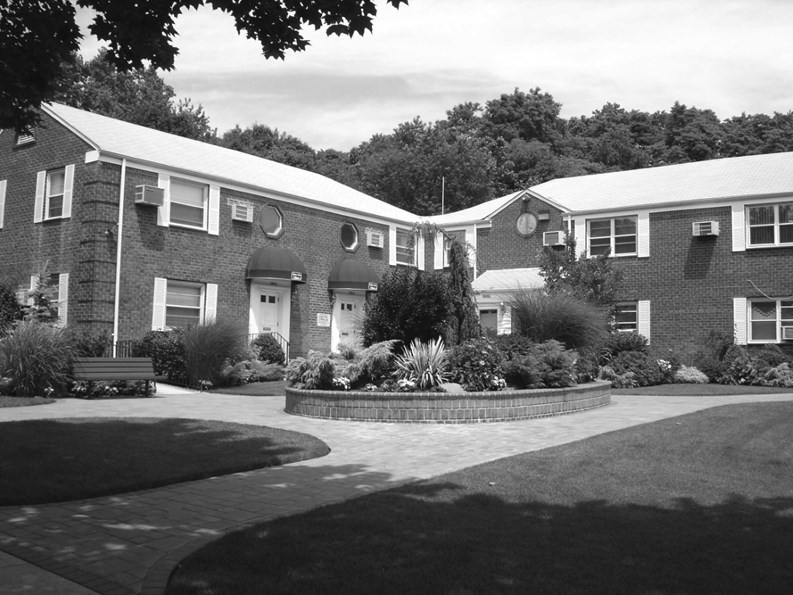 My family and I have been living in Glen Oaks Village in Queens for over 25 years. Originally built for the families of soldiers returning after World War II, the garden-style cooperative community is one of the largest in the New York metro area, boasting nearly 3,000 units and providing housing for some 10,000 residents.

My husband and I raised our two boys at Glen Oaks Village and we are very proud to be a part of this wonderful co-op community. We thought our roots were firmly planted, but with two growing teenage sons, space in our 860-square-foot apartment began to get confined, and we found ourselves at a crossroads. Do we sell our co-op and move into a single-family home, or come up with a solution to branch out of our cramped quarters?

As it turns out, our family wasn't the only one feeling space-challenged. Bob Friedrich, the board president of Glen Oaks Village, came up with a proactive approach to solving our community's space issue. Since residents living in second-floor apartments had attics, why not build upward to increase their space? Attic space could be converted into useable living space—it would almost be like adding a third story to existing units.

This idea represented a rebirth of sorts for Glen Oaks Village. After all, the community was built in the 1940s as homes for the GI's growing families. But by today's standards, the space needed to expand to accommodate modern families' needs, and to work for shareholders wanting to stay in the community but needing more room in order to make that livable.

Retrofitting a 65-year-old building is not a weekend do-it-yourself project. It has to be done right, with minimal disruption to neighbors and community. Also—and particularly for us at Glen Oaks Village—it was important to maintain the character of the buildings.

After much discussion and research, adding prefabricated, modular additions to our existing units emerged as the most feasible, realistic approach to solving our space problem, rather than building new additions on-site from scratch.

We found there were some distinct advantages for our community to going with pre-built units for our expansion project. Modular units are assembled in a factory-controlled environment where they're protected from moisture and inclement weather conditions. The modular additions are sturdier than on-site construction, and their metal reinforcement enables them to be transported by trailer to their final destination. Once they arrive on-site, most units take only a few hours to install—which means less disruption to homeowners and their adjacent neighbors.

Once a prefabricated unit is installed, it's ready to use. Most new units can be customized to meet their owner's needs, and come with bathroom vanities, flooring, doors, fixtures and wiring pre-installed. Depending on the manufacturer and installation company, modular additions can also come carpeted or tiled with walls primed and ready to paint.

Since Glen Oaks Village was the first community in Queens to propose such a project, you can only imagine the lengthy permitting process that had to be navigated before we could actually make it happen. But Bob Friedrich and the entire board of directors worked tirelessly with various government agencies and the local community board to get the project off the ground. Their goal was to steer clear of the roadblocks and come up with a plan to cultivate long-term stability in the community. Almost three years after the townhouse expansion idea was proposed, we were given the green light to implement our plan.

The first order of business now that the plan was cleared was to find a company to carry out the project itself. Our board researched and performed due diligence on the various companies in the region that do modular townhouse installation work, and finally settled on a Long Island-based company called East Coast Dormer that had the experience and background the board was looking for.

Fit for a King in Queens

With all the approvals secured and our contractor hired, I was very excited about expanding our cramped apartment into a sprawling 1,700 square feet of living space. I had a lot of flexibility within the space and was given a lot of choices for how to customize the floor plan to fit my families' needs.

In addition to adding on the modular unit, we also renovated our existing second floor and took some walls down to create an open floor plan. Upstairs, the modular addition created three new rooms, enabling both of our boys to have their own bedroom for the first time. The third room would be used as a large den for the boys to study in or entertain friends, which was very hard to do before. Now we can have parties, and have family over for the holidays. We also added a large laundry room and a bathroom.

Overall, the construction process was near painless. The contractor's team was professional and efficient, from project management to the installation crew itself. The crews were able to park all of their trucks and equipment in the back of the complex so that my neighbors entering the front of the building weren't constantly reminded that it was a construction site.

The real benefit of the modular addition was that my family and I were only displaced for about 10 days. Some of our neighbors who also added space opted to stay in their apartments during the project, depending on the extent of the work they were having done.

To date, about 20 of our neighbors have also expanded their living spaces using the same type of addition. These additions have added tremendous value to the entire co-op community—but the primary benefit to my family is that it allowed us to call Glen Oaks Village our home for many years to come.

Roseanne Corrado is a shareholder in Glen Oaks Village, a garden-style cooperative community located in Queens.