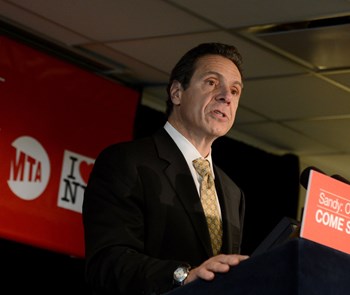 Over 45 years ago, when New York City was entering a dangerous financial decline that nearly culminated in municipal bankruptcy in 1975, the 421-a tax exemption program was created to incentivize developers to enter into new residential development on vacant and near vacant lots throughout New York City.

More than four decades later, tens of thousands of apartments have been built under this program, particularly in the period between 2004 and 2008. Last December, the program expired. New York Gov. Andrew Cuomo, New York City Mayor Bill de Blasio, and representatives of the real estate industry and labor have been trying to work out a deal to revive the program since.

The main objection to continuing the program in its current form was that, according to a study completed by the New York City Independent Budget Office, “over the last 11 years a third to a half of the 421-a tax expenditure committed to condos in Manhattan and about two-thirds awarded in the rest of the city is a waste, or a total of $2.5 billion to $2.8 billion,” because the program has been used to subsidize market rate condominiums rather than affordable housing. Wealthy individuals received far more in benefits than they paid in price premiums for their apartments.

“As policymakers again consider renewal of 421-a, a reduced and better-targeted set of benefits could, at least in theory, lessen the program’s inefficiency while still providing some incentive for condo development. A program that does not oversupply tax subsidies would help make better use of scarce public resources,” the IBO said in its report.

On January 15, Cuomo announced that he had reached agreement with members of the real estate community, labor unions and other concerned parties to replace the 421-a program with a new initiative entitled 'Affordable New York.'

“This agreement will help fulfill the real need for more affordable housing in New York City while recognizing the work of the employees who build them,” the governor said in a statement. “It will expand housing opportunities for low-income individuals by lowering income eligibility requirements and extend affordability for projects created with 421-a for an additional five years. This is a major step forward in our efforts to provide affordable housing in New York City and ensuring benefits and fair wages are paid to hardworking men and women. I’m urging the Legislature to pass the Affordable New York bill.” (To date, the bill has not yet been passed)

During a recent radio interview with John Catsimatidis, the governor said that the Affordable New York housing program will create about 2,500 units per year of affordable housing. “it’s actually, in my opinion," he said, "a better program than the old 421-a. This has increased the length of affordability 40 years, and it’s actually made it more affordable for people to qualify.”

So what is new and different about the proposed Affordable New York program? For starters, buildings constructed under this program will be eligible for tax incentives for up to 35 years, up from the 421-a 25-year incentive. Rental buildings with more than 300 apartments in Manhattan south of 96th street and in Brooklyn and Queens community Boards 1 and 2, one mile from the East River waterfront that reserve at least 20 percent of units as affordable housing will qualify.

Additionally the program guarantees that construction workers on those projects in Manhattan must receive an average rate of $60 per hour, and those in Brooklyn and Queens $45 per hour.

Also, the program will expand housing opportunities for low-income individuals by lowering eligibility requirements; ensure compliance of wage requirements through independent monitors and penalize those developers who fail to meet the requirements; and allow projects that began construction after December 31, 2015 after the expiration of 421-a and before June 15, 2020 to qualify if their completion date is on or before June 15, 2016.

According to Robert Delitsky, senior vice president and managing director in the New York office of commercial mortgage brokerage NorthMarq, “the implementation of Affordable New York will be a boom to construction of rental housing in the future, which is desperately needed in New York City, while not adversely affecting the construction of new condominiums.”

Meanwhile, as The Real Deal reported, de Blasio expressed concern that larger luxury condo projects could be incorporated into Affordable New York, a response to talk in Albany by some legislators reportedly advocating that move. Such inclusion would “creep back into the direction of the old and broken system,” the mayor recently said,

Cuomo's representative said that the governor would not back a plan that would add more condos, according to The Real Deal. 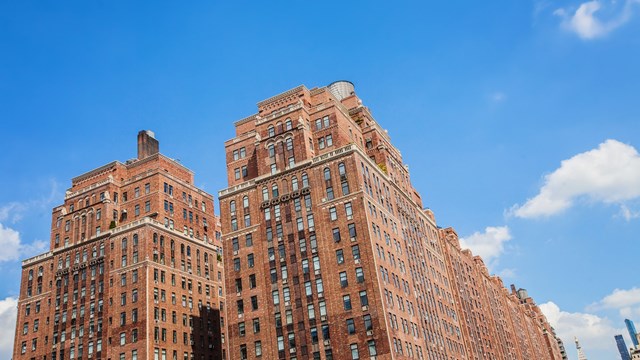