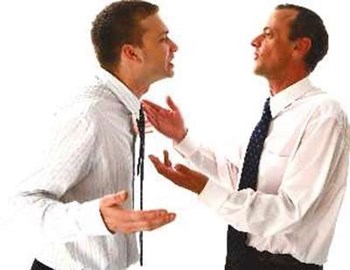 Nothing worth doing is ever easy. That rule of thumb certainly applies when it comes to the creation of co-ops and condos. Whether constructing a new building or converting an existing one, it can be a tricky business. The person or group establishing the co-op or condo must solve a whole flurry of issues before the first resident ever sets foot in the building. His or her partners in this adventure—those brave souls who sign on to be the building's first board members—have their own interests in mind as well, working together to try and create a place that they can call home.

For sponsors and board members, good intentions abound. There may come a time in even the best sponsor/board relationship, however, when trouble arises and the two find themselves at odds. The best way to prevent these problems? Know what to expect.

In the beginning, after the conversion has been approved by the state attorney general's office, all the paperwork filed and construction completed, there comes a time when a co-op or condo will transition from the hands of its sponsor into the hands of its board. It's the board that ultimately will control the entire enterprise.

"In the beginning, the board will consist solely of sponsor representatives," says attorney Robert Braverman of the Manhattan-based law firm of Braverman & Associates. The size of the board is determined by the building's initial offering plan. After a certain amount of time, a first round of elections will be held and slowly the makeup of the board will begin to change. "They might only be electing a couple of people at a time," Braverman says. "On a nine-person board, for example, you could start out with only two or three non-sponsor designees." The sponsor's place on the board generally serves a vital purpose: helping guide the business in its early stages.

In these first months or years, "It's important that sponsors are on the board so that they can conduct the business of trying to sell those remaining units," says attorney Adam Leitman Bailey of Adam Leitman Bailey PC in Manhattan. By working hand-in-hand with residential board members and others invested in seeing the successful launch of the co-op or condo, the sponsor has a good chance of creating a welcoming and functional environment for new and prospective residents.

The Battle for Control

Sometimes, however, having the sponsor and his or her designees on the board can serve as a flashpoint for some of the most common conflict scenarios that arise in residential buildings. Even after a significant number of shares or units have been sold, "Most buildings' plans will have a sponsor entitled to a designated seat [on the board] for as long as they own even one unit," Braverman says.

While many sponsors strive for a hands-off approach to board management, for others, the temptation to get overly involved and try to control the course of the building's future without adequate input from the board can prove irresistible. This can be especially true when it comes to issues of maintenance, repairs and upgrades.

If, say, the residents would like to renovate the lobby but it's going to cost $2 million, the sponsor may be reluctant to vote for that proposal, given that it might result in higher maintenance fees, which is going to make the property less attractive than others on the market. Board members who are residents of the building and owners of the property will see that lobby renovation in a different light: first, it will improve quality of life and second, it's an investment in the long-term value of the building itself.

Issues of control are the most common source of friction between sponsors and boards, says attorney Al Pennisi of Pennisi Daniels & Norelli LLP in Queens. "It's always a bone of contention because even when the sponsor turns over authority to the board, they will retain that seat on the board as long as they have shares."

And even if a sponsor only has one vote on the board, he or she can still appoint proxies or lobby to influence other members of the board to vote alongside them. "If it's a five-person board, the sponsor might hold two seats," Pennisi says. The question then becomes, can he influence a residential board member to vote his way?"

That practice is perfectly legal—just as legal as trying to sway your congressman with letters and phone calls. If you plead your case to try to persuade another board member to vote your way, you're simply using the art of persuasion. Legal issues arise, however, if the person voting in conjunction with the sponsor is in business with the sponsor, is an employee or a vendor, or is considered under the influence of the sponsor in some other direct, demonstrable way.

Another issue that surfaces has to do with quality of construction and following through on initial repairs and promised amenities.

If the co-op or condo building is new construction, then the contractors (sponsors) will build each unit as laid out in the original offering plans given to the unit owners or shareholders before they made their purchase. According to the legal experts, the key here is that the sponsor needs to build it exactly as stated in that original plan.

"It's good to have an attorney review the initial offering document in order to make sure they build it to the specs they've made," Bailey says. It also helps when residents first move in to have an engineer inspect the building to find or note any problem areas that may need to be repaired either then or at a later date. This initial information will help determine what the reserve fund will be.

In new construction, the problems may arise after people already have moved into their units. "After a few months, the new owners may discover that the windows are drafty or that the common areas are falling apart," Braverman says. "Some sponsors are more than willing to work with a building in terms of fixing things or making a contribution toward repairs. Others are unwilling or simply disagree with the claims. There have been claims where these issues have been very hotly-litigated." If the construction problem is specific to one or two units, then it is the unit owner's responsibility to make a claim against the sponsor. If, however, it's an issue that affects the whole building—perhaps a leaking roof or a faulty boiler - then it will fall to the board to correct the issue and compel the sponsor to address the problem.

Beyond questions of repair, ongoing maintenance issues can cause problems between the sponsor and board as well. In a number of buildings, the sponsor also will serve as the managing agent, especially in the early days of a co-op or condo's existence. "The sponsor may be wearing two hats," Pennisi says. "They may want to try to keep maintenance and related expenses at a minimum [in order to maximize profit] or they may not want to do those long-term repairs."

In recent years, selling co-op and condo units in New York City has not been a problem for sponsors. With the hot real estate market, apartments of all shapes, sizes and prices were being snatched up by eager buyers throughout the city. As the slowing sales patterns of the rest of the country begin to influence New York neighborhoods bursting with new co-op and condo developments, another common sponsor/board issue may become more prevalent: is the sponsor selling his units or simply renting them?

If the building was a non-eviction conversion, there's a good chance that a fair number of rental tenants stuck around after units began being sold. The sponsors may be making money off of these rentals and may not want to give that revenue stream up - especially if they are having a difficult time selling units. This can be a significant problem for the board and residents of the building.

"Say, for example, that I am a shareholder in the building," says Pennisi. "I've made a big investment in my property. It's my home. But renters don't have to follow the rules of the co-op, and they don't have to maintain their unit if they choose not to."

There is a financial downside to having too many renters as well. "Most banks want to see 60 percent of the building sold to residential shareholders," Pennisi says. If that percentage is not met, "some banks will not give loans [to new buyers] because there is more chance of foreclosure, of people walking away from their financial responsibilities."

This issue of sponsors selling their units in a timely manner came up in a legal case known as the Jennifer Realty case, wherein a sponsor had only sold 10 to 15 units in his building after a long period of time. He continued to rent the units, but stopped making an effort to sell. That created a problem, "because there is an implied obligation in the offering plan to create a viable co-op," says Braverman.

The end result of the Jennifer Realty case basically stated that sponsors had to make a legitimate and serious effort to sell their units. "If a sponsor owns 20 percent of the building and continues to rent, they wouldn't be running afoul of the law," Braverman says. It's when those percentages get higher and the years start dragging by without enough sales that things can get murky. Still, sponsors are usually given the benefit of the doubt. "It depends on the particulars," Braverman continues. "What is the state of the real estate market? Have they tried to amend their plan to sell? Have they made an effort?" He says the sponsors cannot be forced to take a loss on their property or suffer other financial hardships to sell. They simply must make a diligent effort.

The relationship between boards and sponsors should be a strong, productive one for the welfare of the building and its residents. When things go off track and trouble begins to brew, it is best to start communicating and searching for a resolution. Without that strong relationship and without that trust, the building will always be just a building and never a home.