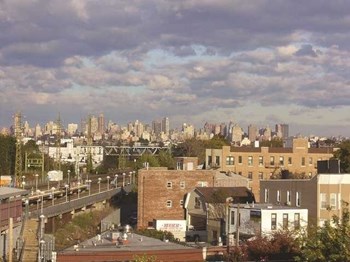 Long known as a working class, Irish enclave tucked under the No. 7 subway line  in the western portion of Queens, Woodside is a neighborhood with a  multicultural flavor, affordable housing and an extremely convenient location.

Woodside is a short 20 minute (or less) subway ride from Midtown Manhattan. The  Long Island Rail Road and The Ed Koch Queensboro Bridge are also nearby. The  community is bordered on the south by Maspeth, on the north by Astoria, on the  west by Sunnyside and on the east by Elmhurst and Jackson Heights. According to  law enforcement officials, the 108th Precinct, which covers Woodside,  traditionally has some of the lowest crime rates in the city.

The Bulova Watch Company that manufactures watches and clocks is headquartered  in Woodside where it has made innovations in watch making and developed  numerous watch making tools. The company was founded and incorporated in 1875  by Joseph Bulova, a Bohemian (now Czech Republic) immigrant who settled into  the area.

If you were to stroll through Woodside today you’re likely to see burgeoning Bangladeshi and Filipino populations, Mexican,  Korean and Indonesian businesses mixed in alongside numerous Irish pubs where  the Guinness is flowing, the accents authentic and football is soccer.

In 1860, the road we know today as Northern Boulevard was built to connect the  town of Flushing with the 34th Street Ferry to Manhattan. In 1867, residential  neighborhood developer Benjamin W. Hitchcock purchased a 115-acre farm, split  it up into lots and two years later sold them, creating the village of  Woodside.

Since Woodside was located a scant three miles from Hunter’s Point on the Long Island Rail Road line it made an ideal location for a new  suburban community.

Irish American immigrants flocked to Woodside because of its affordable housing,  easy access to transportation and large Irish population. Many Irish immigrants new to New York City found their way to Woodside through  word-of-mouth and eventually settled in after liking the area’s feeling of familiarity. In 1894, St. Sebastian Roman Catholic Parish was  founded in Woodside and would go on to become the religious epicenter of Irish  immigrants in New York City.

As population grew, Woodside was forced to change from a quaint suburb to a more  urban environment to accommodate the constant flow of residents into the area.  In 1924, the City Housing Corporation began building private homes in Woodside.  The community was outraged since there was such a large influx of Irish  immigrants they wanted large apartment buildings built to accommodate the  newcomers not single family homes. As a result, many of the newly arrived Irish immigrants with limited housing  options ended up crowding into these single family homes, creating crammed  living quarters often with unsanitary conditions.

On September 27, 1926, Loew’s Woodside Theatre opened. On opening night the 2,000-seat theater screened a  pre-release version of the Buster Keaton comedy ‘The Battling Butler,’ to a standing room only crowd.

Woodside’s population continued to grow especially with the arrival of the Queensboro  Bridge and the building of the subway tracks in 1910. By the early 1930s, the  area was approximately 80 percent Irish. By 1960, Woodside became more urban  and accommodating with the construction of the Big Six Towers apartment  complex, which replaced single-family homes.

Beginning in the 1990s, many Asian Americans began moving into Woodside,  particularly east of 61st Street, altering the ethnic landscape of the  neighborhood. Most of these newcomers were Filipino, Chinese and Korean, and  many other groups, such as Indians, Bengalis, and Pakistanis also immigrated to  Woodside joining Puerto Ricans, Columbians, Mexicans and Dominicans.

Woodside’s diversity is clearly shown in its restaurants along Roosevelt Avenue, the  neighborhood’s main thoroughfare. On this stretch you’ll find un-trendy Irish pubs, A Cuban sandwich eatery, a wide selection of  Indian and Bangladeshi delis, a Filipino barbecue restaurant and a popular  Filipino fast-food chain, Thai and a glut of Latin American hideaways serving  up authentic and tasty fare. A “Little Manila” extends from 63rd-71st streets at the strip of Roosevelt Avenue, where many  Filipino businesses have congregated to serve Woodside’s burgeoning Filipino community.

Some of America’s biggest names got started in Woodside: Pulitzer prize winning author Frank  McCourt, actor James Caan, film director Francis Ford Coppola and Edmar Mednis,  a former international Grandmaster of chess are all past residents of the  neighborhood.

Although many ethnic groups now call Woodside home the area continues to have an  enduring Irish population. 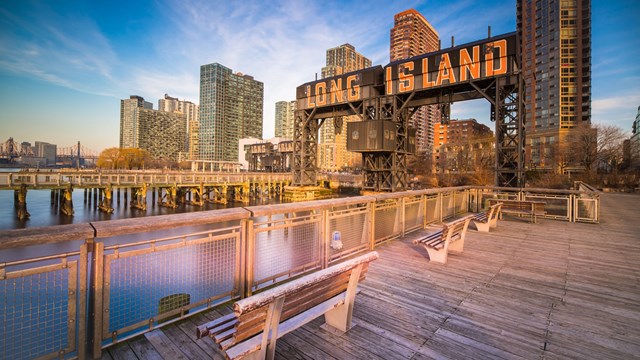