Do not show again [X]
By Mike Odenthal   2017 November Finance 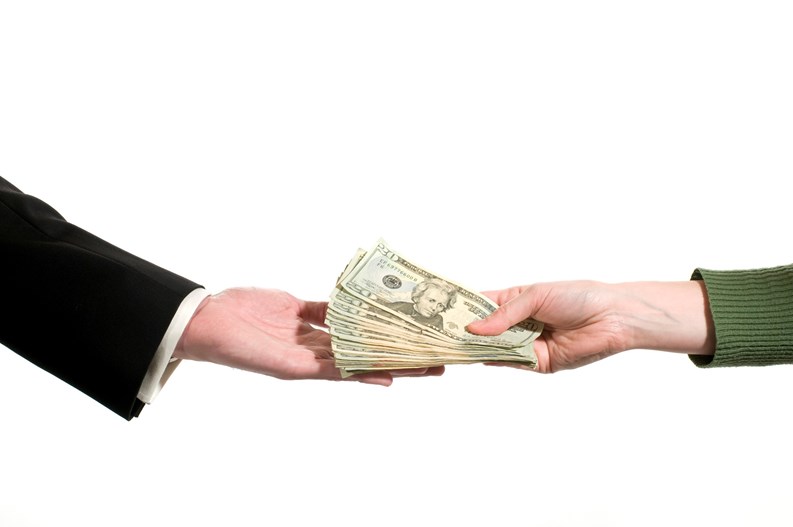 Maintaining a residential cooperative or condo association does not come cheap. Shareholders and unit owners contribute regular maintenance payments, to be sure, but that only covers so much. What happens in the event of a rainy day? Well, there are reserves – but what happens if it rains again, a month and a half later? The truth is, an association can use every penny it can get. That said, it also cannot stand to put undue burden on its residents, who could rightfully push back should they feel as if the board is constantly asking for more and more dough. Thus, it’s on the board to find fair and reasonable ways to accrue a surplus without alienating those who would contribute thereto.

One fairly common way to guarantee a little extra scratch is to implement a transfer fee. While there are nuances and variances at play, the basic implication of a transfer fee is that a seller or a buyer will pay a certain added percentage upon the transfer of a unit, money that will then most likely be used to finance a major project or repair down the line. And it’s always presented in an open, straightforward fashion – never as some fine print “gotcha” charge upon closing – so as to ensure that no party involved is caught off guard.

This past November, Carl M. Cesarano, a partner with Cesarano & Khan, P.C., an accounting company in Floral Park, was asked to co-lead a discussion on this very subject at the Council of New York Cooperatives & Condominiums’ (CNYC) Housing Conference. For a brief overview as to how transfer fees have emerged as perhaps the best option a co-op has for revenue generation, Cesarano has the following to say:

“Because the co-op has limited sources of revenue, other than revenue from its shareholders, it is challenging to develop a strategy to accumulate funds for capital expenditures. The following ways may be considered:

• increasing maintenance charges on all shareholders and creating a line item in the budget for future capital expenditures;

• implementing or increasing the transfer fee charged to sellers of their apartments;

• special assessments charged to all shareholders at the time a major repair or replacement of the property is needed; or

• periodic assessments charged to all shareholders over the estimated life of the property.

“The use of the transfer fee as a means of funding future capital expenditures has become the only practical solution left in the co-op community’s arsenal of revenue sources. Proven as an effective source of revenue in a volatile economic environment, transfer fees are currently used by an estimated more than 70 percent of New York City co-ops.

“As other revenue-generating options are already over-used or cost-prohibitive, [transfer fees] are emerging as the most viable solution...Spiraling operating costs have led to large maintenance increases... Furthermore, high maintenance charges are a strong deterrent to potential buyers, and special assessments are traditionally used only for temporary budgetary gaps.

“Borrowing money is another option, but there are pitfalls with being over-leveraged. Additional borrowings are typically in the form of a second mortgage or line of credit. These products are usually tied to an index of short-term interest rate. Being over-leveraged in terms of debt as a result of having borrowed too much, plus an increase in interest rates, a failure to pay down debt or an unrealistic operating budget can lead to major financial issues.

“Although the Fed’s rate-setting committee didn’t raise the federal funds rate at its most recent meeting, they indicated they would be leaving the door open for future increases. On top of the prime rate, banks typically add on an extra one- or two-percent. The result of such rate increases on the budgets of co-ops which have implemented this type of deficit funding strategy has been extremely costly. In light of the detrimental impact of these alternatives the [transfer fee] is emerging as the best choice for collecting needed revenue.”

Variety Be the Spice

How transfer fees are implemented and collected can vary slightly, depending on the association, its bylaws, its current needs and foreseeable expenses.

“A transfer fee is a legitimate way for a cooperative to raise money from its shareholders outside of maintenance and assessments,” agrees Andrew P. Brucker, a partner with law firm Montgomery McCracken Walker & Rhoads LLP, in Manhattan. “Typically a transfer fee is imposed on the seller of a co-op apartment upon the sale of that apartment. There are some instances where the designation of the party that shall pay the fee is written as to be purposefully vague and, in those cases, it is assumed that the payment would be negotiated between the buyer and the seller.

“There are several examples of transfer fees,” he continues. “The first, and perhaps most common, comes via a percentage of the gross selling price. For example, if the fee is 2 percent of the gross sales price, then, when a shareholder sells their apartment for $1 million, that shareholder must pay the cooperative corporation the sum of $20,000 at closing.

“Another form of transfer fee would be based upon the profit of the selling shareholder. This would typically allow the shareholder to also reduce the profit by the amount of the broker’s fee. Often these fees allow an adjustment to the ‘profit’ based upon any capital improvements made in the apartment.”

Brucker concludes: “Finally, a third type of transfer fee would involve a flat, per-share payment. Something like $20 per share.”

It’s been established that the function of a transfer fee is to raise money outside of maintenance and assessments – but why implement transfer fees, specifically? And for what would the funds raised most likely pay?

“Co-ops that have no commercial space, garage or rental revenue do not have a means of generating revenue to help build up the reserves that will ultimately be used to fund capital projects, and thus will implement a transfer fee as a long-term planning strategy,” says Avi Zanjirian, audit manager with Manhattan-based accounting firm Czarnowski & Beer. “And co-ops with commercial revenue may also implement a transfer fee as a strategy for long-term planning, since commercial rents reduce maintenance charges and large surpluses are not generated that can be placed into a reserve for a future project.”

Also, Zanjirian notes that despite being regular occurrences, building improvements are often not adequately budgeted for. Additionally, prospective buyers are more savvy about the long-term prospects of their investment, and they’re actually looking for this type of funding. Buildings with better reserve funds enjoy higher prices.

“A transfer fee is more expected than not, these days,” says Zanjirian. “The buildings that don’t have one in place tend to be those wherein a majority of owners don’t seem interested in maintaining the property. But, in general, transfer fees are so common in Manhattan that I would not be surprised if, in the next five to seven years, a majority of co-ops will have one.”

While some associations have had a transfer fee in place since their inceptions, others attempt to implement them further down the line via bylaw amendment. It’s then when there may be some pushback from residents who bought in because no such fee was required, or bought without knowing such a fee even existed anywhere.

“For instance,” he continues, “if money is raised by assessment, it might hit the shareholder when they’re financially vulnerable. Often people complain that the transfer fee is paid for repairs that are to be made after the shareholder leaves. While this may be true, there is another issue to consider: if, for example, a shareholder has been using the elevator for years, along with everyone else, causing wear and tear, and then one shareholder sells just before an elevator replacement takes place, is it fair that they pay nothing toward that replacement?”

“The association has to work really hard to communicate with people when implementing a transfer fee where one wasn’t already in place,” adds Zanjirian. “You run into different philosophies held by those only in the building for a short while, versus those who have been with the property for the long term. So maybe the association will phase in the transfer fee, establishing that for, perhaps two or three years, it won’t need to be paid, or it will demand a lower percentage for the next few years. That type of compromise is how they get the votes.”

And one last point, for those still referring to transfer fees by the outdated term ‘flip tax,’ Zanjirian wants you to cut it out. “It’s really stale,” he says. So implement it as your board and residents see fit – but call it what it is: ‘a transfer fee.’ 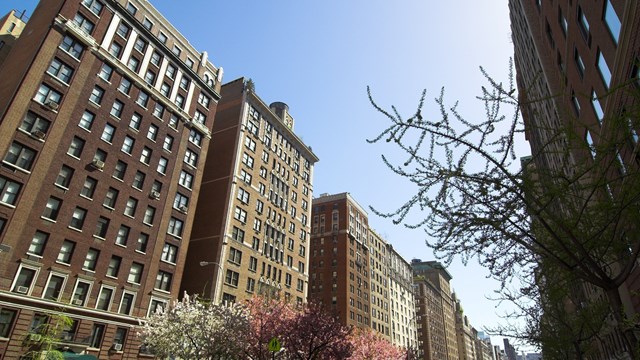 What You Should Know About Sponsor Units

There Are Some Advantages and Disadvantages in Buying One 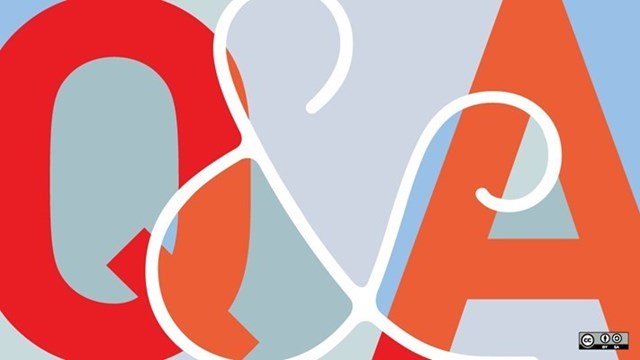 Q&A: Can a board assign a lower per-share transfer fee to different units?

Q&A: Can a board assign a lower per-share transfer fee to different units?

daria syneoka on STAR on the Rise:
I moved from one apartment to another in the same coop. What I can do to get STAR in new place?
carole Pinto on A Mortgage Primer:
can the board president refinance a mortgage without a vote from shareholders?
Barbara Tulko on Refinancing Your Underlying Permanent Mortgage Like a Banker:
What are the FNMA guidelines for obtaining a refi of an Underlying Cooperative mortgage in NJ. 55 units, all individually owned, $2 millio…
Robert Stein on Fraud Detection for Co-ops and Condos:
January 30, 2021 – Board 1 and STILLMAN wants us to borrow 4 Million—*STILLMAN? WE WISH to THANK the Lesser Law Group (ATTORNEYS of BOARD 1)…
David on Tax Time:
You mentioned that New York State requires filing - What form is used to file with New York and is there anything similar to the 1120-H whic…