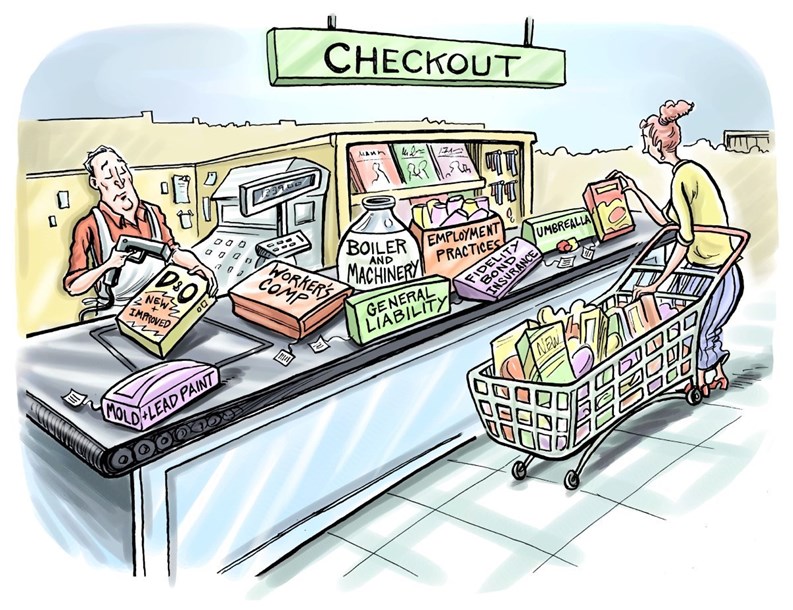 It’s capitalism’s most basic tenet: supply and demand. When supply is sparse and demand high, prices go up. When supply is plentiful however, prices go down—and suppliers are forced to diversify their offerings in order to distinguish themselves and remain competitive in a flooded marketplace.

That’s not unlike what’s going on in the insurance market at the moment. Not medical insurance, which we all know is climbing, but the insurance premiums on your co-op or condo building, which are either remaining steady or actually decreasing. This might seem surprising, since the current state of the economy and increased threat levels from both natural and manmade disasters would seem obvious reasons to increase insurance costs, but insurance experts agree that the market is soft and competition among firms have forced prices down and new products online.

Christine Chipurnoi, senior vice president of Real Estate and Construction Practice at Wells FargoInsurance Services in New York, recently wrote a new insurance policy for a New York City building. The board watched their annual premiums decrease by $17,000 and, at the same time, include more and better-rated coverage than before.

“When insurance companies are doing renewals, they want retention and want to make a similar amount of money that they made last year,” says Chipurnoi. “They finish their renewals at the end of the year, but if [the amount of] renewals are down they have to write new business in a very competitive way.” This competition can result in different coverage options and tremendous savings for buildings.

Not only are rates going down, but the menu options for insurance coverage have also changed quite a bit over the last few decades. The standard package policies still exist—these include property insurance, boiler and machinery and general liability coverage. However, certain events have a tendency to add new insurance or change existing insurance coverage.

For example, prior to the terrorist attacks of September 11, 2001, most buildings had terrorist insurance, but witnessing the actual devastation that these acts can cause forced some insurance companies to wash their hands of the huge fiscal responsibility.

The Terrorism Reform Insurance Act (TRIA) was passed by Congress in 2002 and made the government responsible for claims from a terrorist attack if the damage exceeded $5 million dollars. The TRIA was put into place for three years and renewed again for an additional 10 years. “In the meantime, they have ten years to devise some sort of a solution,” says Chipuroni. “There are still surcharges on buildings that are near target areas.”

Mold and lead paint liability isn’t quite “new” in the insurance industry, but has seen a makeover during the last few years. “Due to the added publicity of the recent years for mold in New York apartments, they’ve been expanded or tailored to the co-op/condo market,” says Arthur A. Schwartz, senior vice president of Masters Coverage Corp., in New York.

Other new coverage, according to Schwartz, includes employment practices liability and the expansion of the directors and officers policy to cover past, present and future board members.

“Employment practices liability is often included in the directors and office policy and is coverage for wrongful termination, discrimination in hiring practices, sexual harassment, violations of the Americans with Disabilities Act,” explains Schwartz. “Many older buildings that weren’t ramp or handicap-accessible found it vital to have this form of coverage.”

Please Press 3 to Ramp Up Coverage

Years ago, when boards wanted to implement cost-cutting measures, they trimmed a few bucks off their insurance policies by underinsuring the buildings, thereby reducing the premiums. Today, buildings are being insured for their true value and although this could force an increase in premiums, some insurance companies are providing extra coverage at no additional cost.

“One of the biggest potential drivers of increased costs is that many buildings were severely underinsured in terms of cost to replace the building,” says Kozera. “The realization that most buildings were way underinsured is the single biggest driver of increased budgets over the last few years. The insurance companies are now driving the changes. The insurance companies are recognizing we couldn’t possibility rebuild it even with the numbers today.”

Replacement costs have spiked dramatically over the last few years, driven by the skyrocketing price of construction materials. According to reports, steel prices alone are up more than 50 percent. In addition, the last few months there have been several devastating construction crane accidents in the city, which have lead to concerns about injuries and liability and the ability of tenants in the damaged apartment to pay maintenance fees.

“If a crane on 91st Street damaged the building, you might have lost the use of apartments and those tenants aren’t going to pay maintenance fees, so the building would be out that money and needs to be reimbursed,” describes Schwartz. “The next issue is that the building may be held responsible for damage or injury to someone. Primary responsibility would be the crane operator and construction company, but it’s possible the tenant would sue the building for allowing the crane too close to the building. It’s important to be protected.”

While New York City seems to be a world of its own, when it comes to building insurance coverage there are only a few differences between insurance coverage in the Big Apple and in San Francisco or Oshkosh, Wisconsin. “New York does differ in its preponderance of liability claims,” says Schwartz. “The courts consistently have high verdicts and insurance companies are reluctant to write high limits of liability insurance.”

“When it comes to the costs to defend against lawsuits, Wisconsin would be cheaper than New York and property rates are generally not cheaper in New York. The cost per unit for insurance is also far cheaper in Wisconsin than it is in New York City,” says Kozera.

Most condo and co-op associations also require shareholders and unit owners to have insurance that covers everything inside their four walls. The building’s master policy will not cover damage to individual units. In addition, shareholders and unit owners should also carry liability insurance as well, in case of a lawsuit by someone who sustained injury inside their unit or in case their leaky faucet ruined Mrs. Smith’s unit downstairs.

“For this reason it is important for unit owners to carry their own coverage for their personal property, liability, and for building property,” says J.R. Orenstein, owner of J.R. Orenstein State Farm in Great Neck. “The pricing depends on the amount of coverage unit owners choose to have.Many people underestimate the value of their personal property, but it can add up quickly.”

Keeping up with what’s new in the insurance industry is important to make certain your building is adequately covered. The board should be in direct contact with the managing agent or the insurance company and kept up-to-date on any new policies. These experienced professionals can tell the difference between new and valuable coverage and any gimmicky-type of insurance.

Chipurnoi notifies her clients of anything that’s new and pertinent with a newsletter. “I’ll personally read trade journals and email to my client what I think is important to them. It’s a complex industry and a good agent should be able to educate their customers.”

When a building’s insurance is up for renewal, a board shouldn’t feel loyalty to their insurance company. Instead, they should shop around for the best prices and for maximum and complete coverage. In this economy, every dollar counts—and the goal is to have good coverage at the least amount of cost.