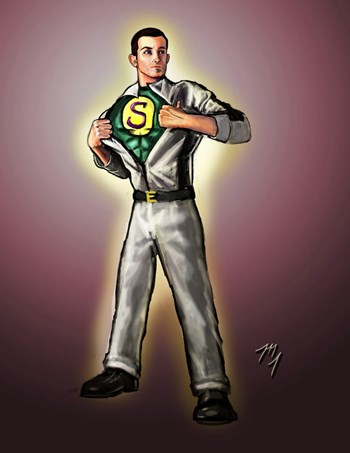 The co-op we owned in Astoria was a huge brick prewar building. Three of its sides were either attached to other buildings or else sealed off by high barbed-wire fencing. The only way into the building was the front door, and that meant going through the lobby, past the super’s apartment.

The super, a tall youngish man with tattoos on his arms from his days in the Serbian military, had an almost preternatural ability to detect untoward noise in the lobby. Slam the door by mistake, and Poof!—he would appear, making sure everything was OK.

One night, a drug addict tried to sneak into the building to sleep in the lobby. The super was having none of it. When the intruder refused an order to leave, the super physically picked the guy up and through him out—literally, like they do on TV cop shows. Our co-op was like a fortress, and our super kept it safe. That was one of his many jobs in the building, and he one he did with aplomb.

The Captain of the Ship

A good super is essential to the well being of a building. He or she is generally hired by, and reports to, the property manager. In larger buildings, the super has his own staff, comprised of porters, doormen, and handymen, who perform the more menial tasks, while the super focuses on larger issues and liases with the shareholders. In smaller buildings—like mine in Astoria—the super does it all, from changing batteries in fire alarms to baiting the mousetraps in the basement.

“The super is the captain of the ship,” says Peter Grech, president and director of educational services with the New York Superintendents Technical Association (NYSTA). “He/she oversees and supervises all staff, all contractors.”

There are many tasks that need to be done, of course—checking equipment, cleaning, managing staff, helping shareholders with maintenance issues—but the job itself is fluid. What’s the average super’s day like?

“That would take hours to explain!” says Grech.

Start with the basics, then—the equipment. All buildings have a heating system, and many buildings have central air conditioning. The super’s role begins with these pieces of equipment, and experience in those areas is what managing agents look for when hiring supers.

“If you have a number six fuel burner-boiler situation, he should have experience with that,” says Gerard J. Picaso, owner of Gerard J. Picaso Inc., a management company based in Manhattan. “If you have central air conditioning, he should have experience with that. Those are the two biggest parts of the building system that the super has hands-on responsibility for.”

This involves cleaning filters, checking boilers, keeping track of temperatures throughout the building to make sure the heating system works, and making sure there are no leaks.

“There’s a regular check-off list they go through,” says Picaso, and it varies from building to building.

If the super is captain of the ship, he is also director of homeland security.

“The prime obligation to residents by a super is to provide a safe, secure building where people can live,” says Grech.

Many organizations offer training and certifications for the technical side of the job.

“A superintendent should have some sort of certification from a established source such as from HPD, IREM, or NYARM,” says Grech. “Degrees from technical schools also help.”

Grech is speaking of certification programs offered by the city’s Housing Preservation & Development, the Institute of Real Estate Management, and the New York Association of Realty Managers, all of which offer professional development coursework. NYARM has its own school of property management as well. SEIU Local 32 BJ also provides educational training for its membership.

Knowing how to perform the tasks—or who to call for help if tasks are beyond the scope of the super’s experience—is essential to a super’s job. But a good super is also a people person, and needs good people skills. Supers manage staff, and they also deal with residents.

“Technical skills are important but so are people skills, such as calling people back fast, or dealing with issues even if they may not be part of the super’s job description,” says Grech, who is a super and building consultant himself. “We are the go-to guy for residents, and as such we need to offer help, guidance and opinions when asked.”

Supers who are looking for additional training would do well to take classes dealing with the personal side of the job.

“I would strongly recommend a super to take a psychology class or two,” says Grech. “We have do deal with people. You know, when a pipe breaks down you can fix it or call a plumber. The same can be said about a switch boiler. But when the problem is the resident, who do you call?”

Margie Russell, the executive director of the New York Association of Realty Managers (NYARM) teaches a class in human relations that is good training for supers (and anyone else in the industry who has to manage either people or expectations).

“It’s like group therapy,” says Russell. “That’s what it ends up being. Group therapy, but with a structure. I try to give them the tools to navigate through” the challenges of dealing with other people.

A good super is always available to talk to residents in case of trouble.

“A lot of supers stand in the lobby in the morning when people go to work, to meet the shareholders and get job requests,” says Picaso.

Some supers work well this way. For others, it is better to have a written record of any job request. “Stopping the super in the hallway on his way to a job is not the best way as most likely he will forget, and then the resident will get angry,” says Grech.

Get it in writing, he suggests. “E-mails are great. Phone calls—unless they are emergencies—are nothing more than a pain. Notes are good too. Any way you look at it, a note, an e-mail or work order, when it’s in writing, we have a record of it, and can’t forget,” says Grech.

Communication is key, as usual. Picaso recalls a situation in which a resident had a leak in her ceiling. She told the super about the problem, and he told her that he was leaving for a vacation in the Adirondacks, and that he would have a contractor come to fix it. But the contractor didn’t show. The resident, in a panic, called the contractor directly. The contractor told her the super had told him to forget it. “But it’s going to rain this weekend, and my roof will leak,” she protested.

As it turned out, the super had driven down from the mountains, repaired the leak, called the contractor to cancel the job, and driven back to his vacation spot—without telling the resident. When she finally called the property manager—which she probably should have done in the first place—he told her the job was already finished.

Communication is vital for the super, but it’s key for residents, too. It’s obviously in the interests of the residents to be nice to the super, but not everyone is. Sometimes they see him as an indentured servant rather than a human being.

“When it’s after hours, unless it’s urgent, residents should talk to the super about anything but the building or about an issue that resident has,” Grech advises. “Supers are people. You will find that most supers have many interests and are intelligent—too many people just think of a super as the guy who fixes things.”

“Get to know your super,” says Grech. “Have you thanked your super lately?” he said with a smile.