Do not show again [X]
By Danielle Braff   2015 October Finance 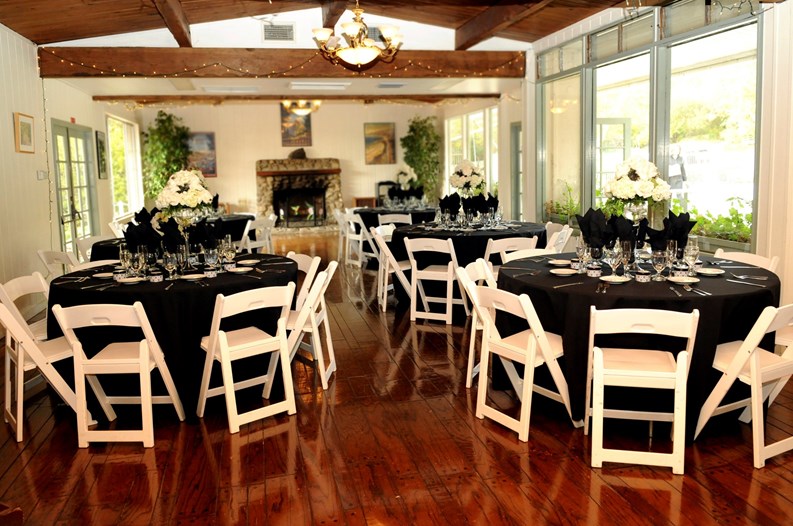 Amenities can be a major selling point for any co-op or condo. You don't have to be Jillian Michaels these days to have a spa or full gym at home. Naturally, they add to the property value of the building as a whole, as well as to the individual units. Some buildings or condo associations are lucky enough to have a library, a residents-only lounge, a rooftop deck, a screening room, an infinity pool, a community rock garden or various other amenity spaces. They can even be a potential source of income for the association community.

Renting common spaces for private events—either hosted and attended by residents, or by outside groups, can be lucrative in providing additional revenue for a board or an association. But, such usage also comes with legal, liability, and security considerations.

The practice of renting out common spaces for private functions happens frequently in New York, where there never seems to be enough space for anything. But, before you jump on the renting bandwagon, you need to do so prudently and legally.

Condos would have a very difficult time renting out their common areas, even if they had the best common spaces in the entire New York City, says Bruce Cholst, a partner with Rosen Livingston & Cholst LLP, a full-service New York-based law firm specializing in condo and co-ops, and real estate transactions. “In a condo, under New York statutory law, condo unit owners own their unit and they own, on a pro-rated basis, their share of the common space,” Cholst says. “So if I own a 2 percent interest, I own a 2 percent interest of the common space.”

Under New York’s condo act, unit owners have an ownership stake in the common interest, and no one can exclusively occupy the common space. “So theoretically, condo boards have to deal with that impediment,” Cholst says. But in a co-op, the board owns the entire building including the common spaces, so they operate the common spaces and they’re the landlord to the shareholders. So, it makes it much easier to decide whether to rent out the common areas and how to do so.

If you do decide to rent out a common space, it’s essential to speak with an attorney about getting insurance, says Douglas Heller, a partner with the law firm of Herrick, Feinstein LLP, focusing in co-op and condo development, lending and restructuring, in Manhattan. “In other states, condos are incorporated as an association and you don’t have unlimited liability, so you can hide behind the association,” Heller says. “In New York, condos don’t have that protection.”

In one lawsuit, Heller recalls, something fell off the roof of a building and hurt someone, and insurance wasn’t enough to pay for the medical bills. The court said condo owners can be sued personally if something like this happens in a common area—although condo owners can try to protect themselves by carrying additional insurance.

In other words, if a condo building decides to rent out its pool or its rooftop deck or any other common area in New York, it needs to do it very carefully, because if someone drowns or gets badly hurt—each condo owner can be sued individually and even found individually liable for damages, Heller says.

Look to the Documents

But Heller usually advises his buildings not to move forward at all, because the money they might make from renting the common spaces isn’t worth the risk in his mind. Many buildings with $10 million units have great amenities. In such luxury buildings, many owners use them as second homes, which allows for even more availability of common spaces. Heller says it’s still not worth the risk. To be fair, if you have a $10 million second home, you probably don't need to take big risks for supplemental income anyway. “The insurance you’d need to require from the user would have to be very expensive,” says Heller.

Heller represented a building that was used to make a movie, and they needed to replace all the window glass with glass that would shatter without injuring anyone.

“In that kind of situation, there was a whole agreement, and the insurance had to be looked at very carefully,” Heller says. “There are other buildings like that where occasionally a deal will be made,” he says, such as buildings that are rented out for television episodes. “But those are for companies—that’s not a couple of kids playing in a space—and that’s not uncommon because the money is there,” he says.

But in a tough economy like this, many buildings are willing to do what it takes to bring in a little extra cash—and not every building is so lucky to get a TV or movie deal.

“I think that every building should be doing everything they can to increase the value of their units,” says Adam Leitman Bailey, founder of Adam Leitman Bailey, P.C., a New York City law firm specializing in residential and commercial real estate law. “We have a tough economy, so everything they can do to keep the maintenance charges down is helpful, but the money they make is usually very small.”

There are ways to increase that amount, however. While renting a party room occasionally may not bring in significant revenue, Bailey suggests charging people to use the gym. He also suggests getting creative, and renting, or even selling, hallways. “It’s a lot of money,” Bailey says.

Cholst also advises his buildings to rent out portions of the hallways—and one of his buildings did it about 10 years ago to an owner who had combined his apartments and wanted to relocate the door. “What they came up with, was that they were not going to block out every other owner on a permanent basis,” Cholst says. So they decided to license the hallway to him as a true transfer of interest in the space, which would be terminable at will. It was a four-month term on the lease, and the board had the right to terminate that will every four months at a penalty. The agreement also stated that once that agreement ended, that the owner would have to restore everything to its original condition.

Part of the problem is that common areas for buildings really must be available for everyone in the building to use, Cholst says. “Theoretically, party space is an issue because you have to shut it out to other people,” he says. “I suggest to the association to go ahead and do it because no one will litigate over it, and if anyone were silly enough to do it—they can just reserve it, just like anyone else.”

If you’re going to let someone rent the party room, or the rooftop deck, you need to make sure that the lease is short-term and terminable at will, and you must be aware that it could be legally challenged, Cholst says. The most fair way to do this, so that you don’t have jealous neighbors, is to offer a one-shot deal to everyone with the same terms, without blocking anyone out of the mix, he says.

These are all the legal issues that condos grapple with in regard to renting out their common spaces. But, co-ops are much easier, and they’re renting out their spaces routinely because of it. But still, co-ops face their own problems. Every common space—and especially those that are rented to the public—needs to comply with the Americans with Disabilities Act (ADA). For example, if there are stairs, there needs to be a ramp. “If they really can’t use it, you’ll have a lawsuit, and the common area is not worth the money,” Bailey says. He’s been hired multiple times to shut down public common area spaces, and it’s a battle that he often wins.

Bailey was hired by a woman who lived in a Fifth Avenue building. She was upset when her building decided to make the roof a common area. “She was able to use her section of the roof to tan and have drinks, and she said she didn’t like wearing clothing,” Bailey says. He did an evaluation showing all the things the building needed to do to legalize the roof, which would have been cost-prohibitive, so the building decided not to rent out the roof after all.

If you’re bringing strangers into your building, you’ll also have to deal with all the issues that come from that as well. “There needs to be rules,” Bailey says. “You’d want to be very careful and talk to an attorney and with people who have done this before to figure out what can go wrong, and what will go wrong.”

You’ll also need to figure out who will be maintaining the common area if you decide to charge a rental fee to outsiders if no one is already tasked with that job. “The board doesn’t want to be a bank nor does it want to be a police officer,” Bailey says.

He’s seen everything, from fist fights to massive fires. His buildings have banned barbecues, and while most buildings don’t want to ban alcohol from their rooftop decks or party rooms, its presence often escalates many of the arguments.  “I’ve also had buildings which went to a great expense to rent out their rooftop decks and party rooms, and people on the floor can no longer sleep because of the noise,” he says.

Still, the buildings that manage to manage the rentals effectively can make a lot of money. The Mercedes Club is a large rental building in Hell’s Kitchen in Midtown Manhattan, and they charge outside guests $129 per month plus a $99 enrollment fee for unlimited use of their 80,000-square-foot fitness center.

For those buildings who choose to follow suit, Bailey has just one warning:

“Horse racing used to be the sport of kings, and now it’s litigation,” Bailey says. “People will fight over everything.” So if your building is willing to be prepared for just about anything, it can reap the high rewards of common space rentals. 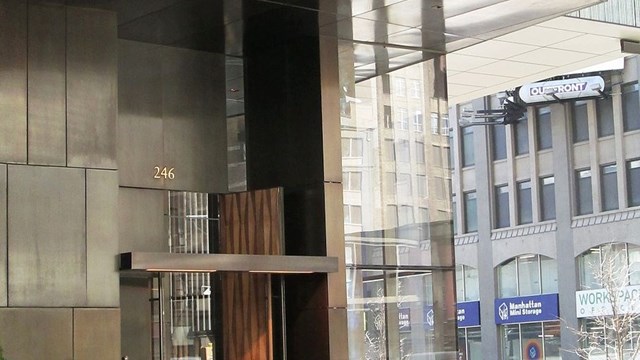