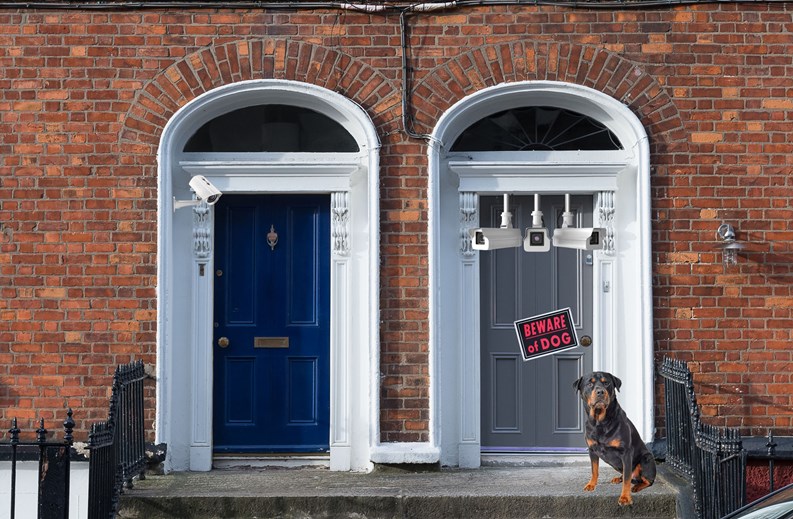 Overall crime in the 30 largest cities of the U.S. was estimated to be down nearly 3 percent in 2017, according to a recent study by  New York University School of Law’s Brennan Center for Justice. For New York in particular, the crime rate was expected to fall by approximately 5.2 percent in 2017 compared to the year before. This crime data comes directly from local police departments in those cities. While these figures are seen as a positive by law enforcement and security professionals, condos, co-ops, and HOAs must take a deeper dive into respective neighborhood crime statistics to fully understand the risks and vulnerabilities facing their particular communities.

To get an accurate picture of the aforementioned risks and vulnerabilities, “property managers and building administrators begin by evaluating the criminal activity within their particular neighborhood and surrounding streets, and within their individual property boundaries,” says Tim O’Brien, CEO of Astoria, New York-based Criminal Intelligence Administration, a private security consulting firm. “Once the evaluation and analysis is complete, appropriate countermeasures, including personnel, systems, and procedures are designed and implemented.”

Determining what level of security is appropriate for a particular community is based in part on the level of risk community members are comfortable with, “seasoned by a realistic look” at the risk actually present in the community, explains Larry Amaker, founder and CEO of Amaker & Associates Investigations, LLC, a security consulting firm based in Hertford, North Carolina.  “Absolute security is not achievable,” he says. “The idea is to secure the community to such a level that the inhabitants feel there is sufficient security to protect them, and the antagonist feels the community is too difficult to broach without a high risk of capture. No one wants to live in a prison – and it’s not necessary to in order to feel safe.”

In O’Brien’s view, observations from residents, board members, and management are the first step to ensuring security and safety. Information gained by the people who actually live in a community can then be shared with professionals as they assess the property and surrounding neighborhoods. The most important goal, however, is determining the wants and expectations of HOA residents.

“One of our clients distributed a survey in which residents were asked for their opinions on protection and what they expect management to do to further ensure their safety,” says O’Brien. “The results were analyzed, and a few recommendations were approved for inclusion in the planned security upgrades. Residents felt they were involved in the process, and the survey was well-received.”

When working with the boards of residential communities, be they high-rise condos or sprawling suburban HOAs, Timothy Zehring, Executive Director of the El Cajon, California–based International Crime Free Association, Inc., says he prefers dealing with one point person – particularly the board president.

“Over the last 20-plus years working with HOAs and condos, I tell them that the person who should run for the board is a person who cares about the community and has the time to fulfill their duty,” he says. “The person I most like to work with is the president of the board, and it doesn’t matter what their background is in terms of their chosen profession.”

While Zehring encourages board presidents and members to reach out to local law enforcement to establish proactive relationships, there are easily accessible resources that can shed light on crime activity searchable by zip code.

“Boards should contact their local police department and ask for a crime grid, which will give them an overview of everything that is happening in the general area,” says Zehring. “Websites like crimereports.com – and there are others just like it – allow them to see what the police have reported, and then these websites generate crime maps.”

Along with connecting with local police departments, boards and management companies are implored to partner with experienced professionals, such as a credentialed security consultant, a licensed security company, or a licensed private investigator, notes Amaker.  “These professionals should provide threat assessment and risk assessment evaluations.

“The consultant for a particular project should be independent, with no conflict of interest,” he continues.“Good security will include careful analysis of the environmental situation in the area, including levels of reported crime, environmental hazards such as fire, earthquake, flooding, power and communication outages, and community response capabilities, among others.”

By working with seasoned professionals, boards can also be privy to proper policy and procedures that address various hazardous scenarios, adds Amaker. This includes inspecting physical security systems, such as fencing, gates, doors, and locks. These systems, he explains, need to be constructed and installed in accordance with acceptable industry standards.

“[The procedures] will include adequate technical assistance and equipment, such as alarms, cameras, access controls,” Amaker says. “And it will include effective liaison and communications with local emergency response personnel.”

A False Sense of Security?

Despite falling crime rates, O’Brien says property management firms, boards, and unit owners have a duty to ensure reasonable security measures are in place to adequately protect residents and guests from foreseeable criminal activity. America’s litigious society, he adds, has resulted in courts nationwide determining that failure to warn, maintain and/or correct situations within a premise can result in litigation and costly judgments against boards or managers deemed to be negligent.

“Within the protection arena, successful litigation for a host of issues, including inadequate security, negligent hiring, negligent retention, failure to train, and failure to supervise can result in large jury awards and have catastrophic consequences,” says O’Brien. “The national average for defending an action can well exceed $100,000, and the average cost for case settlement currently exceeds $500,000.” Jury verdicts, he notes, average an award of $2 million and have reached as high as $16 million.

“In addition to the monetary damages, the unquantifiable costs – including damage to corporate reputation, decreased confidence from investors, low employee/tenant morale, and the potential for reduced occupancy levels – can destroy a once prosperous and well respected organization,” he says.

To ensure that your building or association is shielded from liability claims, O’Brien says three legal parameters have to be considered:duty, breach, and causation. He points to the landmark 1970 case Kline v. 1500 Mass Ave Apt Corp, wherein the court ruled that the “Special Relationships Doctrine,” which was once exclusively applied to the “innkeeper/guest” relationship also applies to the landlord/tenant relationship.

Amaker agrees, and adds that in many instances, it is “reasonable and sensible” for buildings not to be panicked about security. However, he stresses that threats evolve over time, and for that reason, it’s still crucial for boards and managers to remain vigilant, with security and safety uppermost in their mind.

For example, “I do not believe that five years ago tenants were concerned about drones capturing photos of them in bed, or the bathroom,” he says. “The unspoken goal of all good security programs is to make the protected site much harder than neighboring sites, thus forcing the risk to migrate elsewhere.”

The Cost of Safety

Assessing crime rates with a designation of ‘low,’ ‘medium,’ or ‘high’ can be achieved by partnering with local law enforcement and studying crime instances and trends. In many cases, crime rates can be reduced using methods that won’t break the bank.

“If a HOA is going to hire a security expert, it is important that they shop around,” says Zehring, who adds that security protocols should be revisited every year and adjusted to reflect current reality. “A good security expert will tell you what you really need to spend money on, versus what is considered a waste.”

Proper lighting, Zehring adds, is the “least expensive and most effective” crime deterrent. “Criminals do not want to be seen,” he says. Along with well-built, fully functional locks on all access and entry points, Zehring says HOAs should invest in landscaping to ensure that bushes are trimmed to less than three feet, or below the window line, and tree limbs are trimmed up to seven feet. “This gives you a wide field of view,” he says. “Good lighting and good landscaping are very simple, time-proven security measures that work.”

To ensure good community relations, Zehring, a retired 22-year veteran of the Mesa, Arizona Police Department, also suggests that boards work with local law enforcement and co-host safety-themed social events to help get residents themselves involved in protecting their property. “At these events, board members and residents can talk about crime prevention–everything from rolling up your windows, locking your doors, taking valuables out of your car to personal safety to prevent assaults,” he says.

In order to ensure that board and resident security expectations are met, it is imperative that the hired consultant is an effective communicator. To this end, Amaker says,“It’s of no use to develop a security plan that the HOA won’t utilize.

“There should be a clear understanding of what the client wants and who the person to represent the board is,” he continues. “Waypoints during the project should be established at the beginning of the project and formal meetings with the representative held. When a draft report or proposal is produced, a meeting with the client should be held to discuss the recommendations and answer any questions.”

W B King is a freelance writer/reporter, and a frequent contributor to The Cooperator. 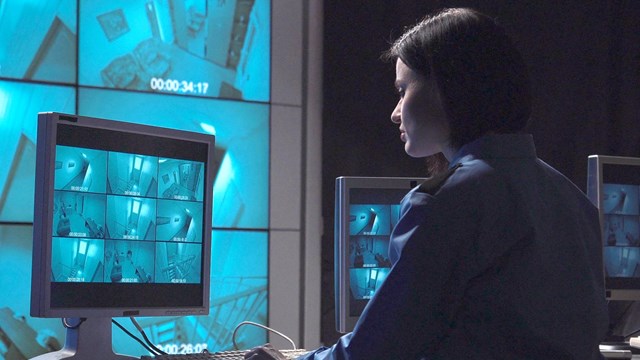 Maintaining Security in Your Association