Do not show again [X]
By A.J. Sidransky   2021 October Board Operations 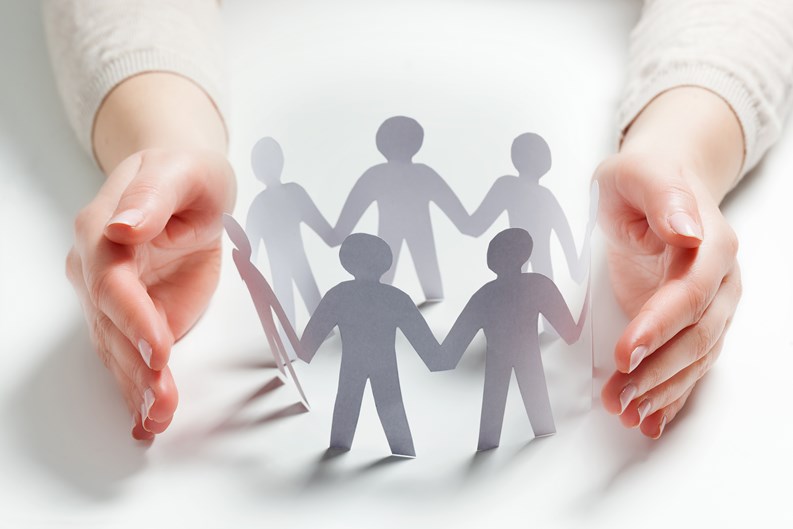 In the wake of a tragedy of the size and scope of the recent building collapse in Surfside, Florida, many board members in condos, co-ops, and HOAs have concerns about what liability they may assume in their administrative role. This concern is legitimate. Board service is a volunteer position—those who choose to serve do so for free, donating their time and effort to their community. The last thing a volunteer wants is to find themselves being sued as a result of a decision they made in good faith. So what stands between boards and backlash? Insurance, for one—and solid governing documents.

The main protection for volunteer board members against liability for decisions they make that may negatively affect the community comes from Directors and Officers insurance, more commonly known as ‘D&O.’ Jeremy A. Cohen, a partner at the law firm Seyfarth Shaw, which has offices in New York, Chicago, Boston, and other cities in the U.S. and globally, defines D&O insurance and its coverage:

“Directors & Officers insurance is the coverage typically purchased by corporations to cover all manner of claims against its directors and officers,” he says, “subject to provisions and exclusions set forth in the specific language of the policy. D&O insurance generally covers claims against corporate directors and officers arising out of their performance of duties on behalf of the corporation.  This typically includes claims for breach of fiduciary duty and improper governance with respect to corporate affairs, as well as claims by individuals, such as defamation, libel, slander, and invasion of privacy.”

Dennis H. Greenstein, another attorney with Seyfarth Shaw, adds that “while there are numerous standard provisions and coverages in the typical D&O policy, each policy is unique. Board members and managing agents must consider what the particular policy provides, and what acts are specifically included and excluded. It is critical that every board understands what is being covered and excluded, the amount of the deductibles to be paid by the insured on each claim, and the notice requirements that must be given to the insurer of any possible and actual claims. Insurance companies frequently initially deny coverage if the insured failed to give proper notice of a claim as required by the policy—and not just claims that have risen to the level of actual litigation, but including ‘threatened claims’ as well. It’s therefore best practice to give notice to your carrier upon any threatened claim.”

Mark Hakim, an attorney with the New York-based firm Schwartz Sladkus Reich Greenberg Atlas, points out that “D&O insurance also does not cover personal injury suits, which would be covered separately, by the building’s general liability policy. No board member wishes to jeopardize his or her personal assets while being an unpaid volunteer. D&O insurance is intended to provide protection to the various board members acting in good faith in furtherance of their duties as directors. Generally, so long as the insurance is maintained without interruption, coverage continues to those board members, even following their departure from the board. Obviously, this coverage would only protect them from their actions while they were board members—not before or after.”

In the United States, explains Hakim, most decisions made by a corporation’s board are protected by what is known as the ‘business judgement rule’ which, in essence, holds that courts will not interfere with or second-guess a board’s actions (or inactions), provided there is no evidence of discrimination, self-dealing, and/or bad faith on the part of the board, and that the decision was made “for the purposes of the cooperative, within the scope of its authority, and in good faith.” This standard is not intended to grant unchecked authority to a board, or to give a negligent or incompetent board the proverbial ‘get-out-of-jail-free card’; it just means that their decisions will generally be upheld, as long as the foregoing standard is met.

That said, not all decisions are protected under D&O insurance. Like business judgement, “D&O coverage generally does not apply to intentional, fraudulent, or reckless conduct,” says Cohen. “It also does not apply to acts taken by directors and officers outside the scope of their offices.

“In addition,” he says, “contract claims (e.g., breach of a proprietary lease) typically would not be subject to D&O coverage, because contract claims are not typically asserted against individual directors. Personal injury claims—such as slip-and-falls on the condo or co-op property, for example—are not covered by D&O insurance, but would likely be covered by general liability insurance.  Specific policies will have specific exclusions of other claims that are not covered. Claims by the corporation against a director or officer are often excluded, as well as claims by one officer or director against another.”

Board members are likely not liable under the scenario where member/shareholder approval is required, points out Cohen. “Board member duties are determined by the governing documents of the condo or co-op, so if unit owners or shareholders have approval rights for particular expenditures and decline to approve those expenditures, the board members will not be liable. This is a general rule, however, and could be overridden by laws or statutes that require certain repairs or remediation. The board may be responsible for compliance with applicable laws.  As for decisions made by the board itself, the board will be subject to the business judgement rule, which requires board members to make informed decisions based on their business judgement.” As previously mentioned, this is a deferential standard that insulates board members from liability, as long as their decisions are based on a reasonable investigation and are not self-interested or made for a discriminatory or other improper purpose.

Keep Bylaws up to Date

According to Greenstein, “It’s also important to review what indemnification provisions are in the bylaws of a cooperative or condominium. Many of the older cooperatives do not have the more modern indemnification provisions provided in the Business Corporation Law (BCL). They are very expansive, and should be included by an amendment to the bylaws. Further, cooperative corporations may seek to amend their certificates of incorporation with shareholder approval to provide for eliminating or limiting the personal liability of directors to the corporation or its shareholders for damages for breach of duty, provided there is no bad faith or similar acts by the director.”

In the final analysis, board members are unpaid volunteers giving their time and commitment to serve their community. Claims are common—but if directors are acting in good faith and within the authority granted to them under applicable laws and the governing documents of their co-op, condominium, or HOA, they should be afforded the maximum coverage and protections available.

A J Sidransky is a staff writer/reporter for CooperatorNews, and the author of several published novels.

Carolee Doneski on Renting Your Common Areas:
Our clubhouse is free for resident use. HOA fees cover the cost of maintenance. Lately, some of our residents have requested its use for t…
Robin on How Boards and Residents Can Reduce Noise:
I’m so sorry to hear the above comments- it’s not easy living with noise. It’s pathetic how rude, a few people, were on here about the whin…
Fighter on Shareholder Rights:
On July 2019 I bought a Co-Op unit located at Jamaica, NY. As directed by NYC DOF, I've notified managing agent and Coop Board via email to…
Shirley Kerman on Problem Boards:
I am a Resident in a Condo association. The lights in the hallways went out and the Board has not replaced them, creating a danger for the…
Joseph D on Term Limits for Board Members::
I disagreed with anyone saying that term limit is not necessary ,it is a must the longer member remain on the board the most damages they c…