Do not show again [X]
By Danielle Braff   2016 January Management 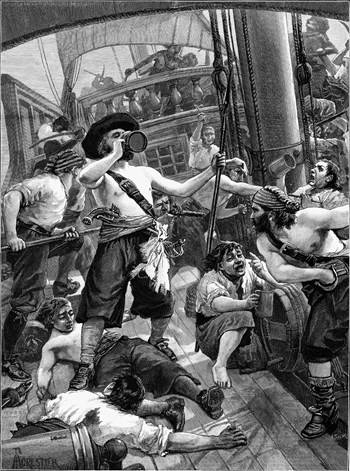 Home is the place where you come to escape all the sounds, smells and people that you may encounter outside of your own closed doors. Home is a refuge—at least until that day when you can’t escape the sound of a dog barking next door, the noxious smell of cigarette smoke seeps under the crack of your door, or when not-so-quiet toddlers are heard through your paper-thin walls. That’s when co-op or condo living becomes tedious, and when your neighbors can feel more like adversaries.

The vast majority of co-op and condo residents are decent folks who wouldn’t dream of disrupting life in their buildings by being verbally abusive to neighbors, by blowing up board members’ phones and email inboxes with endless complaints and threats, or by filing lawsuits at the drop of a hat for every slight (real or perceived) that they suffer.

Unfortunately, there are shareholders and unit owners who seem to thrive on these very things and they can make life miserable for neighbors, board members and managers alike. But, never fear, there are ways to deal with them effectively, and civilly.

According to Alex Kuffel, president of Manhattan-based Pride Property Management Corp., which provides building management services for co-op and condo buildings throughout the New York metropolitan area, there are two classic disruptive 'types' he and his colleagues tend to see in the building communities they manage.

Disruptive behavior can be anything ranging from a blaring entertainment system—television, radio, video gaming—to noise from visitors, to the incessant barking of an excitable dog.

“It always amazing to me about how many people do disruptive things from 12 to 5 a.m.,” says Peter Lehr, director of property management for Westbury-based Kaled Management. Lehr says he typically opens his emails daily in the morning to a flood of angry messages from residents. Noise and odors seem to top the list of complaints, but shareholders and unit owners can be disturbing in all sorts of creative ways, Lehr says.

Without question, noise and odors top the list of complaints that managers field on a daily basis, but that's just the tip of the iceberg. Some resident get angry about all the junk mail they get—but instead of walking those ad flyers and credit card offers over to the recycling box, they simply drop the mail on the ground, right there in the communal mail room. Others think nothing of dragging their smelly garbage bag to the trash container or compactor, leaving a trail of debris or food waste across the floor. Or they don’t recycle properly, making more work for the super or subjecting the community to fines from the local or municipal sanitation department. Then, there’s the dog owner that works all day, and then decides to go out after work rather than come home and walk their pet, who consequently spends hours a day pacing, whining, and barking.

But there’s a difference between a mostly-okay shareholder who's just an occasional pain in the neck versus someone who is truly, chronically problematic and needs to be dealt with more decisively. In Kuffel’s experience, usually a truly difficult shareholder is someone who does not care about the multifamily, apartment lifestyle, and feels him- or herself to be above its rules. “They might even retain legal support in their fight to the death to continue to do as they so please,” Kuffel says. “Whereas someone who is out of order might not be really aware, and simply needs to be informed and asked to cooperate.”

If a resident is being bothered—by noise, smoke, junk mail or some other relatively benign annoyance—then the easiest thing to do, as long as it’s not a major situation, is to gently have a talk with his neighbor, Lehr says.

Noise in a multiple dwelling is simply part and parcel of the living situation – but it doesn’t mean that you have to put up with noise that's excessive or continuous. Many times, a neighbor may not even realize that their heels are as loud as they sound one floor below. Once you gently ask them to remove their shoes when they’re walking on a bare wood floor, for example, it may ease the situation immediately.

If a friendly word or reminder doesn't do the trick, next it’s time to alert the management company, if your building has one, says John Piastra, vice president of Associa New York.

Since most managing agents don't live in the buildings they handle, they’re good for dealing with any issues like these because they’re completely objective, Piastra says.

“We’re given the playbook of rules and regulations, and we’re very objective and consistent in the enforcement,” says Fred Rodriguez, Associa New York's president. “The minute the owner or board member gets involved, it becomes ‘Me versus the neighbor down the hall,’ so generally our advice is, ‘Don’t get involved; allow management to handle it.’”

As long as a board does everything they can to remedy a situation that's brought to their attention—which in many cases may mean just informing management—then they generally avoid liability, says Piastra.

“It’s like any other legal question: Did the board have any knowledge of what was happening, and did they have the ability to control what was happening?” he says. “If they knew about it and didn’t do anything, it might give them some liability.”

But that’s also why boards and management carry insurance.

Once the board has knowledge of an unruly resident or problem situation and passes this knowledge along to the management agency, Rodriguez says, then the management company essentially becomes the sheriff and the fact finders, and it’s their job to enforce the rules and regulations.

They’re not the judge and the jury, however. “We can gather the information to have it reviewed by the board, and the board is the one that makes the final decision,” says Rodriguez.

Residents do need to their share to help the management company gather the facts, though. If someone in one of his client buildings is having a problem, Lehr asks them to create a log with the date, time, the type of problem and the duration of the issue.

Sometimes that record-keeping is enough to restore some perspective and deflate the rising tension. “One time, a resident was complaining about a noise issue, and they put together a log—but there were no problems between the hours of 10 p.m. and 6 a.m.—and I said that there was no moratorium on sound during the hours that the person was making noise,” Lehr says. The resident may not have liked the noise, but the noisemaker wasn't breaking any rules.

Regardless of how an issue is resolved, Lehr explains that keeping a log of disturbances or incidents provides crucial evidence and documentation, should the management company have to take the neighbor to court. “If you can’t do that or are unwilling to do that, then there’s not much that I can do to help you,” he says.

The court system may be the last word when it comes to putting a stop to disruptive behavior, says Lehr, but litigation should hardly be the first resort. He always starts by speaking with the 'person of interest,' then sending a formal letter, and then fining them if they refuse to remedy the problematic behavior or situation. If all those measures fail to correct the issue, only then is it time to call the attorney and take the issue to court.

“We fine, but if no one pays the fine, then the end game is the [litigation] option,” Lehr says. “But that’s a pain in the neck for everybody.”

Other Issues to Consider

Along with innocently and not-so-innocently obnoxious neighbors, there is a much smaller, third type of 'problem' resident: folks who are suffering from mental illness, dementia, or other medical issue. These shareholders and owners need to be viewed in a different light than the other two groups, even if they’re disturbing others, Piastra says.

While these residents may be noisy, quarrelsome, or erratic, says Piastra, their behavior is at least partially beyond their control, and as such they require a gentler hand than someone who's clueless or just rude. “What we’ve done when someone has some kind of a disability, is we’ve tried to intervene with a government agency or family members, if we can find them,” he says. “Sometimes it’s a situation where the person is being disruptive—shouting in the hallway, for example—but other than shouting, they’re not really doing anything wrong. You’re not going to fine them, because it’s a circumstance that’s beyond their control. You’re walking a fine line, and it’s a delicate situation.”

Regardless of the reason for someone's less-than-stellar behavior, good boards and managers must learn how to deal with all residents in an efficient, effective, and above-all, fair manner.

“I know only from personal experience that everyone has rights, no matter how demanding or annoying they might be,” Kuffel says. “We must be patient, understanding and fair—no matter how unreasonable or absurd someone might be.”

Often, he says, it’s just a matter of being logical when dealing with people —and 99 percent of the time, most people are understanding and appreciative that you took the time to listen to them and partner with them to find a reasonable solution.

“For the one percent who rebel because they feel slighted, we must take them on a case-by-case basis, and allow the board to decide what options are open for consideration, and, hopefully, a successful resolution.”

Newbies to the art of negotiations and conflict resolution within a building can always get help via classes and seminars on this topic through organizations like the Community Associations Institute (CAI) or the Council of New York Cooperatives and Condominiums (CNYC), or through publications like The Cooperator. And then you’ll live happily ever after in your New York dream home.