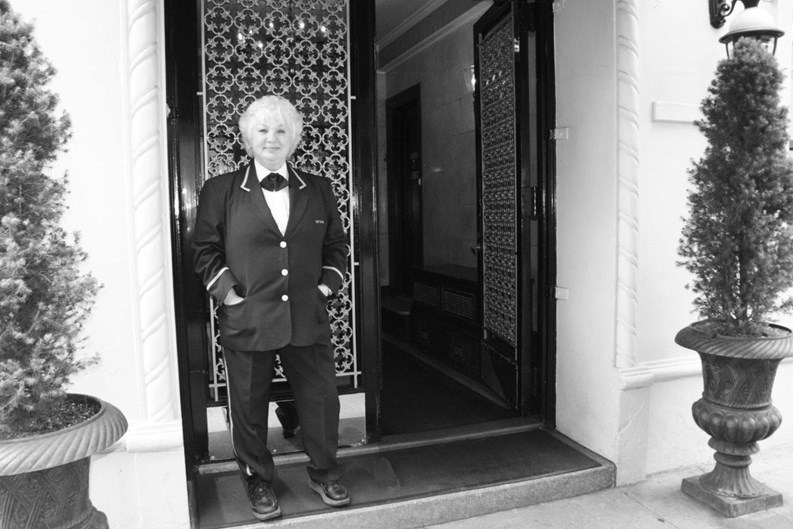 In the 1950s and 60s, airlines hired comely young women to work the aisles and tend to passenger requests—stewardesses, they were called. And while the word was the feminine form of steward, the combination of the title, the outfit, and the aiming-to-please job description seemed to exclude male participation. To this day, the word stewardess connotes a young, attractive, accommodating woman.

This was by design, of course. The airlines were trying to doll up air travel and give it some sex appeal. Along the way, they ran into some turbulence: there is nothing in the “stewardess” job description that could not be done by a man. While they wanted pretty young females to pass out peanuts and Pepsi, you do not have to be pretty, young, or female to open cans of soda. It was not a job requirement—in labor law lingo, a BFOQ, or bona fide occupational qualification. Therefore, discriminating on the basis of age and gender was deemed illegal. On flights today, you routinely see men and women of all physical descriptions instructing you to put your seat back to the upright position. \

And they aren’t stewardesses anymore. They’re flight attendants. A subtle, but important, distinction.

The same process is being played out, albeit more slowly, and with the genders transposed, among a different sort of uniformed union worker on the sidewalks of New York: the doorman. It’s a masculine word, doorman. Male bias is inherent in the phraseology. One imagines a tall gentlemen resplendent in long coat and cap, a regimental stripe on the side of each pant leg, his white-gloved hand extended to hail a taxicab, his elegant presence announcing to all passersby that the building at whose entrance he stands is a fashionable address. Indeed, since there were doors to man—or, rather, to tend to—the ones doing the tending have been men.

How, one has been conditioned to wonder, could a woman serve the same function? What would such a woman even be called? Female doorman doesn’t work; it’s like calling Hillary Clinton the Female Secretary of State. Neither doorperson nor doorwoman roll off the tongue very gracefully. And you can’t do for doorman what they do for chairman by simply shortening it to chair. To “flight attendant” and “postal carrier” the gender specificity, the National Organization for Women recommends using the term door attendant.

Deon Kennedy on Virtual Doormen:
Yes, L. Sullivan, the Standard Business Model of today is as corrupt and dishonest as a wooden nickel and the days of Boss Tweed and the car…
Dale on What Happens When a Board Goes Too Far?:
Is it legal for a board, when voting on a major expansion, to declare that all unreturned ballots would be considered a "yes" vote in favor…
Sal on What Happens When a Board Goes Too Far?:
'' “You don’t get paid for it, but by doing so you are providing a service to your building. '' Actually my experience was different , t…
Rosetta Ackerman on Virtual Staging:
Great publication. It was delivered to my home but suddenly it stopped. Was it a one year gift? How can I reinstate this. Was
R.P. on New York State Legislature’s Onslaught of Co-op Proposals:
Observation: ' The Reasons Bill ' (is Not 1149), It's S-1449. Other than as stated by previous contributors, there is also the issue tha…