Do not show again [X]
By Rebecca Fons   2016 March Maintenance 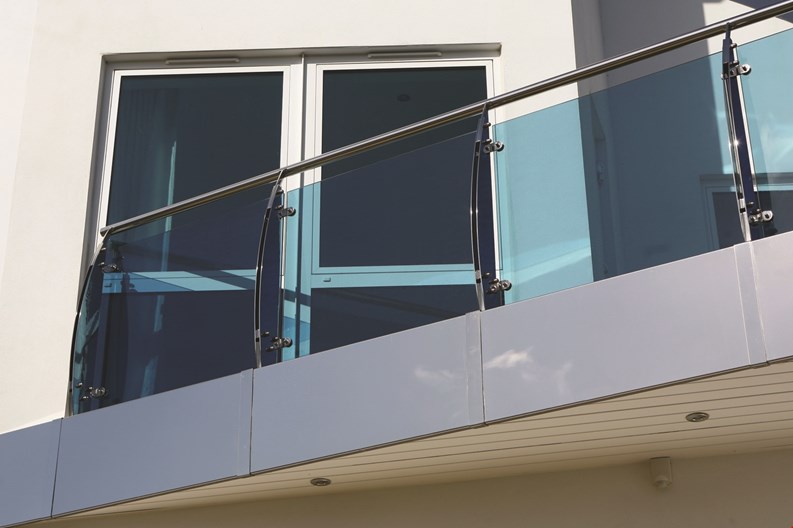 Somewhere on these lists fall balconies and terraces. Both are at a premium in major urban areas like New York City or Chicago, and those cosmopolitan residents lucky enough—or wealthy enough—to have a balcony or terrace likely don’t think about the complex structure behind (or rather, under) the square footage that houses their potted plants, lounge chairs and Weber grills. Pleasant and valuable as they are, these small squares of real estate come with their own set of maintenance and safety concerns.

Part of the Whole

It doesn’t take long to find news reports of tragic balcony and terrace accidents. In New York City in 2013, 35-year-old Jennifer Rosoff was killed when the railing on her 16th floor balcony buckled. In Chicago in 2003, a balcony collapsed during a party, killing 13 people and injuring over 50 more. The accident still stands as the deadliest porch collapse in the United States. These and numerous other tragedies are not meant to scare residents away from enjoying their outdoor space, but they do highlight the importance of regular maintenance and inspections of balconies and terrace areas, as well as the responsible use and upkeep of them by their owners. Even the most well-intentioned building manager may not know how to spot a problem and have it properly diagnosed and remedied—so we turned to some experts and history to help.

Balconies and terraces are built just like buildings (which is to say, out of a mix of steel, concrete and wood) and come in essentially three different construction styles. A cantilevered balcony protrudes directly from the face of a building, seeming to float with no visible supports. Cantilevered balconies are planned and installed as part of a building’s larger design—they can't be added on after construction is finished.  By contrast, a hung balcony consists of a large plate or slab connected to the building, supported and stabilized from above by stainless steel cables. Finally, a stacked balcony (very common in Chicago) requires the least predesign. Stacked balconies are a separate structure from the building, and are supported using vertical pillars sunk into the ground to support the weight of the balcony.

According to Mimi Simon, director of public affairs at the Chicago Department of Buildings, as per the city's Building Code, balconies are allowed to be extensions of the building's floor structure (cantilevered), concrete/precast slabs attached as an extension to the building’s façade (hung), or added on as part of a complete structure with a wood deck or other type of material used as the balcony's floor (stacked). Some balconies are attached and supported by rods or 'arms' attached to the building and to other balconies; or they are supported at the base/ground level (grade) of the building.”

The most common problem affecting balconies and terraces is owner failure. These outdoor spaces can be installed properly, woven into the building structure effectively and efficiently, but they need to be maintained and kept up in order to remain safe. In Berkeley, California in 2015, six people were killed when the balcony they were standing on had “decayed to the point of severe dry rot,” as reported by CNN. According to the report, “A memorandum from inspectors at the Berkeley Building and Safety Division says that the deck's severed joist ends—horizontal, parallel beams that support a ceiling or floor—looked 'extensively rotted' where the structure had ripped from the wall.”

Wayne Bellet, president of Bellet Construction in New York City, has been in the business of inspecting and repairing balconies and terraces for over 30 years, and recognizes that sometimes investing in the maintenance of a building’s outdoor space isn’t always the top priority of boards and residents. “If you and I owned a building, I don’t think we’d be running around looking at our balcony posts. We’ve got bigger fish to fry. We’d be looking at the boilers and the other large capital improvement ingredients of a building.” But, Bellet emphasizes, awareness is key.

As a building owner, resident or board manager, you might not be able to eyeball a balcony and gauge whether it is safe and sound, but there are some signs of deterioration you can spot that necessitate calling an inspector. Individual owners should inspect their balconies for cracks, rust, salt stains or discoloration, which are all signs that the metal or wood might be compromised or deteriorating. Take a look at the whole structure, both the roof and the floor, as well as railings and poles. Bellet encourages owners to be proactive, “You don’t need to be an expert to see if the railing is loose, or the balcony needs securement. Typically, if you think how old the average balcony railing is on a co-op or condominium, do the math. Let’s say most were put up in the 1950s or 1960s, and here it is 2016, so they obviously require maintenance.”

Signs of deterioration can indicate a number of issues, but primarily point to corrosion due to the age of the building materials used. “When steel inside the concrete is exposed to oxygen, it expands,” says William Schutt, president of MATCOR, Inc. in Philadelphia. “That cracks the concrete and causes it to fall apart. Especially near the ocean, salt can enter concrete and create an acidic situation, causing corrosion, the same way your car would corrode more on the shore than in Pennsylvania.”

Like identifying and tracking a suspicious mole on your body, these marks or changes in color on your balcony might not necessary signal disaster to come, but it’s important to be aware of them and recognize any changes that occur over time. If you’ve identified any of these signs of weakness, a professional inspector can be hired to take a closer look and also begin to track the status of your exterior structures. “The maintenance person should do a visual inspection, documenting any problem,” says Stan Wellinsky, vice president of Valcourt Building Services LLC in Elizabeth, New Jersey. “If there is a crack two inches long, he should record it on a spreadsheet. That establishes a benchmark early on. If you can catch it early, there are things you can do to slow it down. If you wait too long, it can get serious,” he says.

As they get to know your outdoor space, balcony pros will check a number of points. “They will look for rusting on welds and bolts associated with the balcony supporting structure, the decking material, the connection points of balconies to building structure, guard rails and anything else that may be connected to the balcony,” says Simon. “They also make sure that welds or bolts are not broken, bent or damaged, or loosening over time; and that the rusting does not compromise the structure support.”

Codes and requirements enforced by the Department of Buildings (DOB) for your city will help, and require, building owners and managers stay on track. In New York City, the first mandatory façade inspections were instituted in the 1980s and required owners of buildings taller than six stories to have their street-facing facades inspected once every five years, and to file a written report with the Department of Buildings. Local Law 11 of 1998 [now called the Façade Inspection Safety Program or FISP] further amended the code to require the inspection of ALL building facades (not just those facing the street) and enforces additional requirements, including the establishment of a definitive repair timetable for those structures requiring maintenance. FISP was further amended in 2013 (following the death of Rosoff), requiring an Unsafe Notification to the Department of Buildings, along with a letter from the owner stating the balconies have been vacated and made safe, and balcony access blocked if the balcony railings and connections are deemed unsafe.

“This new addition to Local Law 11, is, in my opinion, long overdue,” says Bellet. “It’s not so much the obvious public safety concern, but it’s such an easy law to pass in legislation, to investigate what needs to be done. Who knows how many lives it will save? It’s not a big item to, say; secure a post into a pocket of cement.”

Similarly, “Chicago’s exposed metal ordinance requires all exposed metal structures be inspected every five years by a licensed structural engineer/architect, and the building owner to submit a critical exam (hands-on thorough) inspection report for the entire balcony structure to the Department of Buildings,” says Simon. “The ordinance also requires building owners to make any and all repairs to the balconies (and all exposed metal structures) identified in the critical exam.”

If you suspect your terrace or balcony might be up for inspection, or—more critically—you spot some of the aforementioned warning signs, the concern should be brought to the attention of your co-op or condo association’s board or manager right away. The board can then call in the experts to properly assess the situation. Residents are encouraged to follow up on the issue, as “quick fixes” (covering cracks or rust with sealers or tile) might not address the problem, or, worse yet could trap in moisture and cause bigger problems faster. A building owner or manager who fails to properly repair a balcony could face serious repercussions, including stiff fines.

The next time you are lounging on your balcony on a lazy Sunday, listening to the sounds of your city, slip off your sunglasses and take a close look at your own piece of the great outdoors. Identifying a warning sign early and getting it fixed will mean you can enjoy your sky-high oasis for years to come, and maybe even finally figure out how to grill a perfect medium-rare burger. 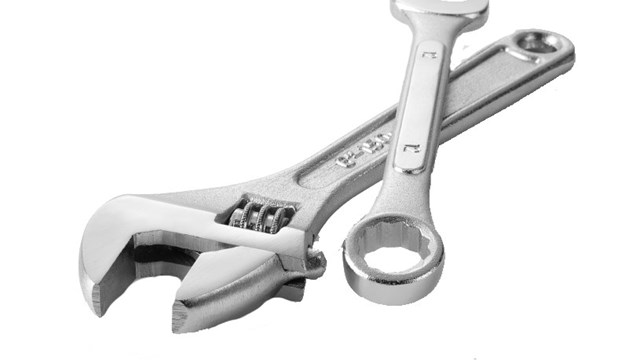