Do not show again [X]
By The Cooperator Staff   2014 January 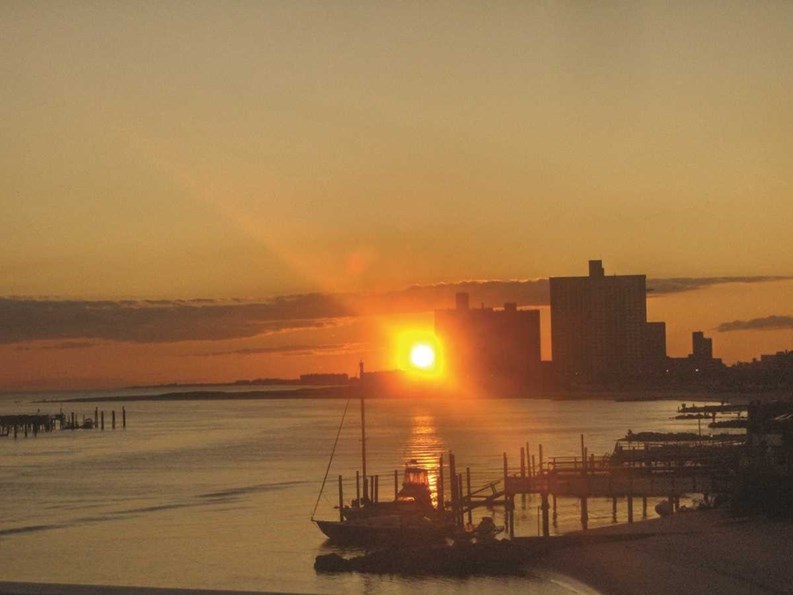 A one-time popular summer resort that attracted the best stars that the cinematic Golden Age of Hollywood had to offer, Far Rockaway has come a long way since its incorporation into New York City in the late 1890s.

What is now known as Rockaway was inhabited by the Lenape Native Americans, sold to the Dutch by the Mohegan tribe along with most of Long Island in 1639, and to the British in 1685. Finally the land was sold to Richard Cornell, who settled there. The name "rockaway" is the later corruption of a Lenape language word that sounded phonetically something like "rack-a-wak-e," and referred to the area. It may have meant "place of sands.”

Before the consolidation of Greater New York City in 1898, the Rockaway Peninsula was part of the Town of Hempstead, then a part of Queens County. The village of Rockaway Park became incorporated into the city boundaries on January 1, 1898.

In fact, in 1929, Groucho Marx owned 24 bungalows as an investment. Its proximity to the beach made it an ideal location for tourists and vacationers from the outer boroughs.

Air-conditioning and air travel soon spelled the end of Far Rockaway’s heyday, and half a century later it hit rock bottom, with high crime, wrongheaded urban-renewal schemes, and the shutdown of a Long Island Rail Road train stop hastening the downfall, according to longtime residents. Even the three theaters that once sat in the “village,” Far Rockaway’s commercial heart at Mott and Central Avenues, were on their way out, closing the door on a cinematic era.

The Rockaways' "tortured development history," according to City Limits, created a neighborhood where "in place of the empty lots and dilapidated homes, speculative developers built condos and apartments.... almost all of the new homes never sold. Today they are not occupied by homeowners, but by subsidized tenants with limited disposable income..." This led to such a high foreclosure rate that in May 2009, the New York Postreported that "of the 126 two- and three-family homes built in the neighborhood between 2004 and 2006, at least 76 percent have been foreclosed on or are currently in some stage of foreclosure."

Another blow to this seaside neighborhood came when Superstorm Sandy hit last fall and created unimaginable devastation. Even now the aftereffects of the storm are still being felt. The MTA is still re-routing the N and R trains as a result of the damage. Despite the widespread damage, the neighborhood is rebuilding. In the summertime it has become a popular day-trip destination for many Brooklynites seeking to spend a day at the beach. There is even a private bus service that provides transportation for young residents of Williamsburg.

The two-square-mile area, which presses against Nassau County, gradually inched back, and developers and residents took the chance on it again. For instance, the site of the Roche-Elms, a once-world-famous resort at Seagirt Boulevard and Beach 17th Street, now holds the Yeshiva Darchei Torah, an imposing school that, with 1,400 students, exceeds Far Rockaway High School in size.

Returning to its Roots

Indeed, the area’s Orthodox Jewish community, largely a product of the last decade, now constitutes a fifth of the 48,344 people, according to Harvey Gordon, the executive director of the Jewish Community Council of the Rockaway Peninsula.

Though he may belong to a distinct subset, Gordon lauds the diversity: there are sizable numbers of immigrants from Jamaica, Guyana and Guatemala, as well as Russia and Ukraine, according to the last census.

The one-way streets, already narrow, are made more so by parked cars. They connect areas with sometimes strikingly varied housing styles.

Closer to Seagirt, the Deerfield Beach section has attached brick homes with modern variations on the mansard roof. Gipson Street has multi-families that have risen over the last few years from the sites of teardowns; Beach Ninth Street’s condos, with narrow stoops and Juliet balconies, are also examples of “infill” housing. The Reads Lane area is sometimes called West Lawrence, after the Nassau County town of Lawrence to the east; it was a marketing ploy dreamed up by older residents to distance themselves from the neighborhood’s crime-infested reputation, said Irving Baron, who has lived on Hicksville Road for 43 years.

According to the 2000 census, 35 percent of the housing consists of buildings with 50-plus units, many by the beach. Wavecrest Gardens, for example, offers 1,661 market-rate units in 10 buildings from Beach 20th to Beach 24th Street.

Even so, the area has lost many affordable units in recent years, such as the former Roy Reuther House, at 711 Seagirt Avenue, where many of the 916 units overlook Atlantic Beach.

Far Rockaway has projects, too: the Redfern Houses, a 604-unit 19-acre complex along Beach Channel Drive.

The past glories of Far Rockaway are also on display in the remaining bungalows that didn’t get torn down or destroyed by fire. A preservation society formed in 1984. The Beachside Bungalow Preservation Association of Far Rockaway, Inc.is the leading organization for preserving the historic homes for future generations. Their architect, Henry Hohauser, became better known in the 1930s as a designer of Art Deco hotels in Miami Beach. The district was hit by Hurricane Sandy in 2012, but survived without major damage. Located along 24th Beach, 25th Beach, and 26th Beach streets, it was listed on the National Register of Historic Places in 2013.

Some residents take advantage of the neighborhood’s beachfront, biking along the 40-foot-wide promenade that hugs East Rockaway Inlet. On a recent afternoon, out beyond dunes tufted with grass, a sketch artist sat bundled in a coat on a jetty with her drawing paper.

The area, with few bars or restaurants, is dominated by nail salons and 99-cent stores. A place called Corner Cuisine, on New Haven Avenue and Beach 20th Street, beats the fast-food joints. It has Haitian specialties; a small order of rice, beans and chicken is $6.

Woody Allen’s 1987 Radio Days, a movie highlighting the golden age of radio, was filmed on location in Rockaway Beach. The area is also home to several noted physicists and Nobel Prize winners, actors/actresses and rappers.

The A train groans over a trestle and makes two stops, but if you’re in the eastern half of the neighborhood, you can jump on the Long Island Rail Road, which often requires a transfer at Jamaica but arrives at Pennsylvania Station in about 60 minutes during rush hour. A monthly pass is $178. Several bus routes also traverse the area, which is still a nice summer retreat away from the bustling city life.