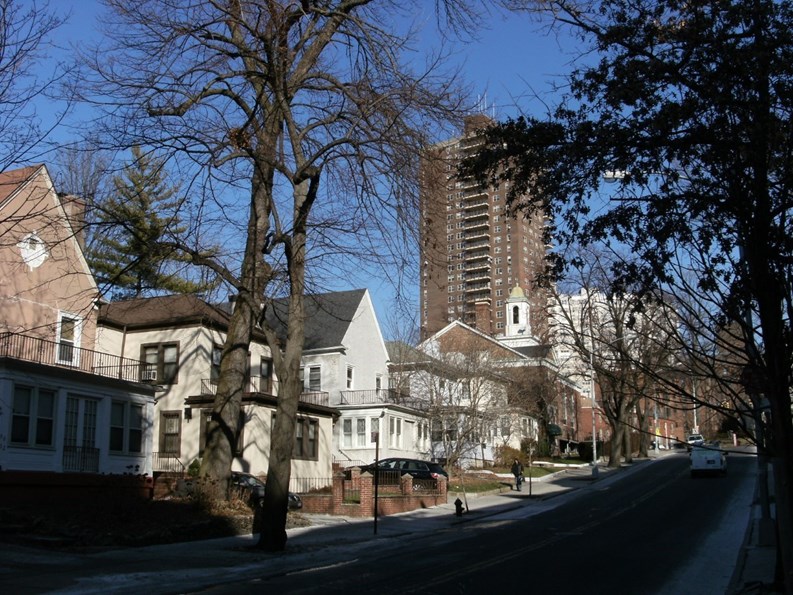 Kew Gardens in Queens seems to be just another urban neighborhood when you emerge from the Union Turnpike subway station. For instance, there is the long stretch of Queens Boulevard that is always busy with traffic. Lining the boulevard are Queens Borough Hall, where the office of the borough president is located, and the Queens Criminal Court building. Near the subway station, home of the E and F lines, are shops and large buildings.

But when you get away from that commercial part of the neighborhood, Kew Gardens actually feels like a suburb or a village within an urban environment. Beautiful and elegant single-family homes coexist with a number of co-ops and condos. The tree-lined streets are generally quiet and populated by folks of different ethnic groups. The cozy intimacy of Kew Gardens is evident when you walk into Lefferts Boulevard where the some of the small shops and eateries evoke a mom-and-pop feel. And underneath some of those shops is the Long Island Rail Road.

“It’s not a suburban neighborhood, it’s a city neighborhood,” says architectural historian and resident Barry Lewis, who wrote the book “Kew Gardens: Urban Village in the Big City.” “But on the other hand, it has the open space, the greenery, the feeling that you have a space to breathe when you come home.”

Geographically, Kew Gardens is surrounded by Forest Hill Park and the Jackie Robinson Parkway on one side, and the 65-acre Maple Grove Cemetery on the other. On the Queens Library website, the origins of the neighborhood can be traced to developer Albon Man, who founded neighboring Richmond Hill as a planned garden community in the late 1860s; in the 1890s, the Richmond Hill Golf Course was created.

In the 1900s, the Pennsylvania Railroad bought out the Long Island Rail Road and a new electrified main line was being introduced, says Lewis. “They wanted a more direct line to Jamaica and they wanted to go right through the Richmond Hill Golf Course, so [the descendents of Albon Man] say, ‘Well, okay, cut through our golf course as long as you give us a station. If you give us a station, we’re gonna build a new planned community and we’re gonna call it Kew Gardens.”

The name "Kew Gardens" was based in part on the famous botanical gardens in England. The greenery in the neighborhood is one of its prime attractions. The park, which was designed by noted landscape architect Frederick Law Olmsted, who also co-designed Central Park, is the third largest in Queens. The park has a private road where residents can jog or walk year round. There are some horseback riding paths and hiking paths actively used by residents.

With the advent of the subway lines on Queens Boulevard, and Grand Central Parkway, according to Claudia G. Copquin’s book “The Neighborhoods of Queens,” Kew Gardens experienced a boom in construction. Beaux Arts was a popular architectural style for Kew Gardens homes, which still exists today but have been since renovated, says Lewis. “Unlike Forest Hills Gardens, where the houses were mostly Tudor Revival, this neighborhood had very eclectic styles. We had Dutch colonial revival, Georgian revival, Spanish colonial revival. I’ve seen French Norman revival. We really had an amazing variety.” He also adds that those homes couldn’t be torn down and turned into apartment buildings because of zoning regulations.

Olga Zakinova, a Queens-based real estate agent for Prudential Douglas Elliman, calls Kew Gardens an exclusive neighborhood. “It's got a lot of oversized properties,” she says. “That is definitely one of the reasons,”she says. “People that would like to have more land [and] enjoy the backyard.”

According to Zakinova, one-bedroom co-ops in Kew Gardens start at $150,000. One of her current listings is a co-op located on 123-35 82nd Road. “It's an amazing value because it's a one full bedroom that is listed currently for $199,000,” she says, “and it's also very close to Queens Boulevard and the train station. The maintenance is pretty affordable, especially for [young people] that are first time buyers—amazing for this type of unit.” On Century 21’s Benjamin website, a three-bedroom and bathroom unit in Kew Gardens is priced at $575,000.

Another co-op that is currently on the block is Talbot Gardens, located on 83-09 Talbot Street. A renovated luxury pre-war structure, according to its website, Talbot Gardens offers two to four bedroom units with fireplaces, marble bathrooms, 9.5 foot ceilings, and walnut hardwood floors. It also has a garden courtyard and a gatehouse.

Condominiums in Kew Gardens can generally go for $300,000 and up, says Zakinova. Based on the listings on Crossings Realty’s website, a brand-new one-bedroom condo with terraces lists for $359,000, while a luxury unit with two bedrooms/two bathrooms is priced at $459,000.

From Affordable to Exclusive

Single-family homes can value in the millions depending on their condition, Zakinova says. “All Kew Gardens homes that are in good excellent shape will be definitely over a million dollars,” she says. “My office has a listing that is over $4 million that is also in Kew Gardens itself. So it goes from a basic number to a very luxury number for very sophisticated, unique exclusive clientele.”

As far as the neighborhood attractions are, they include the Kew Gardens Cinema, which shows art-house style films, and a line of shops in Lefferts Boulevard that are situated on a bridge over the Long Island Rail Road that Lewis and others have dubbed their own Ponte Vecchio.

“I think standing down by the city bound side of the Long Island Rail Road station,” says Lewis, “you really get a sense of the planning of the neighborhood because you could see how the stores were built on the bridge over the railroad. You can see how the Bliss Cafe building how it was smartly built with just apartments over a group of stores where Austin Alehouse is.”

Kew Gardens was dominated by Jewish German immigrants in the 1940s, according to Copquin’s book. Although the majority of the residents in the neighborhood today are white, according to the 2000 census figures, Kew Gardens is also reflection of the post 1960’s immigration law, says Lewis. “In walking around, you notice that there is every single person in the neighborhood. I went to Trader Joe’s over on Metropolitan Avenue and there was a line of women with burkas at the register. And I went, ‘God bless New York.’ That’s the thing about it and Kew Gardens has that quality. That’s what I like about it.”

In his assessment of his neighborhood, Lewis emphasizes Kew Gardens’s physical cohesiveness—a place where folks can escape from the hustle and grind of other parts of the city, especially Manhattan. “You can come home to a neighborhood that is human scaled...and you don’t have everybody in your face. That’s Kew Gardens.”

David Chiu is a freelance writer and The Cooperator’s editorial assistant. 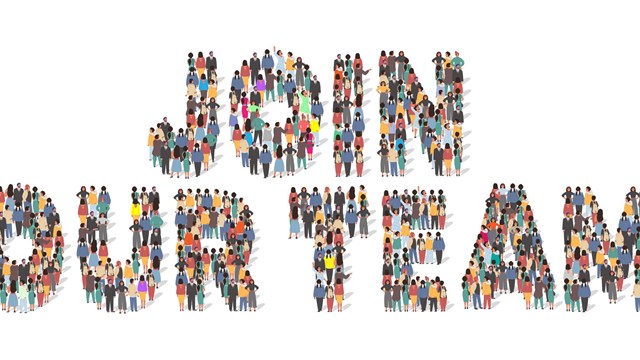 Sue SMITH on Dealing With Conflict in Co-ops & Condos:
I find that if the management and board actually do their jobs and work in the best interests of the UNIT OWNERS then there are no conflicts…
Rosemary falcone on The Long and Short of It:
Lived in Long Beach terrace 430 shore rd in 1980-1985. Loved it!!! Everyone was family! Is there nothing that can be done to help these pe…
UWSboard on What Size Management Company Is Best?:
What is a reasonable management fee (per shareholder or by building) for a 5-unit walkup with no direct employees in NYC?
Freddie Allen on From Amalgamated to Central Park West:
I live in Sherman Terrace Cooperative , Bronx 10456. What can you tell me about the sub-metering, that's going on.
Carol Anacreonte on Cross-Roads Village to a Modern Suburbia:
We left Brooklyn in 1962 and moved to the Candy section of Commack. Our house was built on a sod farm.Townline Estates was the name of the d…