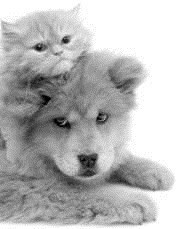 Daisy Okas works for the American Kennel Club and obviously loves dogs, so when she was looking for an apartment for herself and Olive, her six-year-old beagle, there was no negotiation—she had to live in a pet-friendly building.

When Barbara Fox, president of Fox Residential Group in Manhattan, and her husband decided to move from their single family home into a building, they had to find one that would accept their four dogs and two cats as well.

Animal Fair magazine just named New York City—with its vast array of pet spas, hotels, and grooming salons—one of the most pet-friendly tourist destinations in the country, and both Okas and Fox found buildings that welcomed their furry family members. However, both say that finding a building that accepts pets in New York City is not as easy as it sounds—in many residential buildings, pets simply aren’t allowed.

Why wouldn’t a co-op building want to allow Fido and Fluffy to take up residence? “There are noise and mess factors,” says Fox. “And of course there’s a risk factor that a dog might harm someone.”

Michael Signet, director of sales at Manhattan-based brokerage Bond New York says that about half the buildings in New York are pet-friendly, but there aren’t any definite statistics. A number of buildings tentatively allow animals, but come with various restrictions. “Some buildings allow [dogs], but the owner must have a $500,000 liability policy in case the dog bites,” says Signet. “They may also require that a dog weigh under 20 pounds, or may allow each household to keep only one dog.”

According to Darryl Vernon, an attorney with Vernon & Ginsburg LLP in Manhattan, the strictest pet rules are enforced in co-ops—though condominiums can also restrict pets by putting boundaries into their house rules. Vernon says that it’s much less common for a condo to be as restrictive as a co-op, but that some condo buildings have adopted pet regulations of their own.

Co-op boards may require that a prospective owner’s dog attend an interview to see how the dog behaves and interacts before agreeing to let his owner into the building. If Fido passes muster with the board and the shareholder and pets are welcomed into the building, there may be additional restrictions on where the dogs or cats are allowed to walk (like in common areas, for example) and where and when they may be let off their leash.

Fox, however, believes that restricting pets can actually have a negative impact on a building’s bottom line. “I represent a penthouse apartment that is in a no-pet building with great outdoor space,” she explains. “During the first week [the property was on the market], there were five offers of the asking price from potential buyers who had pets. Because they needed a buyer who didn’t have a pet, the owner ultimately had to wait a year to sell the apartment and got $3 million less than the asking price. It’s a bad thing, because it shrinks the horizon for buyers for any building.”

Companion animals are allowed by law. According to the American Society for the Prevention of Cruelty to Animals (ASPCA), New York Civil Rights Law § 47 provides that, “No person shall be denied admittance to and/or equal use of and enjoyment of any public facility solely because said person is a person with a disability and is accompanied by a guide dog, hearing dog, or a service dog.” This applies to housing and includes service dogs for a wide range of physical, mental and medical impairments.

According to the ASPCA website, “Federal and local laws also provide protection for persons with disabilities who have service animals. Under the federal Fair Housing Act, people with disabilities have been successful in arguing that, in certain circumstances, landlords must allow them to have a pet who provides them with emotional support as a reasonable accommodation. In this situation, the pet does not have to be qualified as a guide dog, hearing dog, or other type of service animal. Disabilities do not necessarily have to be physical and may include such conditions as depression. Therefore, if a pet isdetermined to be medically necessary by your health care provider, a court may hold that thepet must be permitted to live in your home with you. Similar rights may also exist under state and city law.”

“Boards should treat this very seriously and understand that the laws that protect the disabled are not trumped by any rules of the board or co-op or condo,” says Vernon. “If a person has a disability and an accommodation animal is allowed under the law, a board cannot simply say ‘We do not allow such an animal.’ In short, a board must reasonably accommodate all disabled people.”

In New York City, there’s also the issue of the so-called “Pet Law”—otherwise known as Administrative Code of New York City § 27-2009.1. It describes the rights of tenants—typically in rental buildings—to keep their pets under certain circumstances, despite lease provisions to the contrary, in order to prevent abuses by building owners.

“In its plainest reading,” says Vernon, “the Pet Law provides that once a pet lives in a multiple dwelling—which is a building with three or more residential units—open and notoriously—meaning not hidden from the building’s owners, their agents, and on-site employees—for three or more months, then any no-pet clause in a lease is considered waived and unenforceable.”

“It’s very fair,” Vernon continues. “People and companion animals all over the city faced eviction and most always there was no claim that the animal was causing any harm. To the contrary, many neighbors feel safer and often like the presence of companion animals.”

There have been legal battles fought in court over some of the grayer areas of the Pet Law. For example, once a “Pet-Law’ed” animal dies, can an owner then obtain a new pet to replace the deceased pet, or does his or her landlord’s no-pet policy go back into effect for his or her apartment? If a building resident keeps a pet “openly and notoriously” and his or her landlord doesn’t act, can that resident then get a second pet without fear of legal action being taken by his or her landlord?

In response to these questions, The League of Humane Voters of New York City (“LOHV-NYC”), an animal protection political action committee with 6,000 members citywide, strongly supports Intro 13, commonly known as the “Pets in Housing Bill.” Intro 13 provides that once a landlord has waived a no-pet clause and allowed a rental tenant to keep a companion animal or animals in his/her home, the clause is waived for the duration of the rental tenant’s occupancy—not just for the lifetime of the harbored companion animal(s).

“New Yorkers should not have to choose between their apartments or their pets,” says Patrick Kwan, New York director of the Humane Society of the United States. “It is a decision that no one should have to make. Intro 13, the Pets in Housing Bill, will remedy the very real problem of New Yorkers having to choose between the pets whom they already have and love or the apartments they live in.”

Even with the tightest of restrictions, and legitimate companion animals, things can sometimes go wrong. “The most common problem with pets in a multi-family building is noise,” says Vernon. “But that’s curable. For example, a good animal behaviorist can make sure a dog does not bark excessively.”

Fox says it’s up to owners to be responsible. “A responsible pet owner needs to address what their neighbor’s complaint is. For example, a few days after we moved into the building my dog nipped at someone out of fright and I was told to—and did—carry her for awhile because I needed to prevent that problem from happening again.”

And if bites or other attacks, like Fox’s, were to happen, the liability rests on the pet owner. “The first course of action with any problem is to speak to the managing agent, who runs the show, and a letter is usually sent to the pet owner expressing the complaint,” says Signet. “It could escalate to the board, but it’s very rare they proceed to trying to evict the person. It’s usually something that can be worked out.”