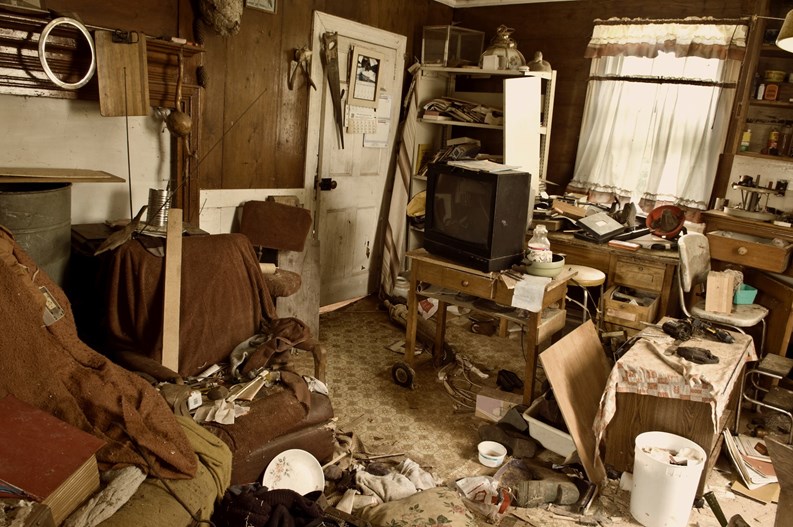 Scenarios involving hoarding happen, and they can get quite grisly (iStock).

Everyone loves to own things—sometimes even many things. But occasionally, ownership of things can go too far and accumulation can grow problematic. In the modern parlance, a too-many-thing-haver is often referred to as a “hoarder,” an individual who can prove a burden for their neighbors, their property, and their community at large. In a condominium or cooperative where communal living is paramount, this can grow exceptionally troublesome, as property values are intertwined and one resident's approach to – or disregard for – maintenance affects those around them.

So what to do when one suspects a hoarder in their own building? At some point a board must intervene, and knowing how and when to do so is part of the responsibility of managing a property.

According to Jeffrey M. Heidings, president of Siren Management Corp., in Manhattan, a super, porter or janitor will visit an apartment while engaging in regular sundry business, and occasionally, “see symptoms,” at which point it's reported to those in charge.

“In co-ops and condos, when you see hoarding of a nature that transcends a boundary, you must take steps to alleviate it,” Hastings explains. “In a co-op proprietary lease, there are provisions that state that a unit owner needs to keep their apartment in – and I don't know the precise language, necessarily – but 'inhabitable' condition. The line is drawn at one, two or both of the following conditions: items are being hoarded that are perishable and may attract vermin, or someone is overcrowding their apartment with flammable material. Either of these could beget a tragedy. In a clean apartment, should a spark hit something, it would be fine, but, with a hoarder, a spark may be in proximity to something that is immediately flammable, which is dangerous to the individual, the property and other residents. So you have to intervene at some point via an enforcement action.”

Scenarios like this actually happen, and they can get quite grisly.

“In a larger co-op, which I managed in Bay Ridge, we had an elderly woman who was not taking care of herself, and everyone knew it,” recalls Lawrence F. DiGiovanna, Esq., of Abrams, Fensterman, Fensterman, Eisman, Formato, Ferrara & Wolf LLP, which has locations in Long Island, Manhattan, Brooklyn, and Rochester. “There was an odor wafting out of the apartment, so management wrote letters and called. At a certain point, they told her in no uncertain terms that they were coming over at 10:30 a.m. to clean her apartment, to which she replied, 'come over at 2:30; I think that I am having a heart attack.'

“At this point they called 911, and the police, fire department and EMTs show up,” DiGiovanna continues. “They're in her hallway, but she won't let them in, so the EMTs and the FD go up through the fire escape, and those who entered eventually come out choking and vomiting from whatever was going on in there. She may have had a dog as well. So they take her to Kings County Hospital – the psychiatric ward – and she stayed there for 10 days. While she was gone, they cleaned her apartment, and I saw before-and-after photos. The before made me gag, and the after... it was like night and day. She comes back to a gorgeous apartment, floors redone – beautiful. But she then files a lawsuit alleging that $25,000 of jewelry was stolen, and that she was inflicted with intentional emotional stress. We ended up litigating and almost had a settlement when she passed away from old age. The family opted not to pursue anything further, and the case was marked disposed.”

Steve Troup, a partner with Tarter Krinsky & Drogin LLP, which has offices in New York and New Jersey, relates the following: “In a circa-100-unit co-op, there was a very 'unkempt' person: there were certain smells coming out of the apartment, a cat was defecating all over the place, food was rotting, she went unbathed. She was only in her 50s, but... she didn't have it all together. We worked through the managing agent, and, as we felt that she should be deemed incompetent, we involved the [Adult Protective Services], an organization that is well-known in housing courts. Slow progress was made, and we got a family member from the Midwest to come in and help this woman seek the psychological help that she needed. She cleaned it up to the point that we no longer had a complaint, and we obviously sought to avoid litigation. But that process alone took about 18 months.”

Sometimes, these cases present themselves via the offending resident exhibiting shouting, violent or obnoxious behavior, according to Troup. But others, they're subtle, quiet, and even potentially ashamed and aware that things have gotten out of hand. The best pursuit if a hoarder is suspected is probably to notify the board and pursue in a sensitive and diplomatic manner, lest one alienate a fellow member of their community. Be right neighborly, friends. 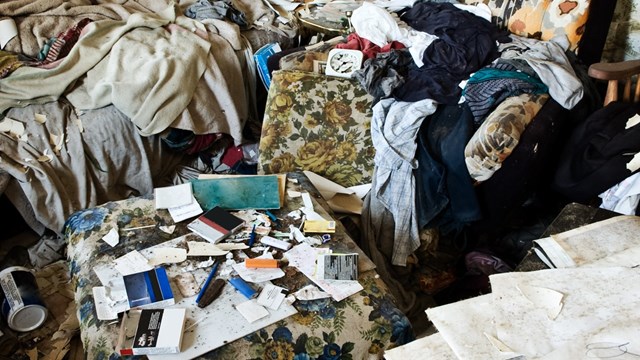 Dealing With Clutter and Hoarding Issues

The Stress of Mess