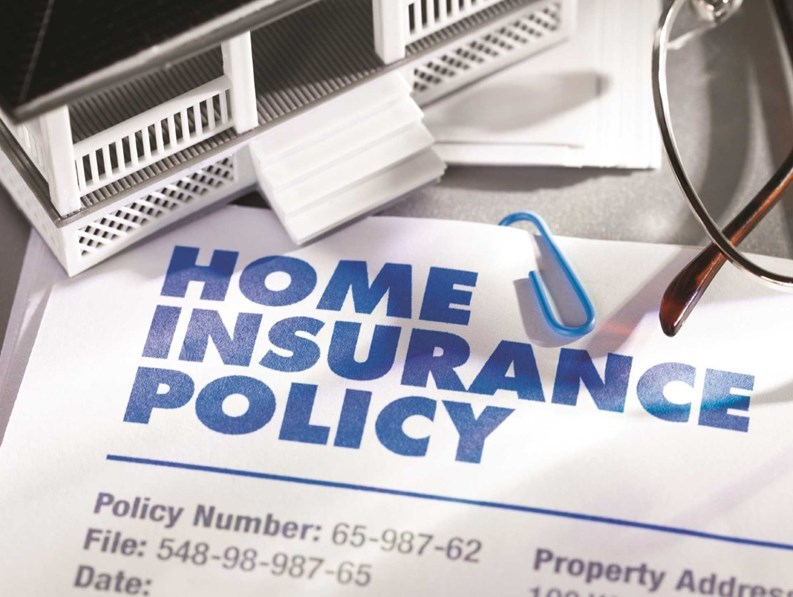 Legendary funny man Benny Goodman once said, “I don’t want to tell you how much insurance I carry with the Prudential, but all I can  say is: when I go, they go too!” The comedian hits on all-important issue: how much insurance is too much, and  how much is not enough?

When it comes to homeowner's insurance it is critical that both residents and  boards have adequate policies and there are not gaps in coverage.

As a starting point, it is important that residents ensure their personal  property is covered. The co-op or condo's bylaws and proprietary lease will  help residents determine what will be covered by the building and what is  considered their personal property to insure. Anything not covered in the  master policy is the resident's responsibility and this varies building by  building. While some co-ops and condos offer all-in coverage in their master  policy, the vast majority require unit owners to carry their own individual  homeowner's policy as well.

According to insurance industry blog www.InsureOurCondo.com, these insurance  policies usually cover things like accidental discharge or overflow of water  from your plumbing, fire and lightning, explosions, theft, vandalism and  malicious mischief, sudden accidental damage from smoke, and so forth.

After this, residents need to assess their personal property and possessions in  order to determine a coverage amount for their unit, says Mari Ann Cole,  president of Long Island Coverage Corp., an insurance brokerage in Hauppauge. “Most insurance companies have a cost evaluation that is done over the phone  which includes the number of rooms, the number of people residing in the unit,  location and the value of the contents,” she says. “For the bare minimum we start with $75,000 in contents but that number can be  reached very quickly in today's world.”

“Many residents feel they are covered by the building’s master policy, which to an extent they are however, the master policy is  typically in place to insure common area owned by all shareholders or unit  owners,” says Rachel Barrett, executive vice president at The Whitmore Group, Ltd., an  insurance company in Garden City. “The structural interior of their own apartments along with the contents, are the  responsibility of the owner to insure.”

She explains that there are several components to a homeowner's insurance  policy: improvements and betterments, personal property, loss assessment  coverage, personal liability coverage, replacement cost coverage and deluxe/all  in coverage and adds that “the policyholder should estimate the cost to replace all of their personal  property or contents in order to establish their coverage limit. The  improvements and betterments coverage limit should be estimated by evaluating  the cost of any and all improvements made to the apartment, including by prior  occupants/owners, the bylaws of their building, the cost of renovations and the  quality of workmanship and materials. The cost per square foot for improvements  and betterments can range from $50.00 per foot to well over $1,000.00 depending  upon the apartment.”

For board members, who also likely carry dwelling insurance, it is important  they understand what exactly is covered by the association opposed to personal  risk. “Boards often assume that any damage to a building will be covered by the  association’s insurance policies, including damage caused by construction defects, water  infiltration or maintenance failures. In reality, damage caused by any of the  foregoing often falls within an exception to the policy coverage,” says Attorney Jeffrey S. Reich of the Manhattan-based law firm of Wolf  Haldenstein Adler Freeman & Herz, LLP. “Boards should scrutinize their policies to be sure that they understand what  will be and what will not be covered in the event of a loss.”

He explains that once again it is crucial for boards to look to their  proprietary lease or bylaws to determine what property or possessions are the  unit owners’ versus the building's obligation.

Knowing who is responsible for which area can also mitigate legal action against  the board and other residents. “An apartment owner without adequate insurance creates the risk of potential  lawsuits against him or her and the co-op or condominium should a leak, fire or  other casualty occur,” says Attorney Aaron Shmulewitz, a partner with the law firm of Belkin Burden  Wenig & Goldman, LLP in Manhattan. “Typically, such casualties would be covered by insurance and damage repair costs  would normally be paid promptly by the insurance carrier. However, if there is  no insurance or inadequate insurance coverage, a neighbor that suffers a  casualty may have to bear all repair costs themselves,” he notes. He goes on to say that they then would then have to sue the apartment  owner, who would have to defend the lawsuit—meaning that he or she would have to incur their own legal fees and pay any  damages themselves. Additionally, he says, the damaged neighbor would also  likely include the co-op or condominium as a defendant in such a lawsuit, which  would likely file a cross-claim against the apartment owner. And this, he adds,  would add to the potential claims burden that the apartment owner would have to  bear.

In New York, condominium owners are not required to carry homeowner's coverage  and for co-op shareholders it depends on their proprietary lease whether they  need to or not, says Cole. This stipulation may raise questions as to whether  the board or management can require residents to share their insurance status.

“A board or management team, at a board’s request, may ask shareholders and unit owners for information regarding any  coverage that they may have. However, without a proprietary lease provision  (with respect to a cooperative) or a bylaw provision (with respect to a  condominium), a shareholder or unit owner would not be obligated to maintain  personal property or liability insurance coverage or to provide the information  requested by the board or management,” explains Reich.

Since unit owners are not legally required to carry insurance unless directed by  the board, many boards and property managers may be curious to know how this  circumstance will impact the master policy. Cole says that fortunately the  master policy will not be impacted whether the individual residents maintain  their own policy. “What really impacts that is the percentage of occupancy and percentage of  tenancy versus ownership,” she says.

Often a resident may decide to rent or sublease for a period of time which  raises additional questions with regard to insurance coverage and who is  responsible. In this case, it is still necessary for both the owner and the  tenant to carry insurance.

“Apartments that are sublet have different insurance exposures. The owner will  have responsibility for the structural interior and any contents they may  include in the sublet and the occupant should be required to maintain tenant’s insurance which will insure their own contents and provide personal liability  coverage in the event they cause bodily injury and or property damage,” says Barrett.

“The unit owner,” adds Cole, “should protect themselves because now they have become the landlord. The fact of  the matter is that if you have a unit owner that maintains a renter, part of  their lease should be that the tenant maintains insurance and that they extend  their personal liability through their primary insurance or obtain landlord  insurance through that exposure. In case of a fire, for example, the  condominium or cooperative has the right to subrogate a tenant; they can't  subrogate the unit owner. The unit owner is responsible for the interior of the  unit, even when there is a tenant.”

Industry experts agree that whether it is required or not, homeowner's insurance  is an important investment for residents living in condominiums and  cooperatives. It can provide the peace of mind and financial security for both  boards and residents in case damage does occur.

W.B. King is a freelance writer and a frequent contributor to The Cooperator.  Editorial Assistant Maggie Puniewska contributed to this article.