It’s often said that good people are hard to find. That may be true, but for residential communities like co-ops and condos, finding good people—and then hiring and retaining them—is a major key to success. Doing so can be a roundabout process; unlike the faceless, contactless, online employment sites so common in the business world today, hiring and vetting for service jobs in co-op and condo communities is more old-fashioned, often conducted through word of mouth and personal referrals.

Perhaps that’s because of the unusual nature of service roles in a residential building; most doorpersons, lobby attendants, custodians, and porters work in commercial buildings that are only open during business hours and only contain business tenants. And while those positions certainly have their own pressures and challenges, they don’t have the extra layer of service involved when you’re working in someone’s home. Because co-op and condo buildings are homes, the relationships between residents and staff members are significantly more intimate—and that’s why it’s so important to have the right fit for every role.

Like pretty much every other facet of the world economy, COVID has brought changes to the process of hiring building staff. “When jobs were plentiful and unemployment low,” says Dan Wollman, CEO of Gumley Haft, a Manhattan-based real estate management firm, “guys who bagged groceries at Gristedes looked for doorman jobs. Only about 15% of the national workforce has a fully funded medical plan—and they wanted well paid union jobs with benefits. 32BJ, the building workers union in New York, has that. It’s very desirable. It’s otherwise hard to incentivize workers on a fixed wage. They get a holiday bonus, but everyone gets the same amount, so they don’t get more or less for doing a good or bad job.”

However, “Now is an interesting time,” Wollman continues. “During the summer, many people made more on unemployment than what we paid. Lots of employees didn’t go on vacation, so that helped us relieve staffing shortages. Currently, we see new applicants from the hotel trade, which we like. Those workers tend to be more mature, understand customer service and the work environment.” Wollman adds that recently, he hired some “former stockbrokers” who were burned out on the Wall Street game and decided to make a career change.

Scott Wolf, CEO of Brigs, a real estate management firm located in Boston, echoes Wollman, particularly when it comes to applicants with a background in hospitality. “We are looking for service-oriented people,” he says. “If someone wants to get out of the restaurant business, for instance, we are looking for them. I want a service industry background—people with customer service experience and people skills.”

However, when it comes to filling roles, Wolf says, “You’re lucky if you can find a warm body. Previously you would put out an ad and get 40 responses. Now, maybe you get six. Today’s pool is much smaller in general, even for property managers. It’s very competitive for new people, today, so a well-defined job description is very important. As an employer, you must offer a balance between life and job. It’s a quality-of-life thing.”

Identifying candidates for building staff positions is the first step in finding the right fit. To some extent, the process used depends on what type of position is to be filled. And for many jobs, it’s mostly word-of-mouth. Wollman divides the work pool into three categories: supers, handymen, and everyone else.

“They have different pay scales,” he explains. “Handymen, in my experience, are the hardest to find, because most buildings have one and they don’t leave one building for another, because union wage scales don’t have differentials. You can sometimes promote a porter or doorman to handyman if they have the right skills. But that depends on the building, too. If I’m in a prewar that has significant plumbing issues, I look for someone with plumbing experience. That person might even be a plumber by trade. Handymen must have the necessary, specific skills.  They also need leadership qualities, because they are in charge when the super isn’t there.”

“Finding a super is a different story,” Wollman continues. “We have a network of supers, and they know other supers. We sometimes advertise. We also work with the union, which is a little more complicated because sometimes they’re promoting someone who is unemployed—and there is a reason they are unemployed. Sometimes there’s a difference in view between a super and a board, so the board lets them go.”

Stuart Halper, vice president of Impact Management, a firm with offices in Manhattan, Westchester, and Long Island, illuminates further: “Our perception is that good supers don’t change jobs,” he says, “and when you have a super in place for a long time at a specific property, the porters at that property don’t have the ability to move up.”

So rather than try to lure a super away from their current building, Halper says his company’s approach is to identify strong candidates in more junior positions. “Typically, the person who has the skills of a porter and a good attitude is who we look for to move them up the ladder,” he says. “Those are ideal individuals because they can’t get a super’s position at their existing building.”

Wolf adds that while his company does post some job listings online on sites like Indeed and Craigslist, and occasionally in the good old-fashioned classifieds, most candidates are identified by word-of-mouth from existing staff. “We always ask for those internal referrals,” he says. “Leveraging who you know gets the word out and gets a personal reference. We rely heavily on that.”

Vetting can be tricky, explains Wollman, because the stakes are high. “A super makes or breaks the management of the building,” he says. “If they’re ineffective, I’ll lose my management job. So I check these things out very deeply. If I get a resume and the candidate says he’s working at a specific building, and he isn’t really working there, I will find out and it’s unlikely I’ll hire him. I also won’t hire someone who has been fired. Personal references are important too. I must find someone who knows the candidate.”

Wollman also says it’s crucial to keep in mind that specific buildings may require very specific skills. “Not every applicant can run a modern building with modern infrastructure,” he says. “If a guy has been the super in a pre-war for 25 years, he may not know how to use the most modern systems.”

Wolf agrees. “You must define the role and the job description,” he says. “Person X may not be for property Y. For maintenance people, I vet on skills and capabilities. What are the true needs of the property? Those are the skills you are looking for.”

Accurate job descriptions are very helpful, Wollman agrees. “Sometimes I need a supervisor rather than a fix-it guy, so I look for that experience. Becoming a super or changing from one property to another should always be a levelling-up for the candidate, not a lateral move.”

“In terms of vetting,” says Halper, “we go through a process within our management company, and then an interview with a board. Strong communication skills are very important, especially depending on the building. References are key. We look to existing supers to recommend someone, because they know what we are looking for. It’s a difficult position to fill. With porters it’s much easier because the required skill set isn’t as great. It’s all work ethic.” And like Wollman, Halper’s view is that “as a manager, the stronger your super, the better your relationship with the board and residents.”

Another major consideration in hiring is staying on the right side of both the letter and the spirit of antidiscrimination laws. “In New York City and all of New York State, no employer can discriminate in the hiring or firing of building staff—and that includes condominium and cooperative boards,” says Mark Hakim, an attorney with Manhattan-based law firm Schwartz Sladkus Reich Greenberg Atlas. “In New York, the primary antidiscrimination laws meant to protect workers from unlawful discrimination in employment are the New York State Human Rights Law, which prohibits discrimination on the basis of age, race, creed, color, national origin, sexual orientation, military status, sex, marital status, or disability; the New York City Human Rights Law (Title 8 of the Administrative Code of the City of New York), which prohibits discrimination in employment, housing, and public accommodations in the city; and the Americans with Disabilities Act (ADA), which protects those with legal disabilities.”

Ellen Shapiro, an attorney with Braintree, Massachusetts-based law firm Marcus Errico Emmer & Brooks, concurs. “Condominium associations must make the same consideration as in any other employer,” she says. “The standard is neither lesser nor greater for them. They must consider all laws and regulations, including the ADA, and other non-discriminatory measures covering age, race, and other protected groups. In Massachusetts, state law tracks federal law. I do think that sometimes, in an attempt to be pleasant and to make an interviewee less intimidated, [boards] innocently wander into topics like marital status and children just to make small talk. Be wary of that—being pleasant can waltz you onto thin ice. Those topics may come out during the course of the interview, but if you ask an interviewee if they’re planning a family, for example, it could get you into trouble later on.”

Whether a residential community’s staff is working during a pandemic or what we now think of as ‘normal times,’ hiring and retaining the right personnel is a crucial component of a building or association that functions and thrives. The last 20-plus months have demonstrated the importance not only of identifying the right people for a given role, but of treating veteran and new staff members alike with respect and compensation that reflects the scope of what they do. Good communities attract good employees—and that pays rewards for everybody. 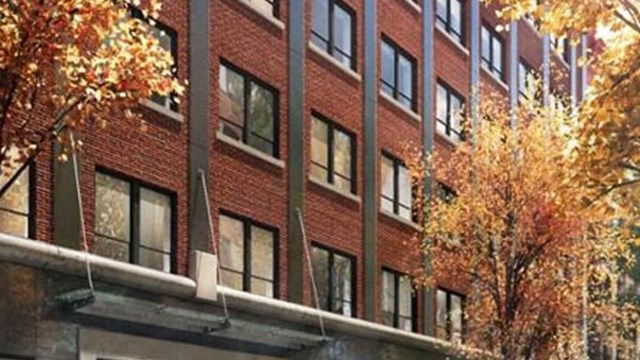 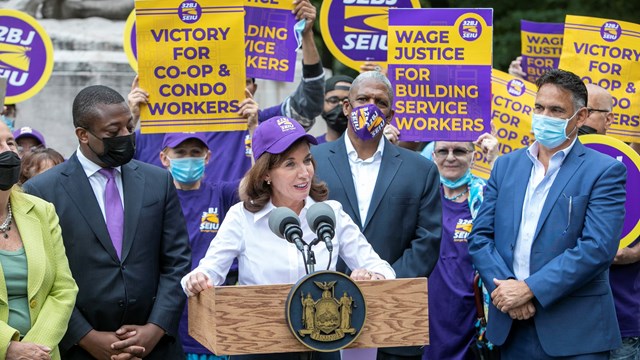 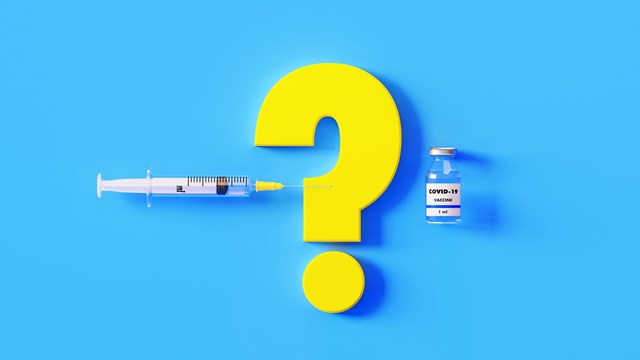 Can They Get Them Now? Should They Be Required?