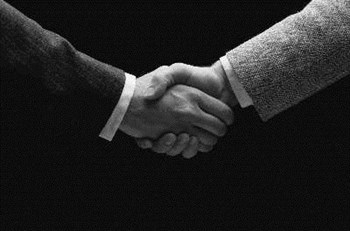 Sometimes being on the board of a co-op or condo is like being a politician. Fellow residents look to you to solve problems. They can vote for you, or they can choose not to vote for you if you do something they dislike. You feel like you're always in the spotlight and sometimes you feel that even your best may not be enough.

In short, it's a job with a lot of pressure—and that's why, when you put six, nine or a dozen board members in a room together, tensions may rise and conflicts may erupt. It's just the nature of the beast; different personalities, different experiences with even a little dose of stress can turn the most friendly colleagues into squabbling combatants. A warring board is a troubled board —so here are a few ideas that may help your board get through the tough times and avoid major conflicts among members.

Thankfully, much can be done to prevent these problems from ever starting, and even more can be done to ease conflicts when and if they do flare up. The most important way to curb problems is to understand how and why they happen, and to realize that the root causes are as varied as the people sitting in that boardroom.

For example, "Issues often arise when people get involved as a board volunteer for a personal reason," says Margie Russell, executive director of the New York Association of Real Estate Managers (NYARM). "If they join the board because they are personally upset about an issue or have an axe to grind. Once that seed takes hold, it's difficult to roll it back to a position of objectivity. It's very difficult to get a person to that objective position if they start at the wrong place."

Often, it's difficult for board members to remember that they are serving their fellow residents, not just themselves. "Some people who serve on a board cannot forget that they are making decisions for the whole co-op or condo and not for themselves," says Jeffrey Friedman of Vintage Real Estate Services, Ltd. in Manhattan "Therefore, each decision is made by first thinking, 'How does this affect me?'"

Michael Berenson, co-owner and president of Manhattan-based management firm AKAM Associates, Inc., agrees. "To avoid undue conflict, it's important for each board member to understand his or her role and the overall role of the board….All board members are charged with protecting the best interests of the corporation and the investors they were elected to represent. Sometimes, reminding a board member of his or her fiduciary responsibility is enough to defuse a difficult situation."

Sometimes conflict stems from ideological differences as well. "You may have board members who work very well together until an issue that they differ on ideologically comes up and then all hell breaks loose," Friedman says. "For example, a fiscally conservative treasurer may say, 'Inflation was 2.8 percent. Therefore, we need to raise our maintenance by at least 2.8 percent.' Another member of the board may say, 'We had a great year by coming in under budget, and there were a number of sales which brought in a lot of flip-tax dollars, so why not wait until next year to raise maintenance?' And then the fun starts."

Beyond ideology, divisions within the board also might reflect divisions within the building. "Sometimes a building is very divided," says Mary Ann Rothman, executive director of the Council for New York Cooperatives & Condominiums (CNYC.) "Each faction elects a few board members, and instead of trying to find ways of working together, each group becomes entrenched and refuses to compromise."

No Need for a Referee

Sometimes, simply recognizing that disagreements will occur amounts to half the battle. "People don't always have to agree, but they do have to try to understand where people are coming from," says George Anthony of the conflict resolution consulting firm Peace Dynamics, located in Red Bank, New Jersey. "If people get locked into a win-lose environment, they're setting themselves up to fail."

Disagreement is natural, Rothman says. "There are times when sincere people can disagree. Volunteers serving on a board are expected to bring their best judgment to board issues, so different points of view can and should be expressed. The trick is to progress form there to a reasonable consensus regarding the next steps."

Sometimes it takes a firm hand to guide everyone in the right direction and steer people clear from argumentative stances. "A good leader should enable each side to express its view and should then push firmly toward a resolution," Rothman says.

"It helps to have a strong leader to encourage people to think outside the box," Anthony adds. People in disagreement with one another "should explore options, because oftentimes, those options are solutions. And sometimes those solutions are born out of conflict. You can look at it as an opportunity."

One absolute, iron-clad necessity is to remind all board members that as they are having these sometimes contentious discussions and hashing out disagreements, it is imperative that everyone in the room be addressed with civility and good manners at all times. "Personal attacks are to be avoided at all cost," Rothman says. "A sense of purpose and professionalism should prevail in the boardroom and in the minutes reflecting the decisions taken by the board."

The ugliest fights can start out seemingly insignificant in nature. "A lot of the time what develops into animosity [among board members] starts out as a simple policy disagreement and builds from there," says Lindy Crescitelli, also of Peace Dynamics.

Before Things Get Ugly

One way to avoid the worst types of personal disagreements is to establish rules of communication and participation at an early stage. "The board should establish a protocol for discussion, debate and decision-making," Berenson says. "In this way, everyone gets to have his or her opinion heard and uniformity in decision-making is applied in every instance. Given the number of disputes that arise over the color for new hallway carpeting, experience proves that it is extremely helpful for board members to agree to this protocol in advance of a vote."

Some disagreements can be solved with more information or the introduction of new perspectives. "The board should not hesitate to consult with experts where this would settle a dispute," Berenson says. "For example, if there are issues about points of law, then corporate counsel should be asked to respond. If there are structural issues, then an architect or engineer should be consulted."

As with any argument or conflict, taking a moment or two to really listen can go a long way toward solving the problem and helping one side understand what the other is really saying. "Problems happen because someone states a belief that is interpreted as a position," Crescitelli says. "A position implies, 'This is where I'm at and everyone else is wrong."

Trouble also arises from simple misstatements. "Sometimes something just isn't clear to someone," he adds. "What person A thought it was about was not at all what person B intended. This is where third parties can help."

Let a Pro Sort it Out

If conflicts have gotten so contentious that they have impaired the ability of the board to conduct business, then it is most definitely time to bring in some outside help. Conflict resolution specialists can help individuals open up the lines of communication and work out the issues at hand. And those lines of communication should be direct between the two parties involved.

"Things that start small and should stay small can get big when people go to other people to talk about it and don't go to the people they need to be talking to," Crescitelli says. In other words, board members have to remember not to go the junior high route, talking behind someone's back or trying to work through another board member to get their message across.

Specialists also can help people broach difficult subjects at the right time and in the right mental place. "Don't try to solve anything when the situation is heated," Crescitelli says. "Once the emotion is under control, then go to the other person to talk about things." It's important in this initial conversation to think about how each word can be perceived. "People should not use accusatory language. 'You' is accusatory. Use 'I.' For example, say, 'I'm not understanding this correctly,'" rather than barking, "You're not making any sense!"

Trying to see the other side of the story is key to resolving difficulties. "We all see the world differently depending on how we were raised," Anthony says. "We're all living in the same building or environment, but we have to acknowledge that we have differences. It's an opportunity to learn from each other, especially if we can acknowledge early on that we have these different views."

Just as most buildings have lawyers or accountants on staff, it also might be wise to have the number of a good counselor on hand in the event that problems do arise. It's always better to solve things before they get ugly.

Ultimately, avoiding difficulties means building and maintaining a sound structure for communication, keeping the dialogue going, knowing one's role on a board and remembering that everyone is in this together. Each and every board member is making a sacrifice of time and effort to serve their fellow residents. It's important to remember that, as Crescitelli says, "People don't join boards to make themselves or others miserable."

Basic kindness and common sense can make life easier for everyone and help the building function smoothly and efficiently. According to Berenson, "It's important for board members to remember that they must treat each other with respect. Their focus must be the greatest good for the greatest number, and they must be somewhat humble in their interactions with each other because no one is right all the time, and we are all wrong more often than we care to admit."