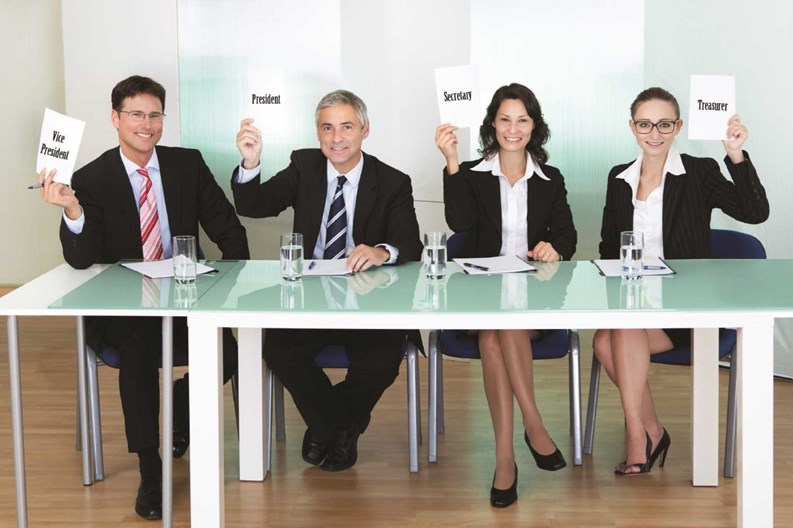 Most co-op and condo residents have taken part in at least a few annual board elections, and perhaps, they’ve even served on committees, or volunteered on behalf of their building in some other capacity. But those who’ve never taken a serious interest in the administrative aspect of their community may not really understand what it is that each officer on their building's board actually does.

Generally, the board of a condo or co-op building is composed of residents who volunteer their time and talents to help run their community and protect the investment it represents. Their responsibilities range from attending board and resident meetings to maintaining important documents and dealing with building staff, management, and other service providers. Boards are also obliged to respond to changes in the economic environment, the membership base, and the physical and financial status of the building.

Acting objectively on behalf of one’s own home isn’t easy. “It’s important when you are a board member not to get stuck on trivial matters and stick to the big issues,” says one co-op board member, who lives on Manhattan’s Upper West Side. “You also need to think beyond your personal opinion and ask yourself `if this is good for the building, not just you as an individual. You are there representing everyone.”

Boards usually contain four officers—the president, vice president, secretary and treasurer. The president is the chief executive officer and has many responsibilities. Typically, they call the meetings of the membership and of the board, prepare the agendas and lead deliberations.

“The president is basically the person who runs the meeting—they are in charge of opening it and they make the motion to close it,” says Steven Birbach, chairman of Carlton Management in Glenwood Landing and a licensed real estate broker in New York and New Jersey. “They are the person who ultimately signs stock certificates and proprietary leases. Other than that, the job is really to oversee and chair meetings. That’s the most important thing.”

For Bob Friedrich, president of Glen Oaks Village in Queens, being president of the board means he deals with issues facing the largest garden apartment co-op in New York City. The community has 134 two- and three-story buildings with 3,000 units, approximately 10,000 residents, and an annual budget of $23 million.

"I devote a minimum of 40 hours per week to board duties, more than my paying job," says Friedrich, who has been president for 16 years and on the board for 21 years. An accountant by trade, Friedrich is glad to have both the ability and time to devote to his various responsibilities.

Other presidential responsibilities include ensuring that legal actions of the membership and of the board are carried out, acting as the board’s agent in supervising building staff, approving expense reimbursements, speaking for the building community to the media and the public and assuming whatever other executive responsibilities necessary to ensure the appropriate management of the building.

“The vice president’s main responsibility is to take over the meeting if the president isn’t there and fill in,” says Burt Allen Solomon, an attorney with the law firm of Norris McLaughlin & Marcus P.A. in Manhattan. “It is common for a vice president to become president after serving their term.”

While few board secretaries require a dedicated assistant, depending on the breadth and complexity of the job—or the sheer size of the community—some boards do appoint assistants to officers to help them carry out their duties.

In a co-op, the secretary signs stock certificates, proprietary leases and banking documents. In both co-ops and condos, they also keep and distribute minutes of meetings, maintain records, inform members of meeting times and agendas, and carry on correspondence that does not fall to the responsibility of the president or treasurer.

Those serving on their board who don’t hold one of these positions are normally simply referred to as directors-at-large (or simply directors), although some buildings come up with different titles for some members depending on their role and responsibilities.

“We have a building where we have a particular board member who is very mechanically inclined, so he is the vice president of maintenance,” says Birbach. “We created that position for him. Whatever people’s strengths are, that is where they ultimately are used.”

Because they're volunteers, new board members often enter into their positions without knowing the full scope of the responsibilities they’ll be taking on – or even very much about their building in general.

New board members usually start off as a director-at-large, learning, watching and absorbing information from more senior members. Perhaps they move up the ladder with the next general board election, but there is no written rule about what they can do.

“The board has a lot of authority in the sense that they have been selected by the shareholders to represent them and make the decisions for a building so they have tremendous latitude for making decisions,” Birbach says. “They answer to themselves, and should be acting in a majority. If one person wants to increase the sublet fee but four other members say no, it won’t be increased.”

Whether you are president or an officer, every vote carries equal weight, which is why there should always be an odd number of board members on each board. Although the president might run the meeting, and the treasurer keeps tabs on the financials, ultimately the whole board will vote on a given item—and the majority rules.

Board members also need to demonstrate discretion, as sensitive material is sometimes shared in the board meetings regarding individual residents, legal or financial information, or other aspects of the building.

“Things discussed before a board are confidential,” Solomon says. “Sometimes it is very sensitive information. What’s said in the boardroom should stay in the boardroom, or it could result in damage to the [board] for liability if you disclose things that are private.”

“You will have a great deal of responsibility, which means not always taking the most popular action,” Solomon says. “If you have to raise maintenance fees for example, that’s necessary. Even though your neighbors may not love it, you may need to do it to pay the debts.”

A building’s board of directors is primarily responsible for protecting the assets of the member-owners. Directors are expected to act in good faith and in the best interests of the building as a whole. "Running a co-op is a real business and really needs to be done like a business," says Friedrich. "We have nine board members who all live in the community and like each other. We can debate issues and it never gets personal, we all enjoy participating."

Keith Loria is a freelance writer and a frequent contributor to The Cooperator. Associate Editor Hannah Fons contributed to this article.