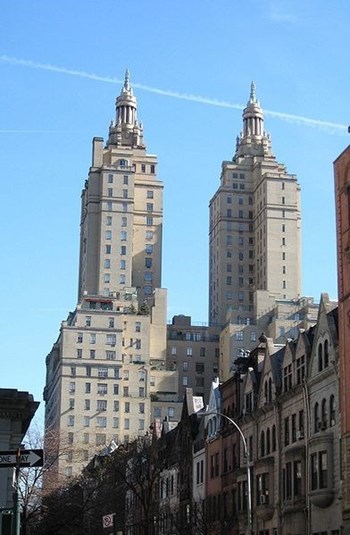 The old adage says that everything old is eventually new again, but if we are  talking about a landmarked building in New York City, you may want everything  old to stay that way. New York City has over 80 historic districts featuring  unique styles of design, exceptional attention to cultural details, and  hand-painted or hand-carved architectural embellishments. Of course, a lot of  these historic gems are homes to modern people with modern lifestyles and  repairing, renovating or changing these buildings in any manner may require  special permission.

New York City Landmarks Preservation Commission (LPC) is the city agency  responsible for designating and regulating landmarks. The commission has the  authority to protect these landmarks—including residential buildings—from any alterations they believe might be harmful to their aesthetic or  historic value. A landmark is a building, property, or object that has been  designated as such by the LPC for its special character, historical or  aesthetic interest or value as part of the development, heritage, or cultural  characteristics of the city, state, or nation. (Landmarks are not always  buildings. A landmark can be a bridge, a park, a water tower, a pier, a  cemetery, a building’s lobby, a sidewalk clock, a fence, or even a tree.) A property or object is  eligible for landmark status when at least part of it is at least thirty years  old.

Tim Fine, executive vice president at Charles H. Greenthal Management Co.,  welcomes the process of LPC approval on restoration projects. “Management and Landmarks want the same thing; a beautiful building that is  well-preserved and retains the style in which it was constructed,” he says.

According to the LPC, every designated structure, whether it is an individual  landmark or a building in an historic district, is protected under the  Landmarks Law and subject to the same review procedures. The Landmarks Law was  enacted in the mid-1960s to protect the city’s architectural, historical and cultural heritage. Any exterior changes, no  matter how minor, require the LPC’s permission.

Determining whether your building is already a landmark can be done using an  interactive map on the LPC's website, www.nyc.gov/html/lpc. Entering the address will uncover the landmark status of a building as well as  other individual, interior and historic landmarks in the surrounding area  explains Elisabeth de Bourbon, spokesperson for the LPC.

A phone call to the LPC can elucidate if a permit is even needed for your  potential project. For example, repainting previously painted masonry or wood  the same color or removing graffiti with approved graffiti removal can be done  without a permit. However, repairing, repointing, or resurfacing masonry, replacing brick,  cleaning exterior wall surfaces, stripping paint, painting façade surfaces a different color, and other visual changes to the exterior of the  building all require a permit. Guidelines also state that work on the interior  of a building that will affect a building’s exterior, (such as installing an air conditioning wall unit), must have a  permit as well.

Industry experts advise boards and management companies to stick to the  regulations of the commission, even if they are more costly than for example,  moving forward a different way. The process can be long and can take extra time  because of the necessary approval, but the end result will be a historically  preserved, fine-free residence.

If a permit is needed, it is time to position your team for maximum efficacy. “An owner can do the application him or herself, but an architect and contractor  can help move things along,” says Jeff MacGregor, vice president of PRESERV, an exterior masonry restoration  firm in Brooklyn. “Architects and contractors experienced in historic restoration have gone through  the process and can reduce the chance that the commission is going to come back  with a million questions.”

Currently, the application is a paper process, including documents that must be  downloaded and turned in to the LPC. Once the paperwork is in hand, the goal of  the LPC is to have the application processed in about ten days, depending on the complexity and  duration of the project, says de Bourbon. “The turnaround is relatively quick as long as the person who is submitting the  application submits all the materials we need to see in order to make a  decision or evaluation about the effect the proposed change will have on the  landmark,” she says. Depending on the permit required and the size of the job, a permit  application should include blueprints on how the building is going to be  altered, photographs of what part of the building is going to be affected, and  all the specifications necessary to complete the job.

The commission issues different permits, such as a Certificate of No Effect,  which means that your proposed work does not affect the architectural features  of a building. According to MacGregor, “This is work that does not affect the outside of the building—including plumbing work and interior work—as long as it’s not a landmarked interior.”

By contrast, a Certificate of Minor Work affects the architectural features of  the building, but the intent of the work is to restore and repair those  features. A Certificate of Appropriateness means the work being done  significantly affects the building’s exterior features. This permit requires a public hearing, appearance in front  of the community board, and needs to be approved by the entire commission, a  process which can take up to three months. And, says de Bourbon, the LPC issues about 11,000 permits a year and only about five percent of applications  fall into this category.

“If you want to put a penthouse on top or remove a significant part of the  building, such as its cornice, you need to appear at a public hearing,” says MacGregor. “The commission is reasonable because we think it’s important when you are working on an historic building to be sensitive to its  architectural style.”

“The Landmarks are watching out for the building,” says Steven Reif, vice president of Landmark Restoration and Construction  Corporation in Long Island City. “If you have the job all spec-ed out, it saves problems with the commission. Then  you can take those specs and put out a bid to different experienced  contractors.”

Reif explains that he is usually brought on the job after all the paperwork has  been completed and he can examine specifications. “By then the color submittals and all the problems are worked out between the  owner and the commission,” he says.

Once permits are granted, the job can begin. The LPC does not have an official  inspection team, but believes the public eye helps them to do their job. “We are a complaint driven organization. You have to post our permit in a visible  space and it specifies what work is being covered by it. If someone walks by  then can easily say, 'this permit is for new windows and it looks like they are  stripping the facade'. We do have an enforcement department so someone could  call us and we will take a look,” de Bourbon says.

Accessible and user-friendly as they try to be, however, the commission does not  take kindly to those who choose to work on landmarked buildings without proper  approval. The LPC will first issue a letter to the owner or applicant who has a  couple days to respond. Lack of response provokes another letter, after which  the LPC moves to violations which can cost up to $5,000 per day if the  notification goes unanswered, in the worst case scenario. “We are not here to try to collect money but rather make sure that the projects  are in compliance with the Landmark Law,” de Bourbon says.

There’s a reason New York City is often referred to as “Gotham.” We as a community appreciate the sense of history that lingers over our town,  and it’s no coincidence that a group like the Landmarks Commission exists to preserve  and protect the stately structures that give New York a look like no other city  in America. So de Bourbon sums it up, “the goal is to preserve the city's architecture and heritage. The city's  buildings are a manifestation of who we are as a city and reflect where we have  been and where we are going. That is why it is so important to preserve them.”

Lisa Iannucci is a freelance writer and a frequent contributor to The  Cooperator. Editorial Assistant Maggie Puniewska contributed to this article.