It is a fairly common situation: The managing agent of a 30-unit condo calls the building’s legal counsel and asks whether the building is required to hire or retain a resident superintendent. Sometimes the building wants to rent or sell the superintendent’s apartment to offset expenses—or perhaps the board believes that there is not enough work to justify hiring and paying a full-time, live-in superintendent.

In New York City, Administrative Code §27-2053 provides that in a multiple dwelling of nine or more units, the owner shall either: (1) perform the janitorial services himself or herself, if he or she is a resident owner; or (2) provide a janitor.

According to Administrative Code §27-2052, “Janitorial services” are defined as “Cleaning and maintenance, including the making of minor repairs, the furnishing of heat and hot water…the removal of garbage, refuse, ashes and wastes from the premises, and the removal of snow, ice, dirt and other matter from the sidewalk and gutter.”

In the Hatcher case, petitioner Dr. Virgil Hatcher—a commercial unit owner in the predominantly residential 420 West 23rd Street Condominium—commenced a Housing Part (HP) proceeding in the New York City Civil Court against the condominium, alleging that the 45-unit building was in violation of the New York City Administrative Code and the New York State Multiple Dwelling Law because it did not employ a resident janitor.

In the case of 420 West 23rd Street, the building’s board was comprised of seven unit owners—all of whom resided in the building. The building had its own superintendent who did not reside in the building, but performed janitorial services 40 hours a week. In addition, the superintendent from a neighboring building was available to provide janitorial services at other times if needed. A subsequent amendment to the HP petition sought imposition of an additional violation because the condominium, in violation of Administrative Code §27-2055, failed to certify the janitor’s competency to the HPD.

There is no question that a condominium is obligated to provide “adequate janitorial services” as is required in any multiple dwelling. In New York City, Administrative Code §27-2053 provides that an owner can provide for janitorial services to be performed on a 24-hour-a-day basis in a manner approved by the department—but the HPD has no established regulations setting forth what would satisfy this criteria.

Similarly, New York State’s Multiple Dwelling Law §83 requires that “whenever there are 13 or more families occupying any multiple dwelling and the owner does not reside therein, there shall be a janitor, housekeeper or some other person responsible on behalf of the owner who shall reside in said dwelling, or within a dwelling located within a distance of 200 feet from said dwelling…”

Under both the state and city law, the term “owner” is broadly defined, and includes “the owner or owners of the freehold of the premises or lesser estate therein, a mortgagee or vendee in possession, assignee of rents, receiver, executor, trustee, lessee, agent, or any other person, firm or corporation directly or indirectly in control of a dwelling.”

In its decision on the matter, the court held that as long as one of the condo’s owners resides at the property, a resident janitor or super is not required in order to satisfy the condo’s statutory obligation to provide “adequate janitorial services.” Further, the court unanimously rejected the Department of Housing Preservation and Development (HPD)’s and Dr. Hatcher’s contention that in order for the building to be exempt from the resident janitor requirement, an owner needed to personally perform janitorial services for the building.

The court expressly recognized—and the petitioners did not dispute—that members of a condo board (and by extension co-op board members as well) are “owners,” as that term is defined in the law. Therefore, so long as one or more of the board members lived in the building, there was no dispute that an owner resided there.

The lower court found that because the resident owners did not personally perform the janitorial services, the exemption was not applicable and a resident janitor was in fact required. In addition, the court found that the condominium could not comply with the Administrative Code §27-2055 requirement to certify the competency of its janitor because HPD did not have an established certification procedure.

Section §27-2055 of the Administrative Code requires that an owner employing a janitor must certify to the department in writing that that janitor is competent to perform required janitorial services in a competent fashion. The janitor must also be shown capable of operating the incinerator and the furnace, the boiler, and other machinery that provides the building with central heat and hot water. The owner must submit a new certificate of the janitor’s competency to the department no later than 60 days after hiring a new janitor.

At a June 2004 court date, an affidavit was submitted to the court and HPD from 420 West 23rd Street’s registered managing agent certifying the janitor’s competence as required by the code. However, the higher court judge wanted a hearing held in order to determine the janitor’s competence. He denied the condo’s request for an adjournment and entered two violations: one for failure to employ a resident janitor and one for failing to certify the competency of the janitors. The condominium appealed.

Had the Appellate Term upheld the lower court’s decision on the appeal, co-ops or condos with nine or more units would have been required to either hire a live-in janitor or one living near the building, or personally undertake the performance of janitorial services. This would have been cause for concern—particularly in buildings with very limited staffing budgets, or those with no space in which a live-in super could reside.

That’s not how it happened, however. In a decision dated June 15, 2006, the Appellate Term, First Department reversed the lower court’s decision and dismissed the violations against 420 West 23rd Street. According to the higher court’s ruling:

“In view of Civil Court’s own conclusion that the board of managers of the subject condominium premises qualifies as a resident owner within the meaning of MDL § 83—a conclusion which petitioner does not and cannot seriously challenge—the [lower] court’s directive that appellants hire a resident janitor finds no support in the governing statutory framework. Appellants met their statutory and code obligations by ‘provid[ing] a janitor’ who, so far is shown on this record, was properly certified as ‘competent to perform janitorial services.’”

In a concurring opinion, Justice William P. McCooe found the HPD’s and Dr. Hatcher’s argument that the exemption should only be applicable if the owner performed the services themselves to be “logical and practical but unfortunately not provided for in the law as written.” He called for consideration of remedial legislation.

The upshot of the decision—at least as building boards are concerned—is that in co-op and condo buildings where a director or officer resides at the building, there is no legal obligation to provide a live-in janitor or one who resides within 200 feet of the building. The building must simply “provide a janitor” to perform “janitorial services.” The number of hours necessary to perform those services is not stated, but owners and managers are cautioned that they are obligated to provide “adequate” janitorial services, however vague that term may seem.

There are many small buildings in the city that have only a part-time superintendent, or share a super with several other buildings in their neighborhood. That’s fine, but boards of smaller buildings should remember that the Administrative Code prohibits a single super from servicing more than 65 units. That requirement is binding, even if the owner resides on the premises.

Additionally, the Appellate Term found that the condominium’s certification of its janitors’ skills was proper, rejecting the court’s finding that a hearing should have been held to establish competency. By definition, court determination of the janitor’s competency in this area would have substantially impinged on the employer-employee relationship between the owner and the janitor. The city has appropriate remedies if it finds that janitorial services are not properly performed at a building—it can issue violations for the conditions that result from incompetent work, like lack of heat or hot water, unclean hallways, and so forth. But imagine the complications that would result in a union building if the court found that a janitor was incompetent, even though the employer did not agree with such an assessment. Such a finding could arguably make termination of the employee mandatory.

It is not known at this time whether HPD or the petitioner will subsequently appeal the Appellate Term’s decision. It’s also unknown whether HPD, having taken a position in this case, will now promulgate a procedure to enforce the janitor certification requirements. At the time of the hearing, HPD did not have a form for certification, nor did it have a procedure for submitting such certifications.

It’s interesting to note however, that 10 weeks after the court rejected the owner’s affidavit certifying the janitor’s competency, HPD’s assistant commissioner Vito Mustaciuolo advised my office that the agency, “would accept an owner’s affidavit as satisfaction of the janitor certification, provided that the affidavit states the janitor’s name as well as his or her competency to perform janitorial services—including the ability to operate the incinerator, furnace, boiler and other machinery that provides central heat and hot water.” This is precisely what 420 West 23rd Street submitted to the court in June 2004.

In summation, despite the gaps in the HPD’s regulations regarding the certification of supers and other janitorial staff, this decision relieves co-ops and condos of having to employ an on-site janitor or super, so long as they otherwise provide for “adequate janitorial services” and the upkeep of their building’s systems and common spaces. n

Stewart Wurtzel is a partner with the Manhattan law firm of Deutsch Tane Waterman & Wurtzel, and was counsel of record in the above-mentioned case. 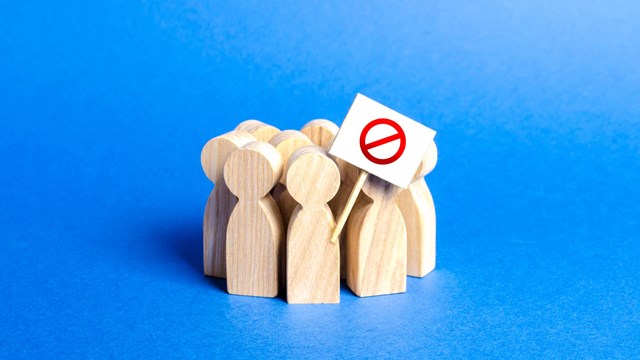 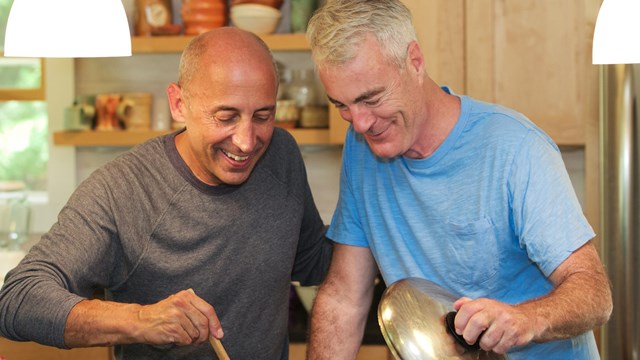