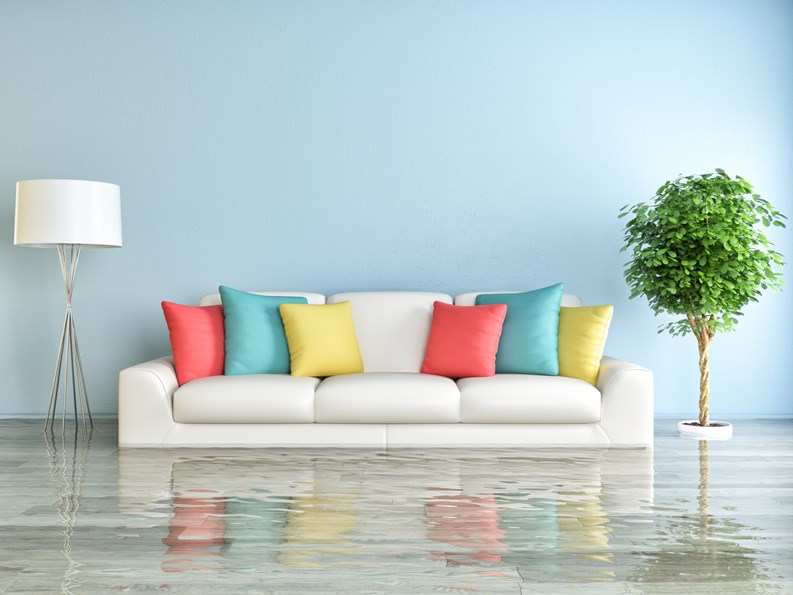 Back in the late ‘80s, pop stars Milli Vanilli once had a hit song called  “Blame It on the Rain.” And while ‘it’ for the singing duo was about heartache and lost love, the rain can bring a very different kind of pain to the board and residents of a co-op, condo, or HOA. The costs associated with repairs to a leaking roof, exterior wall, ceiling or floor are not only financial; they can include a host of health risks associated with the mold that often appears in the presence of water infiltration.

The best defenses against these miseries are a well-maintained building exterior and plumbing system. But even if preventive measures are taken, waterproofing a building is tricky business. “It is very difficult to confirm that a building is either 100 percent waterproof or 100 percent water resistant, whether it is from groundwater or from rainwater,” says George Doukas, president of the Long Island City-based waterproofing company CGI Northeast Inc. But boards and managers must try, or risk damage to their buildings and even potential liability.

A building built and covered with newer conventional waterproofing systems has a better chance of remaining leak-free than more vintage construction, says Doukas. These new types of construction focus in part on roofing, waterproofing behind facade brick, or curtain walls and/or below-grade rubberized membranes, such as the soil-side of foundation walls as well as below-floor slabs in cellars and sub-cellar locations.

“Older buildings that are not built or covered with these systems are definitely more water intrusive,” says Doukas. “However, even in new construction, it is almost impossible to keep out 100 percent of the water, especially with groundwater in lower sub-cellar elevations within the groundwater table.”

Traditional mechanisms in a residential building that prevent water from seeping in during or after precipitation include state-of-the-art roofing materials, properly caulked windows and flashed shelf angles, window lintels and sills, air conditioning sleeves, and concrete around the building’s perimeter.

“Foundation leaks are prevented with the use of below-grade products, [GCP Applied Technologies’] Preprufe being the most popular along with their Bituthene lines,” says Tony Malatos, corporate secretary for the New York-based KNS Building Restoration Inc. “Also, negative-side waterproofing for sump pits and elevator pits is usually done with a crystalline product, which can be applied to new or existing structures.”

For new construction, Doukas explains that waterproofing systems are installed from the ground up. In part, this process entails installing rubberized membranes on the exterior or soil side of concrete foundation walls and floor slabs.

“As the façade is being erected, waterproofing membranes and weeping water systems are installed on the exterior side of concrete blocks or frame-sheathing systems,” says Doukas. “Then when the building is erected to full height, the final roofing system is installed. In the interim, however, a temporary roofing system may be installed to prevent water from entering so that interior construction can begin.”

In most cases, water damage is visible to a building’s superintendent or maintenance personnel. There are tell-tale signs, such as water pooling on roofs or eaves, and there are the cases where discolored spots can be seen on a ceiling or wall. But not unlike an acupuncturist who places a needle in a patient’s neck to relieve a cramped foot, the site of visible water damage might not actually be the discovered leak’s epicenter. To suss out the source of a leak, it’s often necessary to do some sleuthing aided by scaffolds, moisture detectors, and even infrared optics.

“Scaffolding allows for bird’s eye view as does high powered binoculars,” says Wayne Bellet, president of the New York-based Bellet Construction Co., Inc. “We also use infrared to scan roofs at dusk. It’s not as expensive or high-tech as it once was, and we can see moisture that is trapped. It’s effective.”

For above-grade issues, Doukas explains that rainwater may enter from the exterior side of brick if the waterproofing behind the brick has been improperly installed, or has become compromised in some way.  As a result, “bubbling or blistering” of paint and plaster on the perimeter walls and the ceilings - particularly at the upper floor levels - becomes evident.

“At below-grade basement or cellar rooms, if the walls are furred out, the same blistering of paint and plaster may be apparent,” he says. “If the concrete or masonry foundation walls are exposed without furred-out interior finishes, active water may be entering from the soil-side within cracks or joints. After the active water evaporates, stains and efflorescence, such as white salt deposits that are caused from the evaporation of the calcium chloride within the concrete, are left behind.”

While it may seem intuitive that exterior leaks are generally a roof-related, top-down issue, Malatos explains that leaks occur just as frequently at ground-level or below ground level—Manhattan, after all, is an island with an ever-changing water table.

“We have seen leaks occur along buildings on the East and Hudson rivers every time the tide comes in, then subside when the tide goes out,” says Malatos. “This is where in new construction the Preprufe is the best bet, and in existing buildings some negative wall crystalline along with crack and cold joint prep with hydraulic cements work best.”

Over the course of the last 30-plus years, Bellet says he has seen just about every type of leak and all their related horror stories, from priceless paintings ruined to heirloom furniture rendered worthless from water damage. Water, he says, seeks its own level, and gravity helps this process along. If a leak is discovered, he says, don’t delay in fixing it.

“A leak does not get better on its own. It might leak and then stop, but sure enough four months goes by and the leak comes back even worse,” says Bellet. “The leak could stop because it didn’t rain hard enough, or the wind was coming in at a different direction, so make the repair as quickly as you can.”

The Right Tools and Know-How

While a building’s superintendent or manager can be trained to investigate and diagnose leaks, annual site inspections by professionals, such as a technical consultant, are often recommended.

“The first inspection would be to examine the signs that were previously reported and indicated, both at the above-grade exterior locations and at the below-ground locations.  Thereafter, a technical consultant can arrange to perform an inspection drop with scaffolding installed by a licensed exterior façade contractor,” says Doukas. “At the exterior side of the building, where the signs of the interior blistering are apparent, the technical consultant can inspect to see if there are open mortar joints in the brick or other defects. They can also perform water testing with...garden water hoses to confirm that water is entering from any potential defects.”

For older buildings, the waterproofing process often requires a licensed engineer who can address all issues related to the building, including façade, flashing and HVAC components that may have become compromised with age and general wear-and-tear. Malatos says boards should hire reputable companies and steer clear of “man in a van” contractors.

“If it’s roofing, check the contractor’s certifications with the roof supplier that will be warranting the roof,” Malatos continues. “Request a job kick-off meeting with the roof manufacturer present. Also, request to see their insurances to make sure they are covered for roof work, have the proper height policy, and that they have no mold exclusions. Once the roofing has commenced, there are a few inspections that take place, as well as a final look by the roof manufacturer. The building can also request that hold points be done and inspected by their engineer for every phase of the new roof installation. And upon final inspection and payment, the contractor should issue a manufacturer’s guarantee for the warranty term.”

If the wrong company is hired to undertake this all-important waterproofing work, Doukas says that the consequences could be dire. “The main danger is structural integrity.  As water intrusion occurs, the concrete or masonry structures, along with the steel reinforcement, continue to deteriorate,” he continues. “This is more prominent with below-grade foundation walls that support the upper levels. Other potential dangers include mold and insect infestation caused by the water entering.”

When a leak is identified, how it is fixed depends on a host of variables, including site location, a building’s age and the manner it was constructed. A pitched roof, for example, would be repaired using exterior access usually from a ladder, boom lift or pipe scaffolding, notes Malatos. “Flat roofs usually have inside access and are repaired with the same material the roof is,” he says. “Most likely for a quick repair some type of liquid product would be used that allows you to embed a fleece, glass, metal or brick does not change the roof system.”

Before hiring a contractor, Bellet says boards should first consult house rules as there are protocols to follow. In some cases, penthouse unit owners have contacted Bellet before consulting their board or management company.

“The procedure is to notify you building manager who then notifies the board and the board decides if it is something they need to fix,” says Bellet. “If it is to be fixed, the board gets estimates and chooses the most qualified company with the best price and insurance to execute the repair.”

For those boards that are notified of a leak or water damage and fail to respond, board members can face legal ramifications for that inaction. Doukas notes that ours is a litigious society, and water intrusions can lead to lawsuits.

“A health concern from mold infestation is an issue,” he says. “God forbid a building should collapse from lack of structural integrity as a foundation structure has deteriorated from years of water intrusion,” he says. “Lawsuits may even occur from slipping on a floor slab or stairway in a cellar level from the entering water saturating the floor.”

The best way to avoid both the damage that leaks and water infiltration can cause as well as the potential health threats is to act swiftly whenever a leak issue comes to light; building support staff should be vigilant about inspecting potential leaks and reporting any positive findings to the board-management team, and professionals should be retained immediately to find, repair, and hopefully prevent future infiltration issues before they become a much bigger, more expensive, and possibly dangerous situation.

W.B. King is a freelance writer/reporter, and a longstanding contributor to The Cooperator.