Do not show again [X]
By Debra A. Estock   2011 March Exterior Maintenance 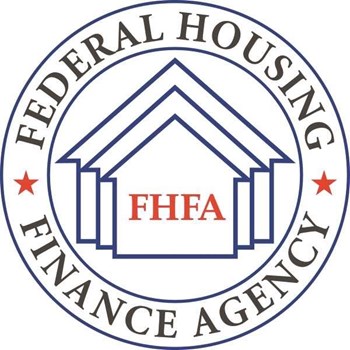 After receiving over 4,200 comments on a proposal that would have eliminated  flip taxes and transfer fees in co-ops, condos and HOA communities, the Federal  Housing Finance Authority (FHFA) has reconsidered its position and will allow  cooperatives, condominiums, homeowner associations and certain tax-exempt  organizations to continue to use the private transfer fee proceeds to benefit  their properties.

Private transfer fees—typically one percent of the sale price or higher as specified in the original  governing documents—are fees paid when a condo or co-op unit is resold. They are paid from the  purchaser to one of four groups: (1) the community association, (2) tax-exempt  groups that provide a direct benefit to HOA owners, (3) tax-exempt groups that  don’t provide a direct benefit to HOA owners (like the Sierra Club), or (4)  third-party developers or investors. Private transfer fees that do not directly  benefit a subject property, (i.e., those paid to developers, investors or third  parties) would be barred, according to the proposed rule.

The original proposal announced in August 2010 provoked an outcry nationwide  from supporters of cooperatives, condominiums and homeowner associations, where  flip taxes and transfer fees typically go back to the community to help  maintain the housing.

Addressing the concerns raised by the Real Estate Board of New York (REBNY) and  its members, the proposed FHFA rule announced Feb. 1, 2011 is a relief to  co-ops, condos and HOAs. The proposed ruling would have had a crippling impact  on property sales throughout New York City.

New York’s state and federal delegations also helped spread the word. “The vocal support by our representatives in Washington was critical, and we owe  thanks to our New York City congressional delegation, including Senators  Schumer and Gillibrand, with particular acknowledgement of Congressman Anthony  Weiner, who led the delegation effort on this issue.”

Bob Friedrich, the Glen Oaks Village president and founder of the Presidents  Co-op Council, also welcomed the FHFA revision. The council is a think tank of  co-op and condo board presidents of eastern Queens that represent more than  21,000 units of co-op and condo housing including Glen Oaks Village, North  Shore Towers, Windsor Park, Clearview Gardens, Deepdale and the Bay Club.

“This victory was a collaborative effort between elected officials, board  presidents and the Presidents Co-op Council, all of whom submitted letters to  the FHFA strongly opposing its proposal.

“We are proud to have participated in this victory. It is a victory for affordable housing and our working families who choose to  live in a co-op or condo. Co-ops are truly the last bastion of affordable housing in our city,” noted Friedrich.

"Co-ops in New York City keep costs in check and enhance both quality of life  and property values through capital improvements financed by flip taxes," City Councilman Mark Weprin, D-Oakland Gardens, said. "Due to New York City’s unique concentration of co-ops, we asked for an exemption, which the proposal  now includes."

Many homeowners’ associations, condominiums, and cooperatives with properties subject to private  transfer fee covenants commented that the final guidance should be crafted to  allow private transfer fees to these associations. These commenters, the FHFA  said in its summary, maintained that private transfer fees fund the capital  reserves of their buildings or communities and help to fund critical and  necessary capital improvements, upgrades and major repairs. They noted that  these improvements increase property values, result in lower regular  association dues and create more desirable communities.

National and local chapters of the Community Associations Institute (CAI), for  one, challenged the FHFA’s assertion that such fees do not benefit community associations. In addition to  surveying its members for guidance, hundreds of comments in opposition came in  from CAI members.

CAI Chief Executive Officer Thomas M. Skiba, CAE, was clearly pleased with the  FHFA revision. “This was a critical revision for the financial health of tens of thousands of  community associations,” said Skiba in a press release. “Protecting traditional transfer fees is beneficial to homeowners, potential  homebuyers, the associations and the housing market. The government should avoid doing anything that could stifle home sales and put  communities in further financial jeopardy.”

The new draft proposal would impose a ban on private transfer fees paid to  developers, investors and third parties. “Though asserted to be collected for the purpose of funding infrastructure  investments, there is no assurance that they actually are,” the FHFA summary noted. “They are simply another source of return to the developer: a way for a developer  to extract additional value from its real estate portfolio. There is no  relationship between the transfer fee and the actual costs of the developer.”

The draft proposal will be open for public comment for 60 days until April 8,  after which a final ruling will be issued. To formally comment on the revised  rule, use one of the following two methods:

• E-mail: Comments to Alfred M. Pollard, General Counsel, may be sent by e-mail  to RegComments@fhfa.gov. Include “RIN 2590-AA41” in the subject line of the message.

When enacted, regulated entities will be required to comply with the final rule  within 120 days after its publication.