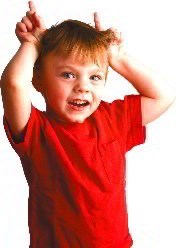 Even before the landmark “Pullman” case in 2003 in which a co-op board and shareholders voted unanimously to evict an especially  troublesome and disruptive shareholder from their building—New York co-op residents have grumbled about “objectionable tenants” and how to deal with them. The term “objectionable” is subjective, and the behavior that can fall under that label ranges from  constant noise and offensive cooking smells to ranting at and even assaulting  neighbors or board members in the lobby.

Punching or threatening someone is clearly an actionable offense, same as  dealing drugs or running an unlicensed business out of one’s apartment. But residents who are a perpetual pain-in-the-neck for their  boards, or who constantly bicker with their neighbors over every little thing  may not be “objectionable” in the strictest legal sense, but their behavior still negatively impacts the  quality of life in their building. What’s to be done?

Anytime more than one person occupies the same living space—as anyone who has ever had a roommate, spouse, child, or needy pet well knows—conflicts inevitably arise. In co-op and condo buildings, these conflicts tend not to be violent, felonious,  or an obvious case of good pitted against evil. Rather, the problems stem from different interpretations of things like noise  level.

“Noise is a very, very common problem,” says Andrew Brucker, a partner at Schechter & Brucker, PC, a law firm in Manhattan. “So common, it’s to be expected when these problems crop up.”

Just how much noise is permissible is covered in a building’s house rules, of course—but that’s small consolation to the person living underneath the guitarist of a heavy  metal cover band who likes to practice into the wee hours of the morning.

“It’s mostly noise,” says Gregory Cohen, president of Impact Management in Flushing, of the more  common intra-resident problems his company is called upon to police. But also “garbage, parking cars where they shouldn’t be parking them, dogs urinating and defecating all over the property.”

With noise complaints especially, there are shades of gray. Many conflicts of this nature are disputes between an overly sensitive  downstairs neighbor and an overly insensitive one upstairs. The best way to solve these conflicts? Get the two sides talking.

“There are mediation panels that have been created by the New York Bar just for  this very thing,” Brucker says. “[Co-ops and condos] don’t use it much, but it’s there.”

Likewise, it’s important for the board and the managing agent to communicate—with one another, and also with the aggrieved parties. Many potential squeaky wheels go quiet when they are given an audience.

Mediation assistance can be found through the court system, the New York City  Bar Association’s Co-op & Condo Mediation Program, and private mediation firms also exist. For more  information or to commence a mediation go to the bar association’s website at http://www.nycbar.org/Publications/ADR.htm, download an  informational PDF at www.nycbar.org/pdf/mediate.pdf or call 212-382-6701.

“You’ve got to communicate,” says Deborah Gordon, director of operations for Kaled Management in Westbury,  Long Island. “The only thing you can do in a situation like that is to get involved and try  and resolve it before it escalates.” Even if the complaint is unjustified, it’s prudent to communicate. “You can’t just ignore people,” she says.

And of course it’s always best to be tactful, and, to use a cliché, to expect the unexpected. “You have to walk that fine line,” says Cohen. “Is it a personal issue? Are they violating house rules? Is it between two owners? Each one is different. You really have to take these on a case-by-case basis.”

But what about those residents who toe the line between difficult and  objectionable? New York is a hotbed for shall-we-say colorful characters. Hence the refrain, “Only in New York.” Small wonder, then, that in a large apartment building (or even a small one) a  board tends to find itself dealing with one of these characters, whose behavior  is generally described with more pejorative words than “colorful.”

“There are people who are simply unruly,” notes Brucker. “When they don’t agree with the board, they’ll verbally attack a board member.”

The numbers suggest that this scenario is more familiar to readers of this  publication than anyone would like. “If you have a building of 400 apartments,” he says, “it’s not so unlikely that you have a couple of people like that.” Or one or two even worse.

“We get Fruit Loop crazy things, people streaking through the halls and things  like that—you’d be surprised,” says Cohen. “Packrats who fill their apartment with stuff, or people who have 20, 30 animals  in their apartment.” Or unusual pets: pigs, exotic birds, spider monkeys.

The most difficult resident Cohen had to contend with was difficult because she  suffered from extreme mental illness. “She used to defecate and throw it all over the building,” says Cohen. “We called Social Services, we called the police.” Eventually, the combination of escalating fines and debilitating condition led  to her removal from the building.

Some residents seem devoid of human empathy. Brucker recalls one resident who  wanted to have her upstairs neighbors removed—because of their colicky newborn who cried for hours at a time.

“When it comes to a baby, you have to have sympathy for the parents,” Brucker says. “You can’t treat a baby like it’s a dog.”

And some residents harbor a blind faith that the managing agents can make every  problem disappear, as if they possess magical powers. Gordon tells about a  resident who complained about the appropriation of the building’s grounds by a flock of pigeons.

“They wanted me to put a sign up,” she says incredulously. “’Pigeons Not Allowed.’ If life was that easy and pigeons could read, it would be a whole new world.”

Then there are those residents who are blatantly breaking the law. Dealing  drugs, operating escort services, that sort of thing.

“If it’s drugs or prostitution, and you can prove it, you call the police,” Cohen says. But then, if the objective is to make the criminal activity vanish, there are  other options. In one of the buildings he manages, an owner was running a brothel. Men of shall-we-say questionable character were going in and out the door at all  hours of the night. Rather than bringing a long and expensive legal proceeding, Cohen had a better  idea.

“We put a security guard outside the door at $9 an hour. They were gone in two  days,” he says.

Reading about this in an article can be amusing, but having to deal with these situations is anything but. How to handle someone so disruptive?

“The best thing to do is shore up the house rules,” Cohen says. “You use these as a tool to get the behavior modification you need.”

In the case of the woman who threw her feces around the hallway, for example,  Cohen had the building change the house rules to explicitly prohibit this, and  levy a $1,000 fine for every incident. She soon found herself $30,000 in the  hole, and one step closer to eviction.

But, “it’s not about the money,” Cohen adds. “It’s about getting people to behave the way you want them to.”

For example, one of his buildings prohibited air conditioners in certain  windows, for reasons of fire safety. One resident’s refusal to remove his resulted in a battery of fines. When the penalty charges  approached $3,000, lo and behold, the air conditioner was taken out. The fines  were lessened, eventually; what was critical was getting the building to  conform to safety regulations.

And if fines don’t work, and mediation fails, and the resident does not change, well, you can  always Pullmanize him. (Yes, so effective has the Pullman option been since the original Pullman was  eighty-sixed from his building for being objectionable four years ago, it is  now its own word, Brucker says.)

In the original case, the resident, Pullman, was “a super, super gadfly,” in Brucker’s words—an almost mythically bad neighbor. The board, desperate to be rid of him, employed an arcane clause in the  proprietary lease that allowed shareholders to terminate someone’s proprietary lease if he or she was “objectionable.”

“That clause has been in there for 30, 40, 50 years,” Brucker says. But until Pullman came along, no one had actually used it.

The other owners of the building voted unanimously to boot him out, and the  courts held with them. Their logic, Brucker says, is that when you buy into a  co-op or condo, you’re implicitly buying into their rules. To Pullmanize an objectionable resident  is, figuratively speaking, the nuclear option. But like the nuclear option, its threat can keep people in line.

And the courts have been consistent in their approach. Unless there are bad  faith reasons for the other shareholders to find the difficult resident  objectionable—if your neighbors vote you off the island, so to speak, off the island you go.

Fortunately, most conflicts don’t get that far. But difficult residents will always be something boards must  contend with.

“Every building has at least one crazy resident, or difficult resident to deal  with,” Cohen says. “But no two are the same.”

Greg Olear is a freelance writer, novelist, and a frequent contributor to The Cooperator.