Do not show again [X]
By Greg Olear   2015 September Management 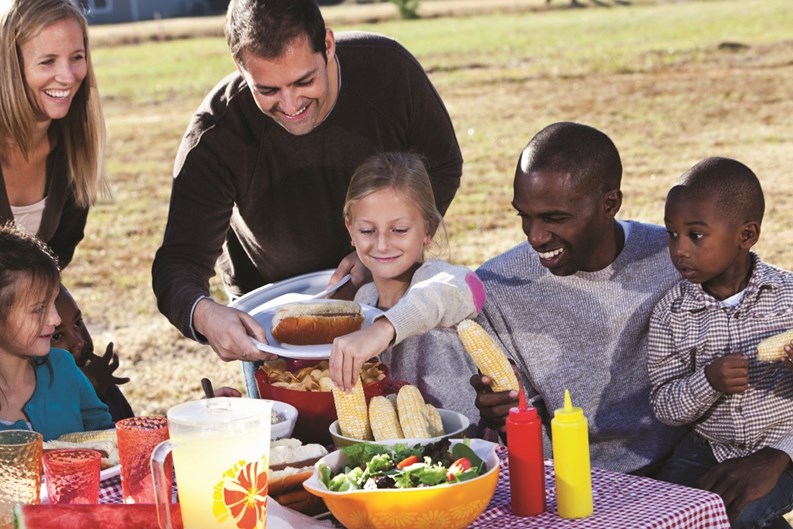 While high-rise residential buildings put many people and families in very close proximity to one another, living side-by-side doesn’t automatically turn a group of people into a community—sometimes it even has the opposite effect.

Lives are busy and schedules are hectic, and the last thing many people want to do when they’re at home is to go socialize with their neighbors. Building a sense of community in a building or HOA is valuable, however, it creates a network of communication and support among building residents, and ultimately improves the quality of life within the building community. Let’s take a look at the delicate balance between privacy and community.

There are something like eight and a half million people living in New York, an area of about 305 square miles. According to the 2014 census, the Metropolitan Statistical Area consists of over 20 million people, making the Big Apple by far the most densely populated place in the United States. With all those people piled on top of one another—literally, in the case of co-op and condo buildings—New Yorkers tend to regard their apartment units as sanctuaries from the tumult of urban life—a thousand or so square feet of precious space that insulates them from their 8,500,000 fellow citizens. What this means is that residents in city apartments, unlike others in the suburbs or exurbs, are less likely to depend on their neighbors as a social outlet.

“The typical New Yorker helps a neighbor in distress, but otherwise leaves them alone,” says Enid Hamelin of Bernstein Real Estate, a longtime board member in her building. This sort of baseline helpfulness could be seen in the city after 9/11, the electrical blackout of 2003, and Superstorm Sandy. “Most people don’t see one another on a social basis until the annual meeting or holiday party,” says Hamelin. “There’s no need to engage.”

David J. Amster, the president of Prime Locations Inc. in Yonkers, has also seen this happen. “It’s complacency—resident complacency,” he says. “People don’t want to be involved in the building.”

The attitude towards socializing with neighbors differs according to the size of the building. A resident could easily lose himself or herself in a high-rise apartment complex with hundreds of units; in a small townhouse, hiding is not so easy.

“I live in a four-unit co-op, and so everyone knows each other very well,” says Michael Strange, who works in financial services and lives in a Brooklyn townhouse. While this undoubtedly has its benefits—less red tape, more communication—it is not without its pratfalls. “This level of intimacy is not always warm and fuzzy and can lead to co-op issues and disagreements becoming personal, thereby making it difficult to run the co-op efficiently as a corporation.”

This can happen in a large building too, of course, although the fewer number of residents in a small community means that everyone necessarily must be involved, whether they like it or not.  “Additionally, as these situations arise and are taken personally, alliances that may form between certain units can be much more powerful in a small building,” Strange notes, “given the small number of total votes that can sway decisions one way or the other.”

Residents don’t have to like one another, but they do have to get along for it all to work. The essence of cooperative housing, after all, is cooperation. Actively fostering a strong sense of building community can help smooth the rough edges.

“One of the things that happens in good communities is that people work together to make the building better. Building community cuts down on some of the day-to-day neighbor problems,” Amster says. “Noise complaints are inevitable with that type of living but if you know who your neighbor is, it lessens the blow. Otherwise it can turn into as escalating situation where people are shouting and banging on the walls.” In other words, you’re more likely to behave civilly towards a neighbor you know a little bit, even if this neighbor is not someone you’d invite to your kid’s wedding.

If not, the opposite can occur. “With a lack of community sense,” he continues, “individual unit owners will be more likely to act selfishly and without thought for the good of the overall building or association, even when the greater good is also beneficial to the individual units. Rather than thinking about what’s best for the building or the building’s value, the people in the individual units may be more likely to begin to default, vote, or lean toward whatever decisions or options are best for only them individually.”

Then there is the quality-of-life aspect. If the people who live in a building make up the character of that building, buying into the building is a sign that you want to be part of the general vibe of the place. Who would purchase a unit in a building filled with people they didn’t care for? Knowing your neighbors is, in fact, one of the benefits of owning an apartment unit, be it a condo or a co-op. There are many reasons to buy, but one is surely to live a less transient lifestyle. “If you don’t know who your neighbors are, it becomes more like a rental building than a co-op or condo,” Amster says.

But how to develop a better sense of community? It’s not a tangible thing, so it’s hard to pin down exactly. But it follows that the more you engage with your neighbors, the more potential community has to develop.

“Have meetings—not just the annual meeting—with the residents and shareholders and condo owners,” Amster suggests. Being privy to the goings-on about the building, even for something relatively tame, can be inspiring. Residents tend to leave such meetings feeling better about their building communities. “It creates a sense that’s not ‘them versus us.’”

“We had a potluck in May,” Hamelin recalls. This was done just as an excuse to get residents to spend time together, and thus engender a better sense of community. It worked—although it’s important to build momentum. One potluck does not an engaged community make. Start with that, and have another low-key event two months later, she suggests.

One of the wonders of our age is that communities need not be confined to the physical. Residents can interact on the Internet without meeting each other frequently in real-time. Buildings can have private Facebook groups, for example, that only restrict membership to residents. Hamelin recommends establishing a good communication system. Social media can work well for this, or you can use BuildingLink or MyPage. “It allows you to communicate with the managing agent, allows you to get information and pay bills, allows you to use the bulletin board,” she says. Anyone who has spent a little time on Facebook (note: this writer is guilty) knows that it’s easy to develop “friendships” with people who live far away, and whom you barely know in real life. Those relationships often do translate into real life, however. Thus a cordial friendship on Facebook most likely translates to a real amity in the lobby or at the holiday party.

More than anything, though, developing a community starts with a leader. Communities must be organized. “In my experience, there are particular people who take on the responsibility,” Hamelin explains. “You need a leader who wants to do that.”

And the person doing the organizing has to be someone other people want to engage with. In the film Ghostbusters, Rick Moranis’s dull accountant throws a bash at his lovely apartment, and while it is well attended, no one seems to want to be there; if Bill Murray’s rogue scientist had the same party, one suspects most of the building would have happily attended. Bottom line: if Bill Murray lives in your building, make him sit on the social committee.

The need for developing these communities is growing at the moment. After a sluggish half-decade, the real estate market is starting to heat up, meaning more apartments are changing hands—and more people are moving into different buildings. “The last year or two, there's been a big upsurge in sales. There’s a lot of new unit owners. It’s nice to sit down and meet the new neighbors,” Amster says. “You have to live with your neighbors. Better to know who they are.”