Do not show again [X]
By Raanan Geberer   2009 August Insurance 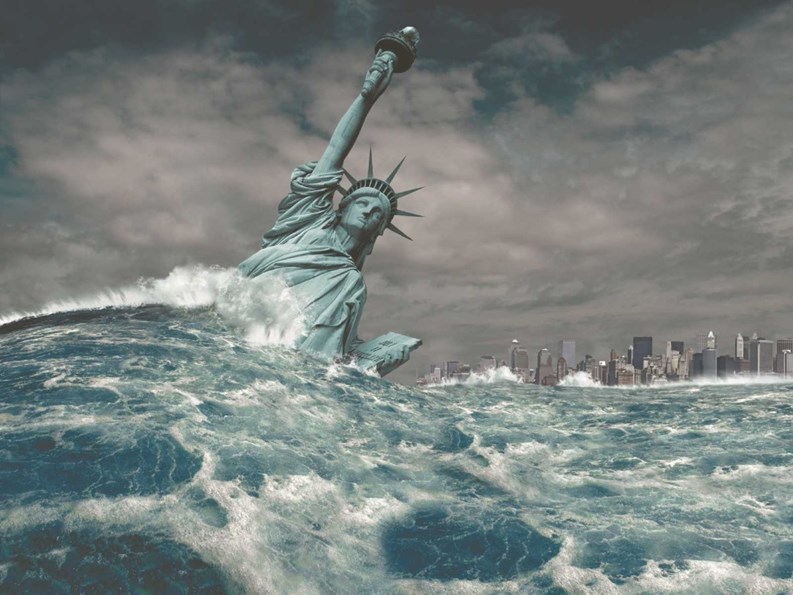 Just because most buildings have similar policies covering the basics doesn’t mean that’s all there is to be had in the way of coverage, however. There’s directors’ and officers’, or “D&O” insurance, which protects board members if they are sued in connection with  their actions or decisions on behalf of the building. And nowadays, more and  more boards and associations—not just lenders—require that the shareholders or condo owners carry their own homeowners’ insurance to protect their individual units.

Other types of insurance for co-ops and condo units can include coverage for  sewer backups, natural disasters, employee thefts and even changes in municipal  rules and regulations. Those are just a few of the more specialized types of  insurance available that non-insurance professionals—including board members and managers—may not be familiar with. This article will take a look at some of these types  of insurance.

To begin with, in today’s world of both residential and commercial buildings, “green” is the new byword (in the past, such buildings were merely called “energy-efficient.”) Insurance underwriters are jumping aboard the trend and offering several types  of “green” coverage to multifamily buildings.

One, says Tim Earhart, vice president of Chubb Group of Insurance Companies,  entails replacing a green building that has been destroyed by fire or other  catastrophe with another green building—or replacing damaged portions of the building with equivalent environmentally  advanced features. The second type pays to replace a damaged “regular” building with a green building, or upgrade a destroyed building’s green status (for example, from LEED Silver to LEED Gold) after a disaster.

In the first case, among other things, the loss payment provisions should  include the cost of complying with green building ordinances or laws, and the  policy should cover such items as solar panels, geothermal systems, wind  turbines and rainwater storage. Chubb also can reimburse policyholders for a  cost of hiring a LEED-accredited professional to help in the redesign and  reconstruction of the building.

Replacing an older building with a green one, or damaged portions of an older  building with green installations, can be covered by special insurance as well.  However, there may be limitations with offering upgrade coverage for buildings  whose electrical and mechanical systems are considered obsolete, that have  building management issues, and for those that are landmarks or are located in  landmark districts.

Eileen Clinton, vice president of risk management for Brown & Brown in Syracuse, says green insurance usually entails “taking a traditional property form and adding enhancements, by a broker who  understands what green is all about. In a nutshell, it’s a property program.”

For example, she says, “If you provide on-site renewable energy and [the building] has a panel that  causes it to go out, the policy enhancement would provide for the development’s connection to the utility grid for a period of time” while repairs are conducted.

Two companies in particular are aiming for that niche. Fireman’s Fund Insurance Company (a division of Allianz) and Lexington Insurance Company  (a division of AIG) are among the first companies today to address that segment  of the market they most clearly control: replacement from a loss. In a limited  roll-out with hopes of being nationwide by the end of the year, the policy  allows for the rebuilding of a building to higher environmental standards after  a partial or total loss. Fireman’s Fund will pay to upgrade the building to LEED-certified status by hiring a  LEED-certified professional, as well as upgrading building materials and  systems, such as upgrading to Energy Star appliances, roofing, plumbing and  heating and cooling systems.

Lexington’s program provides many of the same features, but uses Energy Star and Green  Seal as its benchmarking tool. By committing to upgrading the building these  insurers recognize the importance of green building to the environment and to  the risk-assessment and value of the property.

By the way, not all that is green is necessarily good. According to Joe Ross of  Century Coverage Corporation in Valley Stream, “What is being discussed in insurance circles is that ‘going green’ in a building might cause an increased environmental hazard due to the  accumulation or sudden release of gasses within or outside the property because  of the tight seal created by a green roof.”

Another area of specialized insurance that boards might take a look at is that  of separate policies for major pieces of building equipment, whether this  includes a boiler, HVAC system or other types of machinery, such as the motors  used in swimming-pool pumps. All kinds of malfunctions can afflict these items,  from explosions in boilers, engines or piping to a breakdown in a building’s central air conditioning system.

The traditional term for the type of a policy covering physical plant elements  was “B&M,” or boiler and machinery insurance. However this is a misnomer—these policies can cover any type of equipment, from HVAC systems to electrical  control panels to security systems. In fact, such contracts today are often  known as equipment breakdown contracts.

Nowadays, says Ross, a separate B&M policy can be written for a property, but these items can also be included in  a typical property policy for a condo or co-op development.

Clinton adds that while HVAC is included in a regular property policy, separate  policies for boilers are still written because as pressurized vessels, boilers  are more potentially dangerous than other building equipment.

In a coastal area such as ours—and especially in the age of global warming—flood coverage is another important type of insurance to consider. Given New  York City’s proximity to large bodies of water makes it ever more conceivable that New  York could be flooded or suffer damage from a severe hurricane.

Many readers will doubtless remember the controversy that ensued in 2006 when  Allstate decided that Downstate New York was a catastrophe-prone area and  announced it would not write new policies for single-family homes here. The  city’s Office of Emergency Management (OEM) publishes a “hurricane evacuation map” online, and among the areas it shows as being most vulnerable to hurricanes and  floods are Coney Island, Far Rockaway, the Staten Island coastline, JFK  Airport, Randall’s Island, and even some parts of Lower Manhattan. (Much of which was, after all,  created from landfill.)

Hurricanes and floods, says Ross, are each dealt with somewhat differently in  the eyes of insurers. Water damage resulting from hurricanes, he says, would be  covered by most basic property damages under the category of “windstorm”—even though the water itself may be what causes the damage. Some policies may  exclude coverage for hurricanes of more than a specific strength, requiring  buildings to pay a stiff premium for additional coverage.

On the other hand, says Ross, the term “flood” insurance parlance refers to damages caused by the “rising of navigable waters.” In the New York area, he says, most carriers issue a limit of $1 or $2 million,  with more coverage being prohibitively expensive. That being said, “I recommend the purchase of whatever flood coverage the carrier offers,” he says. Often, flood coverage is bundled with earthquake coverage in what the  industry calls “flake” (flood and quake).

According to some professionals, flood insurance can also include the backup of  sewers and drains, which we touched on earlier, or even water overflowing a  basement. Anyone who has struggled against the tide of mold and mildew in a  recently flooded basement can immediately see why it is so important.

And although flood insurance can be purchased through your local insurance  professional, the underwriting itself is provided by the National Flood  Insurance Program, an arm of the Office of Emergency Management. The program  dates from the late 1960s, and was founded to provide homeowners a more  affordable alternative to expensive disaster insurance. Before the NFIP was  founded, insurance coverage for flood losses was not provided by any private  insurance carriers

One problem may ensue when condo or co-op boards (and/or their lenders) require  not just the building itself, but each individual unit owner to carry flood  coverage. F. Michael Conte, a partner at Honig Conte Porrino Insurance Agency and a member of the Professional Insurance Agents of New York New  York City’s advisory council, says one of the most frustrating things “is trying to explain this to an owner on the 25th floor.”

Other Types of Insurance

Finally, there are other types of specialty insurance that boards may want to  know about.

One area of concern for the future, says Conte, is that of Internet privacy  claims. “Today, more buildings are becoming web-based; this opens the door to privacy  issues as well as suits being brought for libel due to posted comments that may  or not be true.”

Clinton also mentions liability for personal information that prospective buyers  may give on their applications, such as Social Security numbers, that could  then be sabotaged. “A lot of people don’t realize how prevalent that is,” she says.

Also, she says, “Pollution liability for mold and other issues is the a number-one cause of  litigation in condos. When there is water intrusion, many [board members or  managers] don’t know how to clean it up, and don’t do it the right way. Then they sue the condo owner and everybody else.”

The list of supplementary and specialty insurance options doesn’t end there. In addition to D&O, which we mentioned earlier, Michael Schraer, also with Chubb, lists a few  more:

Realty tax assessment, which reimburses the value of increased taxes resulting  from construction repair or rebuilding.

There are obviously many types of insurance out there—some of which might be of inestimable value to your co-op or condo, some of  which might be redundant, or entirely unnecessary, depending on your risks and  exposures. The best way to decide what your building needs is to confer with a  trusted insurance professional—and that, combined with a proactive, committed board/ management team, is the  best insurance policy of all.