Do not show again [X]
By Keith Loria   2010 June Neighborhoods 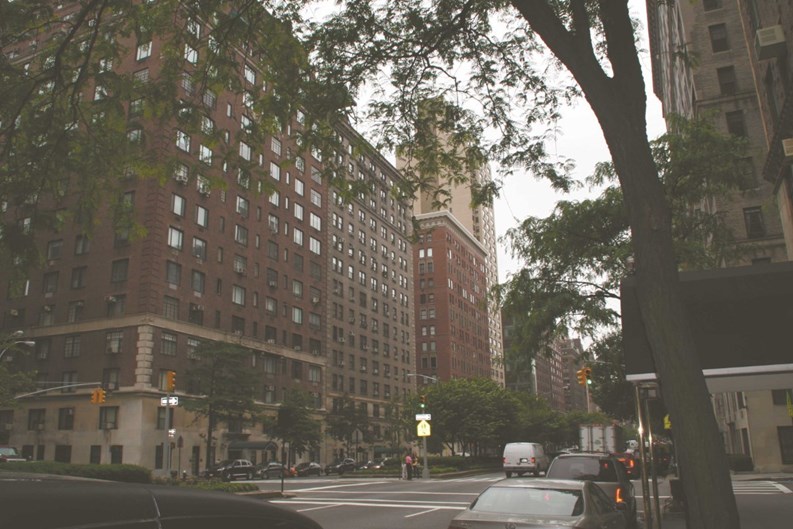 For people interested in historic architecture and a family-friendly atmosphere,  the neighborhood commonly called Carnegie Hill is one of the most desired  locales in Manhattan.

Carnegie Hill effectively forms a village within the Upper East Side that  extends from 86th to 96th streets between Central Park and Third Avenue and up  to 98th Street from Fifth to Park avenues. It may not have the the  too-cool-for-its-own-good aura of downtown, but “The area definitely has a powerful draw,” says Rob Sanderson, who has lived in three different Carnegie Hill buildings  over the course of his 55 years. “There are certain people who love the culture, and it’s just a great community. It’s completely charming.”

Ever since Andrew Carnegie moved into 2 East 91st Street at the turn of the 20th  century, the area that bears his name has been one of the most prestigious in  the city among old-money types such as the Astors and Vanderbilts, who followed  his lead and dotted the neighborhood with stately mansions.

But it was Carnegie who was the trendsetter for the elegant townhouses being  built after the wealthy began to pour into the area. The second part of the  name—the Hill—comes from original settlers, the Wickquasgeck Indians, who called the area  Manahatta, meaning “hilly island.” Today the area of Carnegie Hill retains its designation principally in homage  to the land before it that has long since been flattened by development.

“We like to think that people are attracted to the historic character of this  neighborhood, because in the period when mansions were being built, the late  1800s, Andrew Carnegie chose to live here and that made it fashionable to live  here,” says Lo van der Valk, president of Carnegie Hill Neighbors, which was organized  in 1970 to preserve the historic architecture in the neighborhood and protect  it from high-rise construction. “You can read excerpts in the paper that say a lot of wealthy people thought he  was crazy; the streets weren’t even paved yet, but he felt confident that this was a nice neighborhood to  live.”

Although Carnegie Hill received its name early in the 20th century, what is  known about the area stretches back several centuries. The Carnegie Hill  Neighbors offers a rich history on their website and explains how the area was  settled and the years leading up to Carnegie’s move into the area.

According to van der Valk, originally the area was dotted with dwellings made of  bent trees, the homes of the Wickquasgeck Indians. Those gave way in the  mid-17th century to Dutch farmland, which was divided and sold in parcels  beginning in the 1800s when the erection of private wooden houses signaled the  beginning of the community we know today.

Four of those wooden dwellings are preserved in Carnegie Hill, surrounded by the  more permanent structures that followed, including survivors from the age of  row houses in styles ranging from Neo-Grec to Renaissance Revival and many  early 20th century mansions.

When the Dutch purchased Manhattan Island, the land near the East River—which is considered part of Carnegie Hill now—it was thought of as an ideal farming locale, since the curve of the East River  protected the land from the intense cold and wind during the winter, and the  land itself was relatively flat and easy to cultivate.

The area was one giant piece of farmland in 1677—stretching from 82nd Street to about 94th Street, and from Harlem Commons (what  is now Fifth Avenue) to the East River—when it was owned by Peter Van Ogliensis. It was called Waldron Farm in the  early 1700s, but In 1811, when Carnegie Hill was still very much farmland, the  city commissioners began a long-term plan to develop Manhattan above 14th  Street in a rectangular grid.

Among the earliest large private residences in Carnegie Hill were those built  for brewers whose businesses were nearby. George Ehret, who by 1877 owned the  largest brewing business in the United States, built a house on the southeast  corner of Park Avenue and 94th Street in 1879. He was followed by Jacob  Ruppert, whose mansion on an open lot at Fifth Avenue and 93rd Street was an  isolated structure surrounded by small farms when it was built in 1881.

Many of these grand homes are still standing, though most have been repurposed  since their original incarnation as private residences. “What happened over the years is that these mansions became institutions, either  schools or museums,” van der Valk says. “They weren’t largely developed for residential or towers. Thankfully the mansions were  landmarked and we have about 25 great mansions here; some are groups or row  houses, but mostly mansions. When they became landmarks, it gave the  neighborhood a great deal of stability.”

In the late 1890s, row houses become popular in the area. The Carnegie Hill row  houses represent many of the new styles popular for residential architecture in  New York City during the last decades of the 19th century: Neo-Grec, Queen  Anne, Romanesque Revival, and Neo-Renaissance.

The luxury apartment building first began to appear shortly after the Carnegie  mansion and burgeoned after World War I. By 1935, most families traded in their  homes for luxury flats. While the first construction was on Fifth Avenue,  elevator buildings soon appeared, and were fashionable on Park Avenue.

According to Carnegie Hill Neighbors, there were a number of notable buildings  in Carnegie Hill in the late 19th century, with names as quaint and evocative  as anything out of a Dickens novel: the New York Magdalen Asylum at Fifth  Avenue and 88th Street; St. Luke’s Home for Indigent Christian Females at Madison Avenue and 89th Street; and the  New York Christian Home for Intemperate Men on 86th Street between Madison and  Park Avenues.

State of the Market

Carnegie Hill is home to a great many co-ops and condos. Most of the buildings  that are co-ops were prewar buildings that were converted into co-ops later on,  while as in most other neighborhoods, the newer developments in the area are  almost exclusively condos.

Despite its charm and historical cachet, local real estate agents say they saw  significant declines in sales over the past two years, but things seem to be  coming back a bit these days.

“It’s definitely better than what it was a year ago when nothing was moving,” says Matthew Berkson, president/senior associate broker with The Berkson Group.  “Now, there’s a pulse to the market and things are looking up and there’s more of a balance between owners and buyers. It’s encouraging.”

As of mid-April, there were 41 two-bedroom co-ops on the market in Carnegie  Hill, with most falling into $800,000 to $2 million range, with a few outliers  priced much higher because of their proximity to the park, their sheer size, or  luxury amenities. Seven two-bedroom condos were on the market during that same  time, with six of those asking between $1.4 and $2.5 million. The exception is  a penthouse on Park Avenue, which is priced north of $7 million.

Phrases such as “prewar classic and “prewar sprawler” dominate the listings, as agents appeal to prospective buyers’ desire to be in the historic homes.

“There are significantly fewer condos on the market,” Berkson says. “What happened in the last year and a half is you have a ton of inventory hit the  market. A year ago nothing was selling. I would say pricing is up a drop, but  it’s finally moving after coming down a lot.” Looking at the state of pricing, Berkson offers this formula: “In 2003, prices were at ‘X’. Then, at the high point in 2007, they were 2 times ‘X.’ Then they dropped down, but it’s still higher than it was in 2003.”

More than 10,000 families live in the Carnegie Hill area and it’s a diverse neighborhood that is known for its great schools. “I don’t think it differs that much from the rest of the Upper East Side,” says van der Valk. “Family-oriented is a big deal. There’s a lot of people with children and that’s because there are great schools here. We see a lot of parents walk their kids  to school.”

Berkson agrees. When people come to buy a condo or co-op, they quickly think of  Carnegie Hill because of its proximity to the Park, the subways and the  schools. “Carnegie Hill has a real community feel with great restaurants, some really  beautiful classic prewar buildings in a diverse neighborhood,” he says. “A 30-year resident who owns a building on 96th recently told me, ‘The area has really grown up a lot.’ He has seen it grow into a great place to live.”

Carnegie Hill is thought to be more of a quieter neighborhood than some other  areas of Manhattan, and prices for condos and co-ops remain less than downtown,  but the gaps are narrowing.

“Remember, this was not a desirable neighborhood for people coming to New York in  the late 1970s, as there was a lot of crime above 86th Street, but those on  Park Avenue saw the value of living in this community,” van der Valk says. “Carnegie Hill retains a small town character. Now if you look on Madison Avenue,  there’s a lot of upscale stores, but still a lot of regular stores. It’s not as commercial in the 60s and 70s. It does reflect a quieter neighborhood  character.”

Keith Loria is a freelance writer, reporter and a frequent contributor to The Cooperator.