Do not show again [X]
By K Valada   2017 November Maintenance 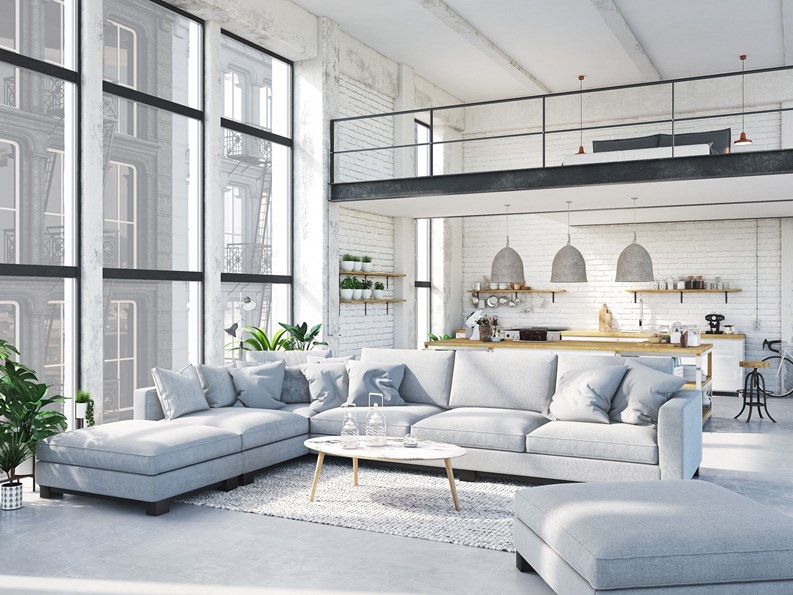 Take an architectural tour of just about any major U.S. city, and you’ll get a sense of how trends and tastes in building materials have changed over time.  Limestone, brownstone, brick, and terracotta were the earthy materials of choice during the first half of the 20th century, with glass being used almost exclusively as windows or skylights. As time went on, fashions changed, and craftspeople who specialized in creating the ornate hand-carving, casting, and other structural and decorative elements of older architectural styles began to fade from prominence. Aesthetic preferences, as well as advances in material engineering, made glass and steel the exterior building materials of choice in most new construction. Along with the obvious allure of light-filled interiors and stunning views as selling points in many city and coastal environments, exterior glass is durable, economical, and incredibly versatile – but it also has unique considerations in terms of upkeep and maintenance.

Why Glass? Enjoying the View

While it may not have been as ubiquitous then as it is now, exterior glass has been a key element in architectural stunners for centuries. The popularity of Victorian greenhouses and conservatories led many late 19th-century architects to feature glass as a dominant structural component. For example, San Francisco’s Conservatory of Flowers located in Golden Gate Park opened to the public in 1879, and features iron-and-glass construction innovations that were state-of-the art at the time.

Architectural glass exteriors would take on a much bigger role in the landscapes of 20th-century urban American architecture – both commercial and residential. To name just one example, Mies van der Rohe completed his Lake Shore Drive apartments in Chicago in 1951, which remain a manifestation of the architect’s signature glass-and-steel construction.

“Glass skins on buildings began in the 1950s, with buildings such as the United Nations, Lever House, and Seagrams,” says Michael Lentin, owner and president of CitiQuiet Windows in Long Island City, “but it wasn’t until the 1980s when we started to see more buildings designed with glass skins. Now, as you know, glass has experienced exponential growth.”

Why did glass rise to the popularity we see today? Lentin says that initially, “It was more about aesthetics than cost. Coming out of the ’70s, glass allowed light, openness, and a curb appeal – more so than concrete and windows.”

Growing Beyond the Window

Aside from appearance and transparency, architectural glass is a surprisingly versatile and desirable residential exterior material that has little in common with the traditional framed window found in postwar brownstone and two-flat, earthy construction. Architectural glass is obviously thicker than a traditional window, but it also has several features that make the large, full-wall pieces comply with safety ratings.

“While we cannot ascertain that glass has overtaken other building materials, it’s easy to see the unique benefits, such as daylighting and views, that glass can bring to areas dominated by tall buildings and skyscrapers,” says Steven Jayson, owner of architectural glass manufacturer Bendheim, with offices in lower Manhattan and Passaic, New Jersey. Jayson adds that the evolution of the architectural glass industry can be credited with the increased use of glass in buildings.

“The glass manufacturing process has been designed to conserve resources and allow for cost-effective production,” he says. “There’s also the development of energy-efficient glass products, including thermal coatings and insulated glass wall systems; and of course the incredible decorative glass options that can introduce a unique, customizable aesthetic.”

The aforementioned options include etched patterns, textures, decorative interlayers, colors and more. One glass type can be laminated with another for strength, or just to create a completely new look. “[Glass] can be combined with a decorative interlayer such as fabric, or wooden veneers,” says Jayson. “It can be insulated, tempered, bent, color-coated in a standard or custom shade, or acid-etched with a decorative pattern. There are hardly any limitations to customizing architectural glass. Thermal performance coatings such as channel glass Low-E, azure, and bronze coatings are interesting because they simultaneously provide energy efficiency and attractive visual effects.”

Windows can also be tinted almost any color, or have a partially or completely reflective coating. “Architects sometimes use the tinted coatings to hide irregular interiors (curtains, blinds, etc.) so that the building exterior can appear more harmonious,” says Douglas J. Lister, an architect based in New York City. “Solid ceramic or painted coatings can also be applied to glass. These coatings can create patterns on the buildings and give added privacy to occupants.”

Jayson explains that another reason glass has become so popular is because of its daylighting properties—so important in a city where buildings can be mere feet away from each other, and high-rises loom over shorter buildings, often blocking out the sun.

“The see-through quality of glass allows daylight and opens up spaces, reducing the need for artificial lighting and thus conserving energy,” says Jayson. “Naturally day-lit spaces have also been proven to create a better work and living environment.”

“In order to allow for large spans of glass from floor to ceiling with minimal obstruction of steel or concrete, architectural glass is toughened, laminated, and or tempered,” says Lentin. “Additionally, [curtain]  wall glazing needs to be safety glass. These features give it that safety rating.” And customizing the glass for a particular architect’s vision and increasing qualities like durability and energy efficiency can come in the form of specific treatments and finishes.

When designing an all-glass residential building, there are several concerns that architects take into account that are specific to glass as an exterior construction material. A glass dominant façade will lead to the need to compensate in other areas of the building system in order to balance out the overall costs to resources. “If you’re following New York City energy code limits, the amount of glass you can have on your building is no more than 40 percent of the exterior,” says Christa Waring, principal at CTA Architects P.C., in Manhattan. “The building is viewed as a complete system, so if your façade has more than 40 percent glass coverage, the efficiency would have to be compensated in other ways, predominantly in the heating and cooling systems chosen to balance the building.”

In addition to material variance, glass has some size limitations as well, Lentin says. “Glass has limitations in terms of how large a single panel of glass can span, as well as how thick and heavy the panel of glass will need to be to span that distance.” These limitations do not, however, seem to translate into a longevity issue. “Lifespan appears to be the same as other building materials,” says Lentin, which is a helpful selling point when a buyer shows an aesthetic preference to a glass dominant high-rise. A potential buyer can weigh the options of the potential property investment on a more maintenance-based level. According to Lentin, “Water penetration, wind deflection, glass failure, and glass discoloration are some façade-related problems that are unique to glass buildings.”

K. Valada is a freelance writer and regular contributor to The Cooperator.