Do not show again [X]
By Greg Olear   2016 March Maintenance 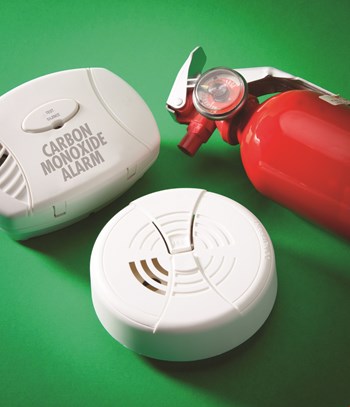 There are certain perils—fires, major weather events, and so forth—that announce themselves clearly; others are more subtle, if no less hazardous. Things like gas leaks, electrical shorts and surges, and water leaks may not be as dramatic as a hurricane or nor’easter, but the damage they can cause can be staggeringly expensive. Let’s look at how residents, managers and building staff can recognize the signs of these utility-related hazards, and what they should do when they encounter them.

Along with the subway tunnels, water mains, and electrical cables, lurking beneath the city streets are some of the nation’s oldest gas lines. Periodically, these gas lines leak, and sometimes explode—as happened most notably and tragically on Second Avenue in the East Village in the spring of 2015. These lines comprise hundreds of miles worth of pipes—and that’s just the lines that Con Ed knows about—not the illegal link-ups that likely exist all around the city, and which the New York Post reported as the cause of the East Village blast.

Because of the preponderance of gas mains, and their relatively old age—the average age of a main in New York City is 56 years—any main could leak at any time. Indeed, according to the Pipeline & Hazardous Materials Safety Commission, New York is the fourth-ranked American city in total number of gas leaks since 1984, and Con Edison is the third most leaky gas company in the country from 2009-2013.

To be fair, these statistics do not take into account the sheer size and scope of the network of gas lines beneath the city streets. Con Ed operates one of the most complex electric power systems in the world, and also distributes natural gas to 1.1 million customers in Manhattan, the Bronx, Queens, and Westchester County, making it one of the largest gas distribution companies in the United States. With so much gas traversing the network of pipes, some leakage is inevitable. The trick is what to do when leaks occur to minimize any potential hazards.

“Con Edison last year began an aggressive public outreach campaign called ‘Smell Gas, Act Fast’ to urge people to immediately leave the area and call 911 or their utility if they suspect they may smell gas,” which smells like rotten eggs, says Joy Faber, a media relations spokesperson for Con Ed. “We also launched a public online map (www.coned.com/gasmap) showing current street gas leaks that have been made safe, and are under repair or being monitored.”

The company is aggressively working to improve its record on leaks, and is committed to safety. “At Con Edison, in addition to operational maintenance, over the next five years, we plan to invest approximately $1.3 billion on gas main replacement across our entire service area,” Faber says. That’s billion, with a 'b.'

Not all gas leaks originate underground. Gas is used to power certain appliances, which raises the possibility of a leak right under your nose - literally.

“Gas leaks can result from faulty appliances, improper appliance installation or removal, and poor appliance maintenance,” explains Elisheva Zakheim, a press officer with the New York City Fire Department (FDNY). “Appliances should be regularly maintained by licensed professionals, and residents of multiple family dwellings should always consult with management before adjusting stoves (and utilize a licensed professional to do so).”

To reiterate, gas is not something to trifle with. You know the 'If you see something, say something' subway posters? With gas, if you smell something, say something. It’s always better to report it than to ignore it. A bad gas leak could result in an explosion that could not only destroy an apartment unit, but an entire building. This need for vigilance is why, when you call the power company, the very first prompt you hear asks whether you need to report a gas leak.

According to National Grid, an international electricity and gas company and one of the largest investor-owned energy companies in the world, if you smell gas in your co-op or condo, "Don't light a match or smoke, don't turn appliances on or off (including flashlights), and don't use a telephone or start a car.” Any of those seemingly-benign actions could create a spark—and that's all it takes to touch off an explosion.

“To stress once again, call 911 or your local utility if you suspect that you smell gas,” Faber says. “No one should assume that someone else will call. For everyone’s protection, leave the area and make that call.”

Not quite as devastating as gas leaks, but still fraught with potential danger, are electrical shorts and surges. An electrical fire can rip through an apartment unit, or an entire building, in no time, and are among the more difficult fires to put out.

Unlike gas leaks, which can operate below the ground, far removed from the influence of residents, electrical shorts are more frequently caused by the work of people living in the building. This makes them easier to prevent.

Everybody knows a guy, or knows a guy who knows a guy, who is really good at installing appliances and wiring electrical outlets. While guys like that may very well be terrific at what they do, they may not be up on the various safety measures and building codes designed to keep people and property safe. It's one thing to have a lamp or a box fan get fried because of incompetent wiring; quite another to put an entire floor—or an entire building—at risk of fire or power outage just because you wanted to save a couple of bucks. There are some things in life you shouldn’t scrimp on; this is one of them.

Do you have power strips or surge protectors in your apartment? Most of us do. How old are they? If you’re like most people, you still own and use power strips purchased during the Dinkins administration. This is not a good idea. Make sure the equipment you use is up-to-date and industry approved. “Only utilize Underwriters Laboratory-approved products in your home,” Zakheim says. That means the plugs and switches bearing the “UL” insignia. By doing this you can ensure that your plugs and switches have been thoroughly tested and vetted—Underwriters Laboratories being one of several companies approved to perform safety testing by the Occupational Safety and Health Administration (OSHA).

Also not a good idea: extension cords. Fine for alarm clocks and the occasional lamp, but they should be used sparingly, and avoided whenever possible. Put simply, “All appliances should be plugged directly into a wall outlet,” Zakheim says.

Water may not cause large scale damage as quickly as fire, but over time it is potentially even more devastating. Remember, it’s water, not fire, that over the course of time can bore holes in the mountain ranges where rivers flow. Leaks in multifamily buildings can erode masonry, rot wood, crumble drywall, and corrode metal. It can also cause mold to proliferate, which has been linked to an unpleasant array of health issues for residents.

Happily, water leaks tend to reveal themselves quickly, and damage is often mitigated by turning off the local water supply until repair can take place. Unhappily, water leaks tend to rain into the apartment or condo units below their source, which can have a deleterious effect on neighbor relations. If the telltale signs of a leak—damp spots, staining, softening or sagging drywall, and obviously actively dripping water—show up in a unit or common area, it's crucial that the situation be reported to management or building maintenance staff immediately. The faster the source of the leak is identified and neutralized, the less chance there is for long-term or serious damage.

According to National Grid, “Carbon monoxide (CO) is an invisible, odorless gas that can be deadly if left undetected. When fuels such as natural gas, butane, propane, wood, coal, heating oil, kerosene, and gasoline don’t burn completely, they can release carbon monoxide into the air.”

CO leaks are especially dangerous because the gas is odorless. You have a leak, you don’t realize it, you go to sleep, and you never wake up. For this reason, installing and maintaining high-quality, functional CO detectors is a must.

Carbon monoxide poisoning can kill you. It can also in smaller doses, make you really sick. The symptoms of CO exposure, National Grid explains, are akin to the flu, and include “headaches, weakness, confusion, chest tightness, skin redness, dizziness, nausea, sleepiness, fluttering of the heart or loss of muscle control.”

According to the DOB,  as of November 2004, it is required for nearly every house and apartment in New York City to have a carbon monoxide detector installed. This includes one and two-family dwellings. The only exceptions are for houses and buildings that do not have a furnace, boiler, and/or water heater that burns fossil fuel (gas, oil or coal), and do not have other potential CO sources such as fireplaces, enclosed parking, or commercial ranges. For more information, see Department of Buildings Rules 1 RCNY § 28-02.  In co-ops and condos, the law holds holds building or unit owners responsible for the installation and upkeep of CO detectors.

These sort of perils can involve everyone who lives in the building. Whether an extreme situation, like a gas main explosion, or a more controlled one, like a leaky sink raining into the apartment below, residents of shared spaces like co-ops and condos also share in the dangers. It is part and parcel of living in residential housing to be vigilant—for you, your family, and your neighbors.