Several years ago, before relocating to Westchester County, I served as board president at my 112-unit co-op building in Manhattan. Like most co-ops, we had a history of occasional disputes between tenants and among board members. But, by using the subtle art of mediation, we were able to resolve these invariable disagreements to the satisfaction of all involved.

A classic dispute that occurred while I was board president involved late night stereo playing. These complaints, which began as hallway skirmishes, soon were directed to the managing agent, who sent the usual letter citing the house rules regarding noise. Not surprisingly, nothing happened. In fact, the music aficionado soon went so far as to contact a City Council member and threaten a bias suit against the co-op. Meanwhile, the light sleeper (after verbally threatening his neighbor) contacted the police and prepared to file an unwarranted harassment suit. Clearly, things were getting out of hand.

As board president, I decided this dispute would best be dealt with personally, so I asked both parties if they would meet with me to see if we couldn't diffuse the situation. The two neighbors were more than willingeach was eager to point out the other's misdeeds and to seek justice from the board. During our meeting I listened intently, letting each party speak his mind and elaborate on his side of the story. The complainant told of having to go to bed by 10:00 p.m. in order to be alert at an early-morning job. The respondent told of getting home late from work and winding down, as quietly as possible, until 1:00 a.m. I learned that the early riser had first complained about the stereo using the age-old method of pounding on the wall. Naturally, with this form of communication setting the tone, things had quickly devolved from there.

After listening to both sides, I asked to hear a demonstration of the noise levels. It turned out that the speakers in the respondent's apartment could be heard, through the wall, in the complainant's bedroom. Both agreed that, while the noise level inside the respondent's apartment was not unreasonable, the bedside boom was not conducive to sleeping. After clearly defining the problem, and examining the facts, I then asked each neighbor for suggestions. The final agreement included moving the speakers, keeping the stereo at a pre-determined level after 10:00 p.m., dropping all accusations of harassment, and pledging that any future complaints be made in person. This meant no more banging on the walls or snide remarks in the hallway. Finally, if all else failed, they agreed to sit down again with a board member before things got out of hand.

These neighbors never had any further problems. The meeting was so succesful because no one had been found to be in the wrong. Instead, I had helped the contentious parties examine the essence of the problemnoise versus sleepand to devise a mutually agreeable solution, rather than continuing to nurture what had become a personal vendetta. Though I did not know it then, I had just mediated a dispute.

'Cooperative' Does Not Guarantee 'Cooperation'

As any co-op dweller knows, this scenario is by no means unique. Living in a cooperative means living in close quarters, where everyone has an investment to protect, and where house rules ffb affect one's quality of life. Altercations between neighbors can be tough, but disputes among board members can be even tougher. Tensions can rise all too quickly when the board becomes involved in difficult issues between tenants, between shareholders and the board, or between members themselves. Sadly, the frequent outcome is that the wagons get pulled into a circle and discontent sets in.

Thus, life in a co-op requires constant conflict management. In my experience, most disagreements within a cooperative begin over a single, manageable issue that quickly escalates to intolerable levels, complete with character defamation. Conflicts escalate because residents aren't trained to deal with conflict resolution in a beneficial manner. Instead, New Yorkers often favor the in your face style. Or, they adopt the opposite (but equally unproductive) be quiet and bear a grudge tactic. The complain...be ignored....complain...be ignored school is also completely ineffectual, causing tensions to rise to the boiling point.

None of these prescriptions necessarily get results, or preserve neighborly relations. Instead, the outcome is more typically lost tempers, hurt feelings, awkward moments in the elevator and, in general, bad blood. Physical side effects such as quickened heart beat, upset stomach and even headache can accompany the mental stress of unresolved conflict. It's hard to believe, but only when a dispute reaches this unbearable stage does a call get made to the superintendent, who refers it to the managing agent, who passes it on to a board member, who mayor may notwish to become personally involved. Meanwhile, the weeks go by and the tension escalates.

Mediation is the Better Way

A better solution to cooperative conflict is mediation. In the three years that I have been practicing as a professional mediator I have mediated all kinds of co-op disputes: noise complaints, landlord versus tenant, neighborhood association versus vendors, employer versus employee, and contractor versus home owner. A trained, neutral mediator can help the individuals resolve their differences in a manner that is acceptable to all those concerned. The concept is to bring the disputants together voluntarily, and to discuss and negotiate the problem they are having. The mediator helps the parties explore the underlying issues of their disagreement, explore the options, and resolve the dispute.

A typical mediation starts with a phone call to the mediator from any interested party including the disputants themselves, a board member, the managing agent or even outside counsel. The mediator then contacts both disputants and explains the mediation process. Both parties are invited to meet with the mediator, either at the co-op building itself or at the mediator's office. The next step is to explain the process. This typically occurs at the first meeting, during which time the facilitator tells each party what to expect each step of the way. The rules are then defined so that the mediation process has structure. For example, participants are requested not to interrupt each other.

Both parties are then encouraged, in their turn, to air the grievance from their point of view. By carefully listening to each party, the mediator tries to determine the underlying cause of the conflict, something which may, in fact, not be readily apparent to either disputant. The mediator reframes the problem in a way that helps both parties understand what the issues are. In the next step, the disputants (not the mediator) are asked to propose solutions that might meet both their needs. Finally, if a settlement is reached, the mediator draws up a detailed agreement that specifies each party's obligations.

The Benefits Are Many

Research has shown that about 85 percent of mediations result in a signed agreement. These agreements, in the case of co-op disputes, are typically drawn up without court supervision, and are almost always honored by both parties. Mediation's success rests, in part, on the fact that the combatants themselves ffb came up with a self-imposed solution. Because they involved a piece of themselves in the crafting of the agreement, they are more likely to abide by its contents.

Mediation also has many other benefits. Emotional involvement is minimized, because the mediator helps diffuse the tension so that the parties can concentrate on the problem rather than on who's right or wrong. And, since mediation allows the parties themselves to arrive at an agreement, they own it. There are no bruised feelings because the solution hasn't been imposed by the board or management company. Mediation also minimizes the damage done to shareholder relationships. Since the parties will continue to have contact with each other, by virtue of living in the same building, continuing a civil relationship is of key importance. Having solved their problem together, it is more likely that they can maintain a cordial relationship, than if the solution was imposed upon them by fiat. And, mediation usually lasts about one to three hours, although it can be shorter or longer depending on the complexity of the case and the negotiation skills of the disputing parties. This quick and lasting solution contrasts sharply with alternate means of resolving differences, such as through the courts or unsupervised discussions.

The board of directors also benefits from speedier dispute resolution, and the ability to maintain its independence. It can be difficult for board members not to have strong opinions about the issue at hand. But, because the mediator has no vested interest, and thus is able to let the parties sort out their differences, there is a general sense of fairness and commitment. Each disputant knows that he or she will be heard, and they don't automatically view the board or the managing agent as either protectors or interlopers Dealing with conflict is not everyone's forte. Mediation also relieves board members of unnecessary stress. Rather than looking for ways to avoid the discomfort of conflict, the board can engage a trained mediator to deal with it. Mediation has also proven to be extremely cost effective and can save a co-op both time and money. A problem that goes unadvised can easily escalate. Lawsuits against a board of directors can, for both parties, be time consuming, expensive and generally frustrating. Mediation preempts problems from deteriorating to that level.

Presiding over a building with all the complexities of a small village can be very rewarding; but, when disputes erupt, board members must address the difficulty swiftly and decisively in order to avoid long-lasting disharmony in the community. Rather than avoiding conflict, co-op management can view it as an opportunity to bring people closer together and prevent future confrontations. By using the subtle art of mediation, disputes in co-ops and condos can be resolved quickly and effectively. 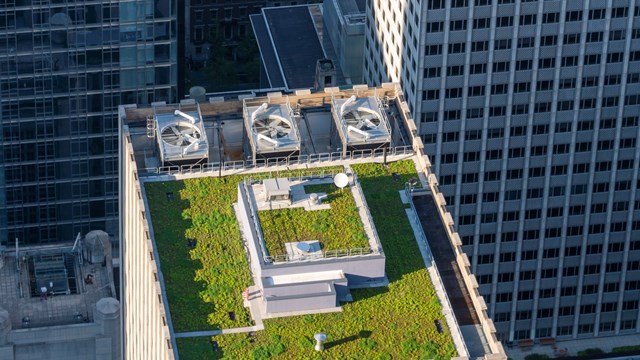 The Legislation Would Reportedly Affect Market-Rate Condos and Co-ops