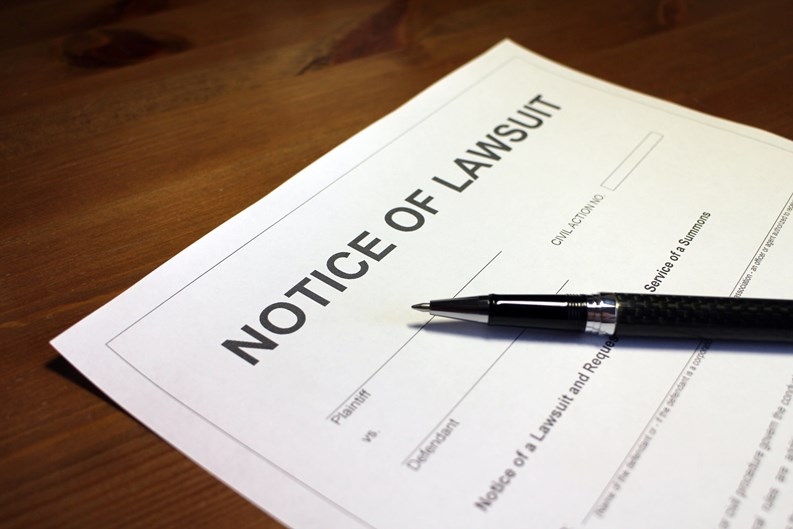 In today’s litigious society, lawsuits are an unpleasant fact of life. Everyone has a gripe – and that gripe can often result in legal action. The question is, how is your cooperative corporation, condominium association, or HOA protected, and how should litigation be handled? It’s a complicated joint effort that involves board directors, residents, attorneys, managing agents, and insurance professionals. It’s also serious business and should be treated as such, and never neglected.

For the purposes of co-ops and condominiums, lawsuits can fall into several categories, all of them warranting professional attention. The first consideration is whether the cause of the suit is an item covered (or not covered) by the building’s insurance. The determination of whether the substance of the suit is covered or not will dictate the process of answering the complaint.

Lawsuits can originate from any number of situations. The plaintiffs may be residents of the property; fellow co-operators or condominium owners who may have issues with the board or a board action; or with each other. Alternatively, the plaintiff might be a nonresident – perhaps someone who was injured somehow while visiting the property, say a slip and fall on an icy surface. Or the action might result from a disagreement with a vendor who has a conflict with the corporation or association.

Suits resulting from slips or falls or other injuries are generally covered under a property’s liability insurance. On the other hand, suits resulting from disagreements between residents and the board about substantive governance issues are more likely covered under the board’s Directors and Officers (D&O) policy. Conflicts with vendors tend not to be covered under any policy, and therefore are defended differently, as might usually be the case with conflicts between residents as well.

Ed Mackoul is the President of Mackoul Risk Solutions, an insurance firm with offices in New York City, Long Island, and New Jersey. “There is no substantive difference in how insurance claims are handled from state to state,” he says, despite the fact that each state has its own insurance department and commissioner. “There is a difference from company to company, though. You have to know your carrier and policy.

“When a lawsuit is served,” Mackoul continues, “the first step is to report the claim to the insurance broker so that he can notify the carrier. The moment you know something is brewing on the liability side, you need to put in a claim. It could be something as simple as an email from an unhappy owner. Your insurance carrier wants to know at the first possible moment if something could result in a lawsuit.”

Chris Florio, an attorney and partner at the Lawrenceville, New Jersey office of Stark & Stark, says: “A lawsuit starts even before the complaint has been served. When you look at insurance policies, which are contracts, we learned a long time ago that if there’s the potential for a suit – [even if] it could be years down the road – you need to give written notice to the insurance broker of the potential for a suit.” This act is known as timely notification. “Policies contain language that state if you don’t give adequate notice for a suit, the carrier may issue a declination of the claim. You have to give the insurance company an opportunity to either reach out to the injured party, or prepare for the suit.”

“The notice must be in writing,” says Frank Flynn, Managing Partner/Owner of the Flynn Law Group, based in Boston. Additionally, he says it’s better to notify both the broker and the carrier  – not just the broker.

It’s also important to mention that notifying your carrier of a potential legal action will not increase your premiums. On the other hand, though, a severe series of missteps involving untimely notice could affect your next policy and premium costs.

Who Handles the Defense?

In the event of a complaint, the first key person to be notified is clearly the insurance broker, and through the broker, the carrier. At the same time, notification should go to the corporation or association attorney and the managing agent. It often may be that the managing agent or the attorney are the first to be served with the suit on the behalf of the condo or co-op. The attorney for the complainant will often search property records for the property’s representatives which are in many cases the attorney or manager, so they may already have received notice of the suit.

Frank Lombardi, a principal at the law firm of Goodman, Shapiro & Lombardi, with offices in both Massachusetts and Rhode Island, points out that “in New England, where there are many small, self-managed condominium associations, the attorney is often the contact person,” on legal and public documents. “He or she often is the recipient of legal notices for his or her clients.”

Michael Kim, Principal at Chicago-based law firm Michael C. Kim & Associates, explains: “We look to see what is the nature of the case and who is bringing it,” to determine whether or not there is coverage. “Is it a unit owner, a board member, someone within the community, versus an outside party like a contractor or a member of the public who claims injury while on the property? From a practical standpoint, that will affect who or what is likely to be available in terms in insurance coverage.”

Often, notice requirements depend on what type of injury occurred, and under what policy that injury is covered. Kim explains that commercial general liability policies are occurrence policies – meaning the current carrier does not inherit prior claims. The claim must be made and directed to the carrier in place at the time of the injury. D&O policies, on the other hand, are different. Whatever carrier is in place at the time of the claim is liable for the defense of the lawsuit.

Mackoul says that “breach of contract—a case where an association or corporation refuses to pay a vendor for shoddy work and is sued by the vendor, for example—is not generally covered under general liability insurance. It’s something typically covered under a D&O policy. The D&O carrier will in most cases defend the association, but they don’t pay judgments. The defense will be equal to the court costs. The board and the building will be on the hook for the amount of the judgment.”

Scott Piekarsky, a community law attorney with Piekarsky & Associates, based in Wyckoff, New Jersey, says: “Associations and corporations should never take a lawsuit into their own hands and play lawyer, thinking they know what they’re doing. Even if a board member is a lawyer, leave it to your counsel. Anything you say can be used against you in ensuing litigation. Get professional help. Don’t discuss the case with anyone, and don’t ignore it. Don’t put it in a pile and think it’s going away. It won’t – and then it can turn into a bigger problem. Don’t try to confront the person and try to intimidate them. Go through normal channels. That’s why they exist.”

Mark Hakim, an attorney with Manhattan-based law firm Schwartz Sladkus Reich Greenberg & Atlas, LLP, concurs. “Don’t discuss the case,” he says. “Don’t admit anything. If you run into the complainant in the elevator, say ‘Hi’ and get out of the elevator. There is no good to having a discussion, whether on or off the record. The last thing you want to do is prejudice the case by saying the wrong thing with the right intent.”

The message is clear: don’t ignore the action; it’s serious. Let the professionals do their work, but above all, don’t say a word.

Will the insurance company settle? That depends on many factors, the most important being cost. If the defense would be costlier than the settlement, the insurer will likely settle. Why expend many hours and legal fees to defend an action that would settle for less? Alternatively, in some cases, if the carrier is of the opinion that settling a claim may result in more similar claims, they may defend it to avoid an avalanche of cases with the expectation on the part of the plaintiffs that the carrier is an easy mark.

In the case of a non-covered action, the co-op or condo board and their legal representative must make the same calculation as the insurance company would. Does it pay to defend the action or is it more reasonable to settle? Would settling bring about additional actions? A third alternative is to try alternative dispute resolution, or ADR.

Andrew Freedland, an attorney with the New York City-based Anderson Kill, describes a case he had some years ago that highlights the importance of timely notice: “We had a case, a strange situation, where there was a fall, but nobody knew about it. The injured never made a claim. The super wasn’t aware of the fall nor was management. Some nine or 10 months later, we received a summons and complaint at our office. I called the client building. They weren’t aware of it. They wrote a letter to the insurance company and ultimately the insurance company defended against the suit. The carrier, though, did come back to the co-op to ask if anyone knew about [the person’s fall]. In the end, they were okay about it, even though the notice was less than timely.”

Another practical consideration, says Freedland, “Is if you have a shareholder suing the co-op, it can make for difficult logistics. It goes without saying that depending on what the suit is, large or small, you may not be able to release any details at an annual meeting. Other shareholders may be very curious, because they are ultimately responsible if there is a judgment against the co-op which could result in an assessment. We once had litigation in a co-op property with the original sponsor. He came to every board meeting. We couldn’t discuss the case.”

Lawsuits are complicated and expensive affairs. They can also cast a pall over a co-op or condo community. Following proper procedure in a prompt manner is imperative to the efficient handling of the matter. Boards should also remember how expensive and time-consuming litigation can be. Under certain circumstances alternatives should be considered. That option is known as alternative dispute resolution (ADR), which will be discussed in-depth in part II of this article.