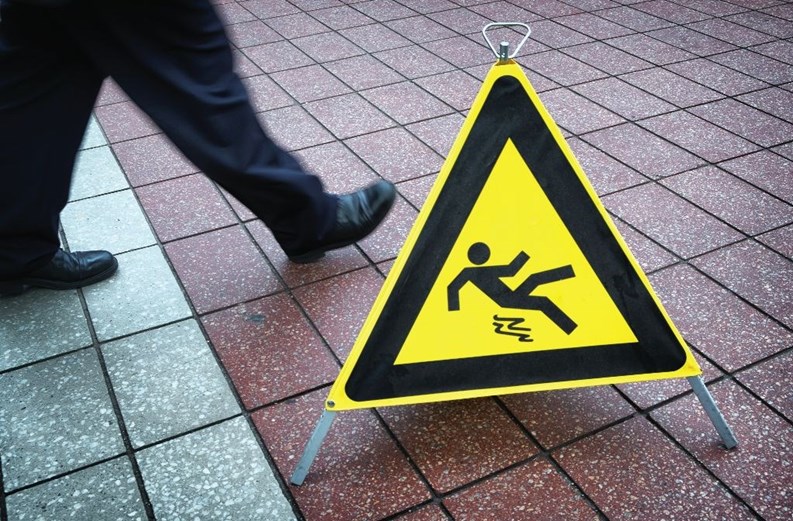 For co-ops, condos, and HOAs, insurance premiums are some of those quiet necessities that tend to fly under the budgetary radar until it is time to examine the bottom line, provoking a search for savings.

Without a doubt, insurance expenses can be significant. Fortunately, examining risk and liability can bring those costs down…and keep them down. Certainly, this process requires a time commitment from board members, managers, residents, and insurers; in the end, however, reducing risk not only saves on premiums, but helps to make the community a safer, more efficient place to live, as well.

Often—too often, in fact—issues of liability and risk are examined only after problems have occurred. Usually, insurance holders address matters “because something bad has happened,” says Robert M. Prince, a partner at the law firm of Chatt & Prince P.C., based in Hinsdale, Illinois. “Someone has been hurt or a lawsuit filed…it’s more reactive in nature. Other times, a new case or law comes out and that prompts boards and managers to look at how they’re doing things,” he says.

Though, these days, “Associations are doing more with less money,” says Prince. “They want to pay less to insurers or attorneys, and they’re being more proactive about costs.”

Thankfully, a number of options exist to reduce risks that elevate insurance costs. One of the first steps to take in making these assessments is to talk to the insurance agent, says Michael Conte of Ron Tepperman Inc., an insurance company based in New York City.

“First and foremost, we encourage them to invite us down to their building,” says Conte. “This is much overlooked, but we want to be involved…to see the building up close and personal. We don’t want to rely on an inspector giving third-person assessments. We recommend establishing relationships with the firm where they can ask good questions and get me involved in things that are going on. We can give an idea of things that the building may want to address.”

Keep Ahead of the Curve

Conte gives an example of a group of buildings that asked his firm to put together guidelines for contractors to follow. “They knew we would know of any trapdoors they might not be able to see,” he says.

Conte’s firm was able to provide guidance to the building’s board members and managers, advising them to make sure they did not use contractors who did not have proper insurance coverage. “If the contractor breaks the pipe, his insurance will pay if his policy is valid,” says Conte. “If not, the building’s insurer will pay for it, which means higher premiums.”

Board members and managers must stay abreast of the curve, anticipating issues before they arise. “I’d say that co-op and condo boards are—in essence—the gatekeepers to all the potential risks that the associations and buildings can face,” says Loretta Worters, the vice president of communications at the Insurance Information Institute (I.I.I.) in New York City.

One risks is failing to own the proper insurance, Worters says. “After Hurricane Sandy, many condos were flooded, and people found out that their board had not purchased flood insurance, which wound up costing them more as they had to reassess their fees for damage to common areas,” she says.

Engaging building staff is integral to success, as well. “Tell them how important it is to keep the halls clean and well lit,” says Conte. “Approach issues with compassion. Identify things that are potential hazards, and deal with them in a timely manner.”

Beyond board members, management and staff, residents should be watchful of potential problem areas, also. “Get residents involved,” says Conte. “If they see a little water or something askew, they should let someone know. Everybody needs to be on the same team.”

Prince agrees. “I’m a fan of letting people get involved where they can,” he says. “Form an advisory committee to gather information for the board. Give residents vested interests. Ideas are always a good thing and generally free. They help you move forward.”

Definitely, have watchful eyes attuned to problem areas, but also ensure that all obligations are being met with the insurance that is in place. “Are they doing what they are supposed to be doing, according to the law and their building’s governing documents?” asks Prince.

Also, the attorney for the co-op or condo can keep everyone involved focused and on point. “They can put together a responsibility chart…what the board needs to be doing; what owners have to do to keep things going smoothly…and what specific items are the owner’s responsibility?” says Prince.

For example: delineating where the individual unit owner’s roof starts and ends versus where the HOA or condo community’s responsibilities begin. Undoubtedly, having those issues clear and understood will ensure everything is properly insured and covered—again reducing liability risk.

Once all parties are informed and engaged, one should begin a thorough examination of all potential risks and liabilities. One way to do so is through a safety audit, says Prince. “Bring in a third party to look at it and see if everything is up to code and safe. Look at it for the building, and the property as a whole.”

Generally, proactive practices reap savings and benefits. “Walk through the property every year to determine if things are at a point of failing, or pose a danger to unit owners or others outside,” says Prince. Putting up signs and alerting residents to potential risks can be beneficial, as well. “Work with your attorney to figure out what to put on the signs,” says Prince, as something as seemingly insignificant as wording can make a difference in liability.

Furthermore, remember that no issue is too small to consider. Risk is found in things as seemingly innocuous as “a broken step or an electrical box not properly covered,” says Conte. He cites an example of a building where the cable junctions were left exposed in the hallway, a problem that could have been solved with a plastic cover that costs less than a dollar.

Pools pose their own special set of risks. “If there’s a pool, what are the risks there?” says Worters. Board members and managers should be engaged in “making sure you have a lifeguard on duty…there is no access to the pool when there is no lifeguard on duty, and upping liability limits if the condo or co-op has a pool.”

Every piece of the puzzle matters when assessing risk. “You have to be diligent with those simple things,” says Conte. “The proactive approach is very, very helpful. We end up getting a better price for our clients because we pay attention to the details.”

Also, stay on top of maintenance and remedy problems immediately in order to ensure “appropriate documentation that all repair work has been done,” says Worters. “Communication is also key, making sure communities are aware of any problems and that they have been fixed quickly to reduce any liability.”

When assessing the risk and inherent costs associated with those risks, insurers examine a broad range of components. They tend to look at the number of incidents versus a large loss. Seeing a lot of little claims made by the building or community “makes you question maintenance,” says Conte. “When you see multiple trips and falls, you think there’s a problem.” For example, he says, if a woman falls and there’s a $400,000 claim, that type of thing happens from time to time; but if falls happen over and over again—even if the payout is small—then something is wrong. “It’s frequency over severity,” Conte adds. “In a five-year period in a co-op or condo, two incidents would be a lot.”

In the information age, there are even more elements for underwriters to examine in determining liability and risk for potential clients. “The underwriter may go online and see what violations are outstanding for the building,” says Conte. “Sometimes, these can be explained, and sometimes not. Managing agents are charged with seeing that there are no violations…like an elevator not leveling with the floor, or an intercom system not working properly.”

Underwriters may even visit building review sites or check for mentions online of bed bug issues. Bad reviews, or representation on any type of negative list, may indicate an undesirable management style or inherent problems with the building or community, all of which could equal potential, costly risks in the eyes of an insurer.

“Work with an insurance broker who specializes in condos or co-ops and the risks inherent in them,” Worters says. “They might utilize the expertise of a risk manager to look at all the risks, such as slip and falls, burglaries, the need for flood or earthquake insurance if the condo or co-op is in close proximity to the coast or a fault line; if there’s a pool, what are the risks there?”

As painful as the bottom line is with insurance, costs have actually held firm, according to Conte, who recently found a policy that his firm wrote for a building in Brooklyn in 1929. After examining the policy, he found that the fire rate was 37 cents per hundred while the fire rate today is 34 cents per hundred. The difference today rests in the fact that rebuilding costs are so much different and noticeably higher.

While it only would have cost $2,250 to rebuild that 1929 property, buildings today can run into the tens of millions for replacement, multiplying factors such as that fire rate. Therefore, policies today may not be overpriced, “but as the cost of materials goes up, so does rebuilding costs,” says Conte.