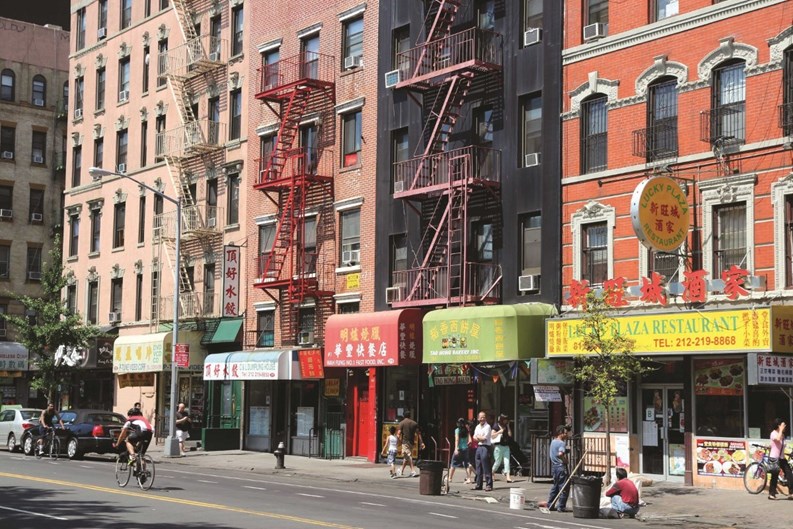 While having goods and services like retail stores, banks and dry cleaners on-site can be convenient and viewed as a positive by co-op or condo unit owners and neighbors, not every commercial tenant is a good fit for every community or HOA. Leasing space to the right businesses—and really understanding the nature of the association/commercial tenant relationship—is key to a successful, mutually beneficial arrangement between the two parties.

For boards and managers, the biggest issue is often misunderstanding the nature of the relationship between the business owner and the association.

“One of the biggest mistakes I have seen is where boards are so understandably excited about the new revenue that they fail to put the team together and ask questions prior to the tenant being found and instead wait until the tenant is found,” says New Bedford Management CEO Peter von Simson.

Eric Goidel, a senior partner at the Manhattan-based law firm Borah Goldstein Altschuler Nahins & Goidel, P.C., explains that condominiums rarely own commercial space, whereas a cooperative may own or control the allotted space or will own the building and lease the property. If the commercial unit is a common element owned by the association, the association is the landlord; however, a more likely scenario is that the sponsor or developer reserved a long-term master lease of the commercial space.

“If the co-op is the landlord of the property and the sponsor/developer is the tenant—they in turn sublet the space to commercial users,” says Goidel. “In the condominium, the residential and commercial units are owned by a deed and fee and typically it’s rare, if ever, that the condominium controls any of the commercial space.”

After a board determines its relationship to the space in question, one of the next questions is what type of business will be the best fit. In many cases, five year leases or longer are executed. Therefore if the board does have control over the space it becomes incumbent to not only consider the needs of unit owners, but of neighbors as well.

“An ideal tenant is someone that has a good reputation in their industry, financially qualified to lease or buy the space and a tenant that compliments the needs of the homeowners,” says Carmelo Milio, CPM and director of property management for Trion Real Estate Management, with offices in Yonkers and New York City.

Boards and managers usually look to the perceived benefits that a commercial tenant might offer, which normally has a fiscal implication; however it’s not always a prudent approach. “One of the biggest mistakes is not enough due diligence when screening a few applicant or reviewing the lease requirements,” says Milio. “We recommend that an attorney review the lease and amends it so that the board and management are covered in the event of a loss.”

While banks, drug stores and dry cleaners are usually viewed as favorable tenants as opposed to a bar or restaurant, if a board does have control of the commercial space it’s suggested to not only look at the amount of rent received—but also take a longer view.

“The co-op or condominium will be relying on this cash flow to defray the cost of managing the rest of the property,” says Goidel. “The question is: are they willing to trade income for a tenant that better serves their residents rather than a tenant that is willing to pay a higher rent? Some of these boards get razzle-dazzled by some of the numbers that are thrown around for rent.”

For inexperienced board members, the role of landlord can be vexing, as the nature of a commercial tenancy is different than a residential tenancy. In these cases, having experienced oversight is critical as well as listening to resident concerns, especially those living on the lower floors.

“Because a commercial space is such a large asset for a building it has to be operated as such. The board should pull their team of professionals together comprising their attorney, their accountant, their management company as well as a commercial broker to discuss the building’s expectations and concerns,” says von Simson. “Both in terms of revenue as well as quality of life, how the revenue will be treated, and will it remain in the operating fund or be transferred to the reserve account.”

Businesses considered to be 'high risk' tenants can impact the way a board or manager interacts with the property. If the commercial space is not under the board’s jurisdiction, resolving issues can become burdensome and costly. If proper due diligence is levied prior to the tenant signing the contract however, those kinds of headaches can be avoided.

“In the case of a restaurant or bar, the operational issues are to ask for a copy of the entity’s insurance policy naming the building and management as additionally insured, and to make sure the water usage by the bar or restaurant is either being submetered or is accounted for in the rent,” says von Simson. “Also make sure the garbage is being handled by a commercial garbage company to limit its impact on the residential space—the same is true with deliveries, as well as extermination services.”

Over the course of his career, von Simson says the most difficult issues to resolve are foot traffic and noise. “Now that smoking is not allowed inside restaurants and such, there are very frequently groups of people standing outside smoking. The noise generated, and at times the smoke itself is very difficult to control, and can lead to stress between residents of a building and the restaurant/bar.”

Whether the commercial space is governed by the board or by the developer, municipal and state laws, such as zoning regulations, insurance requirements and environmental regulations, supersede any condominium or cooperative governing documents. However, the declaration may provide limitations on what commercial business can operate in the space.

“Typically in the bylaws and house rules there may be certain restrictions in a condominium on certain uses of commercial space, but if those restrictions do not exist, the unit owner of the space basically has an unbridled ability to rent for any legal purpose,” says Goidel.

In a condominium, Goidel explains that if a residential unit owner wants to rent the unit to a doctor or consultant, commonly condominium boards are given the right of first refusal. “If the board matches the terms, they can find their own buyer. This is typically not existent on the commercial side of the equation. The commercial unit owner doesn’t have to offer any right of first refusal to the board of managers.”

All board members, developers and managers agree on one thing: the importance of liability protection. To this end, insurance requirements are a serious issue. “The tenant must have insurance that will cover the damage to their store and enough coverage to cover any damage to the building in the event of a major loss,” says Milio.

However, when it comes to insurance, there can be gray areas. For example, if a condominium is operating as a separate entity than the business owner but shares common space like a lobby, additional oversight could be required. “Required insurance is often a product of negotiation on a lease situation,” says Goidel. “If the commercial unit is owned by someone else, the board doesn’t get the right to impose any insurance requirements.”

Goidel adds that for cooperatives, a master commercial lease is usually in place. As such, the sponsor/developer will normally create “bare bones” insurance coverage. “While it's always good to have greater insurance coverage, I wouldn’t be that concerned about it because the co-op maintains insurance on the entire property and the condominium on the common areas.”

Aside from insurance concerns, there are the day-to-day issues that require oversight. Whether the board has control over the commercial space or not, oftentimes building managers will serve as mediators between the business owner and the board acting as as the point of contact for matters that concern the association.

“At the end of the day the manager is responsible to oversee any space in the building regardless of if it’s commercial, residential or common area,” says Milio. “The tenant maintains their space but we do periodic inspection in all commercial spaces to ensure that it’s being maintained as per the lease requirements.”

In many cases, mediation will work. For example, there might be an issue with a doctor’s office not properly taking care of garbage and recyclables or a business that is playing music at high volumes. These are usually considered easy fixes but other not-so-easy issues can lead to lawsuits.

“In the situation where the cooperative or condominium does own the commercial space, the manager plays a significant role,” says Goidel. “They are the go-between between the board and the tenant. And if the board doesn’t have control, the manager becomes the liaison and it goes to enforcing the obligations, limited or otherwise, under the master commercial lease.”

While common sense can provide a certain level of guidance to a board charged with deciding on what type of business should occupy the space and for how long, there are often unseen pitfalls.

Determining the length of a lease is an equally important issue. A forward-looking, community-minded tenant can make for a pleasant experience, but rental rates, fee structures and obligations have to be considered as all tenants look to sign longer leases at lower annual rates.

“An average lease is around five years and many times is offered with additional five year options,” says Milio. “It’s important that the lease includes all restrictions, insurance requirements, terms of payment and default.” 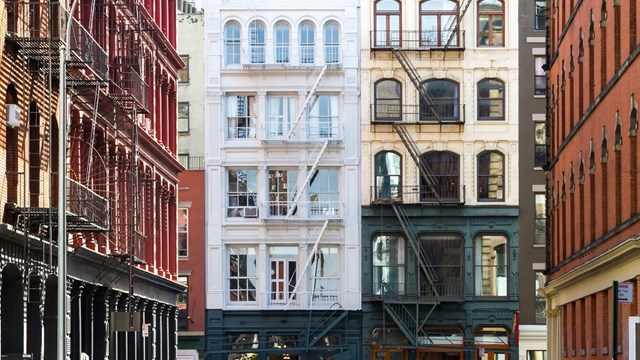