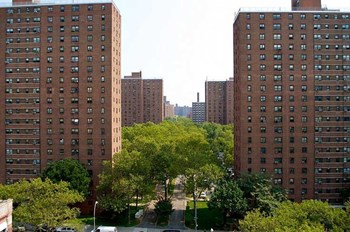 This week, New York State Assemblymember Linda B. Rosenthal (D/WF-Manhattan) and State Senator Brian Kavanagh (D-Manhattan and Brooklyn) announce the passage of their Mitchell-Lama reform bill (A.7272/S.6412) in both the New York State Assembly and Senate. According to a State Senate press release, the bill is on its way to Governor Andrew Cuomo’s desk for signature. Once it becomes law, the bill will implement a series of reforms around voting procedures, corporate governance, and dissolution processes in Mitchell-Lama cooperative housing, where advocates say the absence of such requirements has led to abuse of power and lack of transparency.

“For far too long, many Mitchell-Lama shareholders have been treated as second-class residents in their own homes by over-empowered boards pursuing agendas that serve the interest of the few, not the majority,” says Rosenthal. “This vital legislation will restore the balance of power in Mitchell-Lama housing. It ensures that shareholders have a real say over what happens in their buildings, and will help to preserve moderate- and middle-income housing for years to come. The Mitchell-Lama program is one of the state’s most successful affordable housing programs, but like so many other forms of affordable housing, we have lost too many units over the years to ill-advised privatization efforts. It is vital that we stem the loss of Mitchell-Lama affordable housing to ensure that there is a place in our city for working-class New Yorkers and their families.”

Created in 1955 by the Limited Profit Housing Act, the Mitchell-Lama program was intended to provide affordable rental and cooperative housing to moderate- and middle-income families. More than 100,000 New Yorkers currently live in Mitchell-Lama housing, according to the senate’s press release. The City’s Department of Housing Preservation and Development (HPD) and the State’s Division of Housing and Community Renewal (HCR) oversee the program, but the individual cooperatives are governed by a board of directors elected by the shareholders. Current state law does not require a set number of annual board or shareholder meetings.

The new legislation will require Mitchell-Lama co-op boards to hold a minimum of six public meetings each year. It will also eliminate proxy voting in exchange for an absentee ballot system, which is less prone to abuse. Additionally, the bill raises the threshold for a dissolution vote—the process by which a Mitchell-Lama building leaves the program voluntarily—to 80% of dwelling units, and imposes a five-year moratorium on holding such a vote after a failed one. Finally, the legislation will pause any and all formal steps toward privatization until the last of the Executive Orders related to the COVID-19 state of emergency expires or is rescinded.

“This bill is intended to ensure open, transparent governance of Mitchell-Lama cooperatives to protect the rights of shareholder residents and the public interest in preserving affordable housing in Mitchell-Lama buildings that have been subsidized for decades,” says Kavanagh. “I thank all the Mitchell-Lama residents who organized and advocated so effectively for these important changes and for an affordable future for their homes, Assemblymember Rosenthal for her long-standing, forceful leadership on these issues, and all of our colleagues in both houses of the legislature who supported the bill.”

According to the release, Rosenthal and Kavanagh worked with a broad coalition of resident advocates, including members of Cooperators United for Mitchell-Lama, Mitchell-Lama Residents Coalition, Brooklyn Mitchell-Lama Task Force, and Mitchell-Lama United, which collectively represent thousands of Mitchell-Lama residents. Dealice Fuller, Co-Chair of the Brooklyn Mitchell-Lama Task Force, Mitchell-United, Cooperators United For Mitchell-Lama, Lindsay Park Housing Co-op, says, “The provisions in A7272/S6412 will help us address some of the issues that we have been trying to get addressed for many, many years, such as the misuse of proxies, corruption, lack of transparency, and non-supervision of boards of directors. We lobbied in Albany for many, many years to get policies and legislation to help us address these issues confronting shareholders and renters to no avail, but thanks to Assemblywoman Linda Rosenthal and Senator Brian Kavanagh—our unwavering supporters of Mitchell-Lamas—we can see a light at the end of the tunnel.”

Christine Fowley, founding member of Committee to Preserve Cadman Towers, Cooperators United for Mitchell-Lama, and Mitchell-Lama United, adds that the bill “helps to correct many of the outrageous problems we have seen when a pro-privatization board of directors moves to take a development out of the program, and it makes the process harder by raising the vote percentage to be more in sync with other similar votes in publicly supported housing.”

According to Richard Heitler, President of the Board of Village East Towers, Board Member of Cooperators United for Mitchell-Lama, and Steering Committee Member of Mitchell-Lama United, “When a Mitchell-Lama cooperative leaves the program and becomes a private for-profit entity, a select few people walk away with a windfall profit. Everybody else in New York State loses. Mitchell-Lama cooperatives are the product of substantial public investments in the form of low-cost land, low- or no-interest mortgages, and decades of abated real estate taxes. The taxpayers of New York, who in the final analysis have all contributed to Mitchell-Lamas all over the State for the purpose of creating and sustaining affordable housing for working families, lose their entire investment. I am proud to be part of Mitchell-Lama United which represents those thousands of Mitchell-Lama residents and have mounted a campaign to make sure that social and economic justice—the ideals baked into the Mitchell-Lama program—triumph over individual selfishness and greed.”

Adds Sharon Torres, a shareholder of Cadman Towers in Brooklyn: “If Governor Cuomo signs A.7272/S.6412 into law, I believe it will be the most important Mitchell-Lama legislation since 1955, when Governor Averill Harriman signed the Mitchell-Lama program into law.”